Treasures from the Wreck of the Unbelievable by Damien Hirst

Treasures from the Wreck of the Unbelievable by Damien Hirst

The best way to visit the exhibition Treasures from the Wreck of the Unbelievable by Damien Hirst is totally unprepared… So if you are planning to visit Venice don’t read this post and book your design tour here.

Damien Hirst’s decade-in-the-making exhibition at Palazzo Grassi and Punta della Dogana is as unbelievable as his title implies. We have never seen a bigger disorienting, misterious and … humorous show in life.

Damien Hirst, with Treasures from the Wreck of the Unbelievable, has filled two museums and the outdoors with hundreds of objects in marble, gold and bronze, crystal, jade and malachite – gods, heroes and leviathans all supposedly lost in a legendary shipwreck two thousand years ago and now raised from the Indian Ocean.
The finding lent credence to the legend of Cif Amotan II, a freed slave from Antioch who lived between the mid-first and early-second centuries CE.

Many of these sculputers are exhibited prior to undergoimg restoration, heavily encrusted in corals and other marine life, at times rendering their forms virtually unrecognizable.

We suggest to begin the visit form Palazzo Grassi where you will come across the eighteen meters Demon with Bowl, a monumental exhibition enlargement of a smaller bronze recovered from the wreckage. 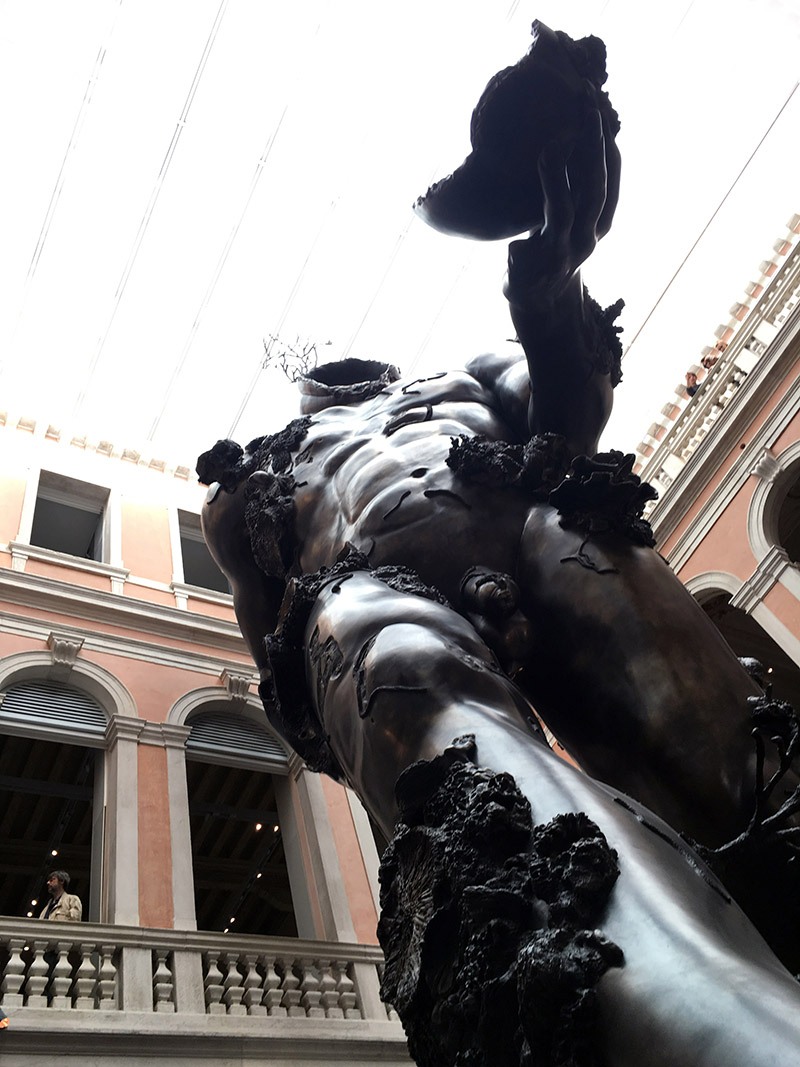 Two small cinemas in the mezzanine along the stairs tell us the finding with some reportage videos. Everything seems perfect form the barge to the pulleys, from the divers to the treasures…

But the question comes immediately in our mind: is that too much perfect? Is that really the truth? Efforts would seem to justify the truth…

…and then you will meet up with Hermaphrodite, Skull of a Cyclops, an Head of Sphinx, Cerberus, the Skull of Unicorn (?). Sometimes the object may be familiar but sometimes utterly quaint.
And you keep on thinking where is the truth? What about the videos? Is it possible that all the treasures have been buried and then rediscovered for the sake of this footage? 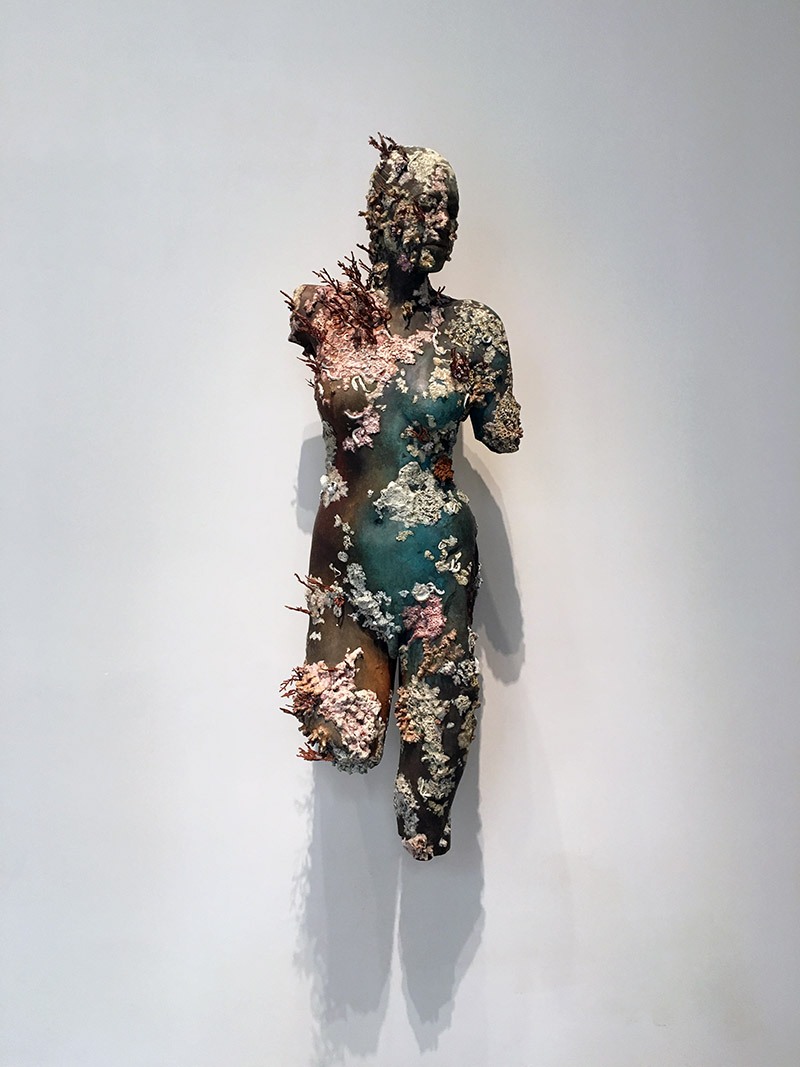 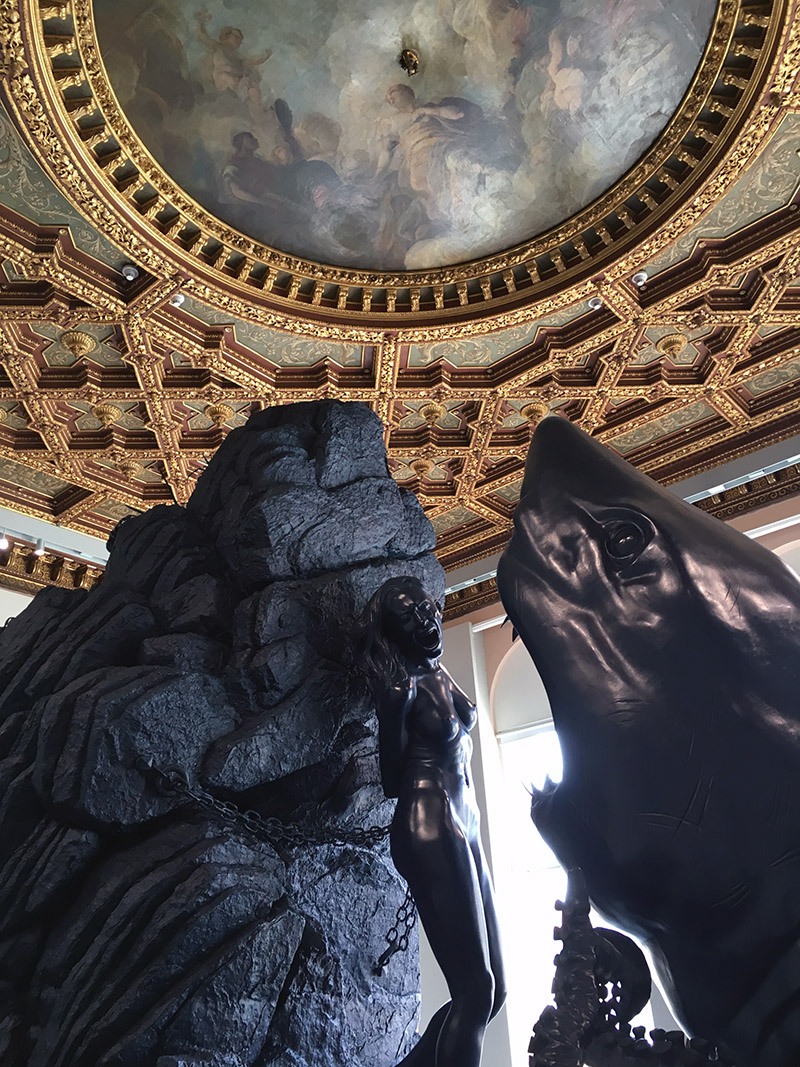 Andromeda and the Sea Monster

It doesn’t take a long while to realise the jokes and how it works and even to see that’s what they are, that lumbering obviousness is a set-up for darting clever mockery.

Everything becomes glaring when you run into Mikey (Mouse) carried by the Diver, Goofy and Best Friend the show is in fact a fiction about value and meaning, and the role of art as truth. It gradually becomes clear that this is not just a bewilder combination of storytelling, visual invention and slow-building humour, but a meditation on beliefs and truths. 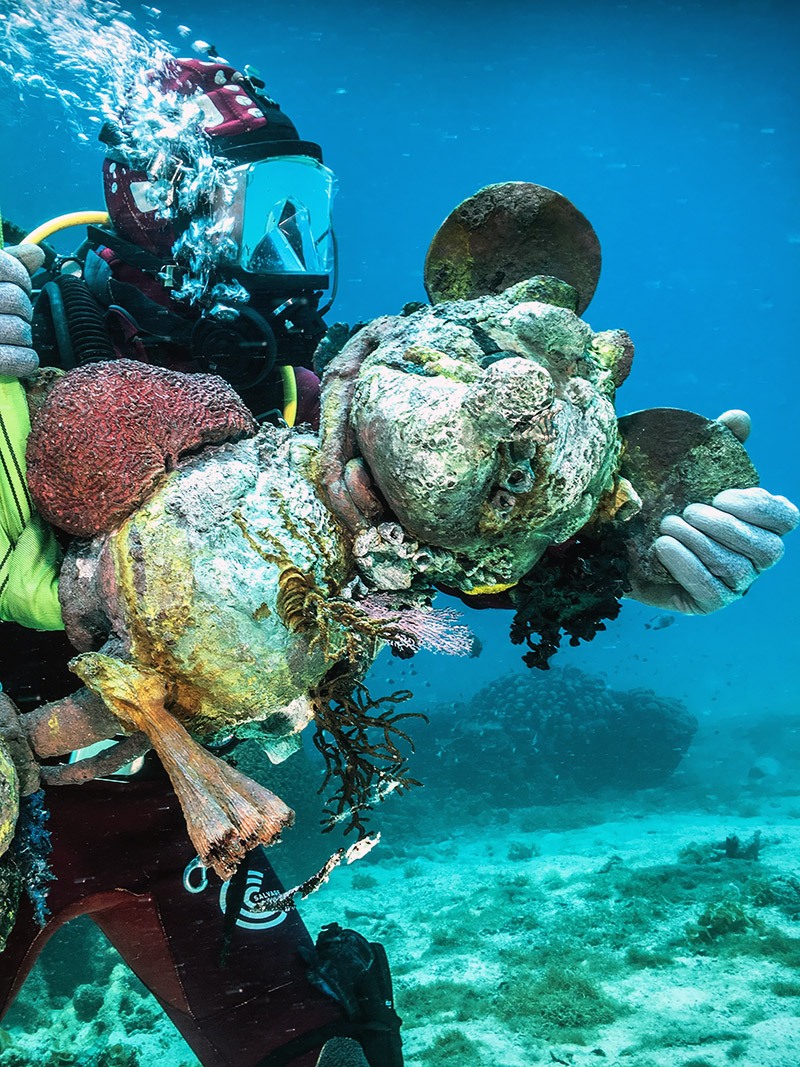 Mikey carried by the Diver ©Damien Hirst and Science Ltd. 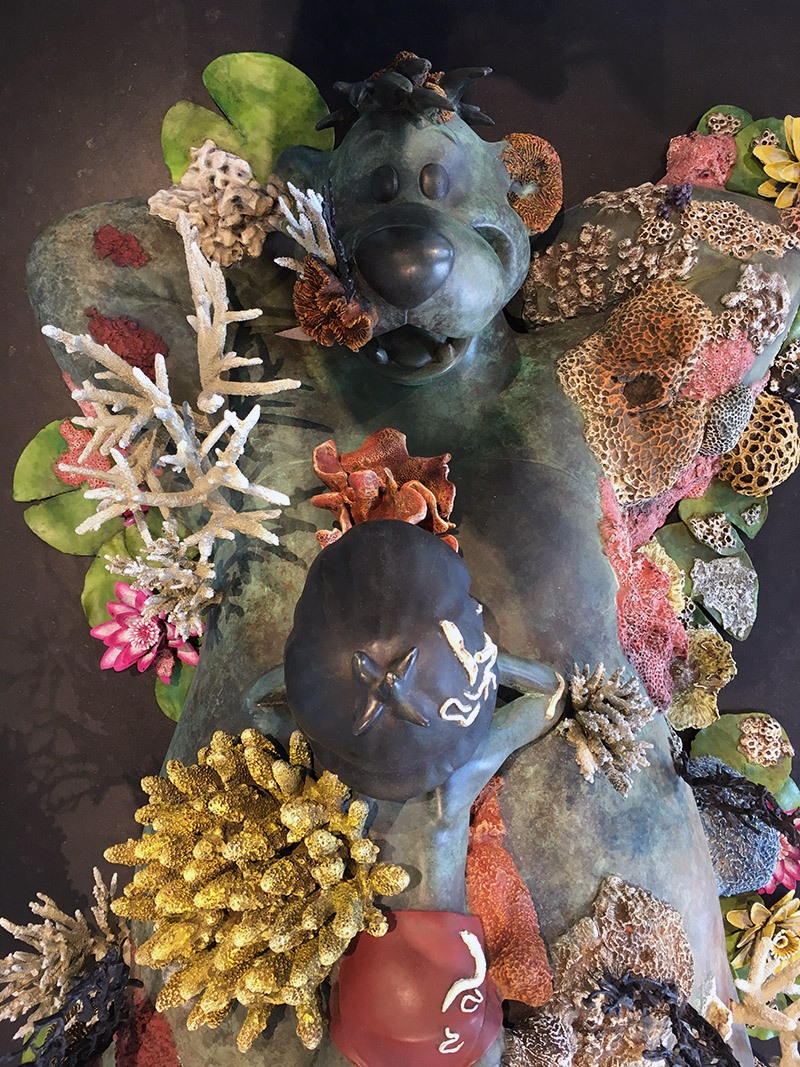 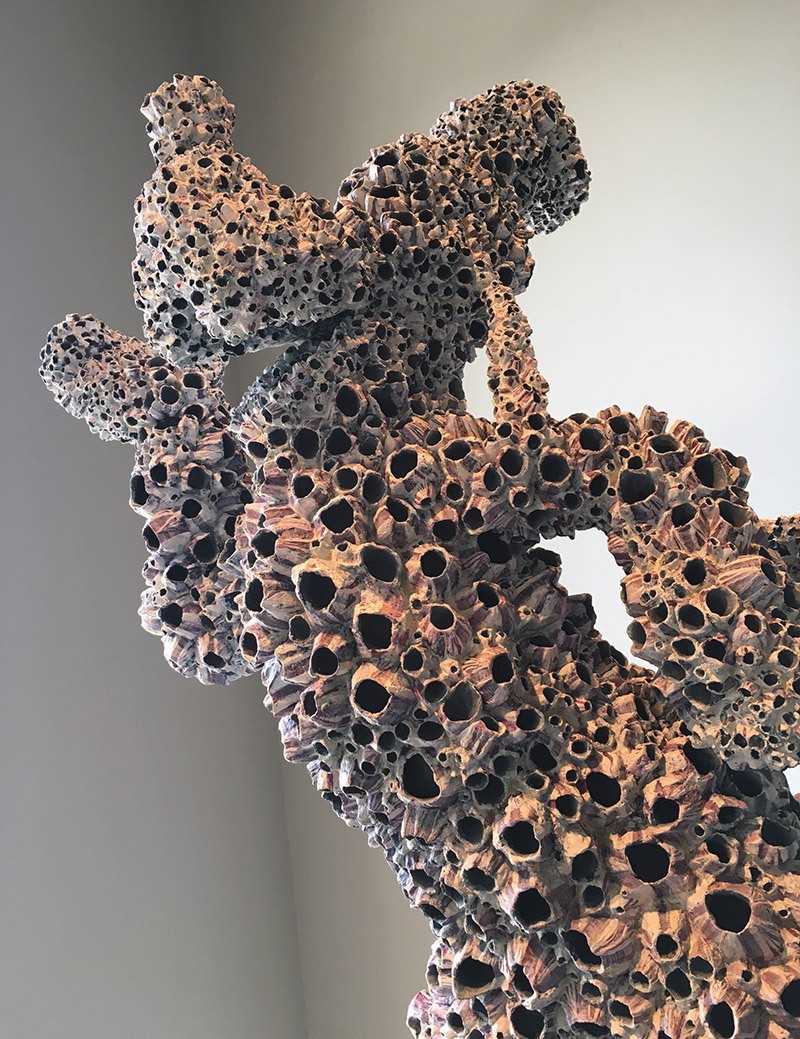 At Punta della dogana the joke is much more clear when immediatly you can read the word pun “Somewhere between lies and truth lies truth” and you can recognize a pharaoh that looks oddly like Pharrell Williams, or Aten, a red marble, grey agate and gold lief bust that looks like Rhianna (with piercing and tattoo). You can even find somewhere imprinted on the back of one statue “Made in China” or Five Antique Torsos and the photo of the same torsos (for those who have not yet understood), exposed in a out of timing surrealist exhibition. 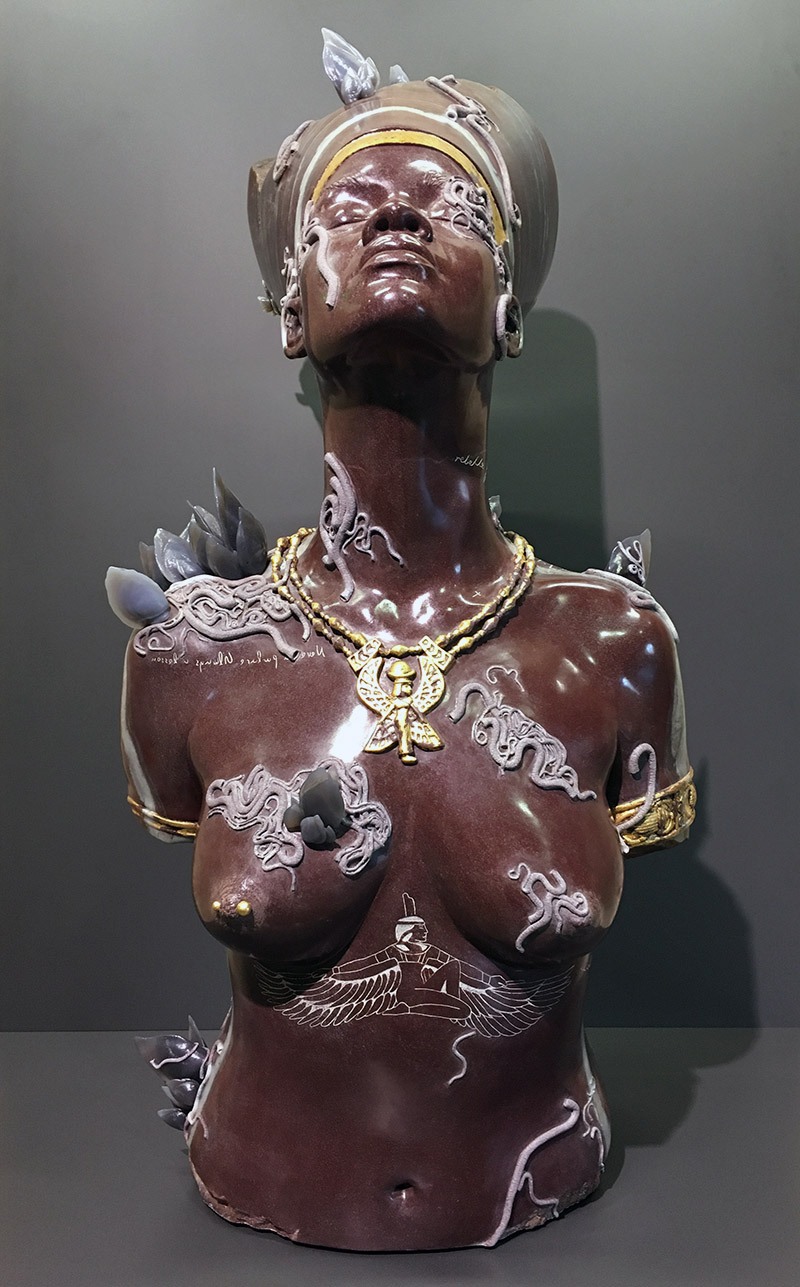 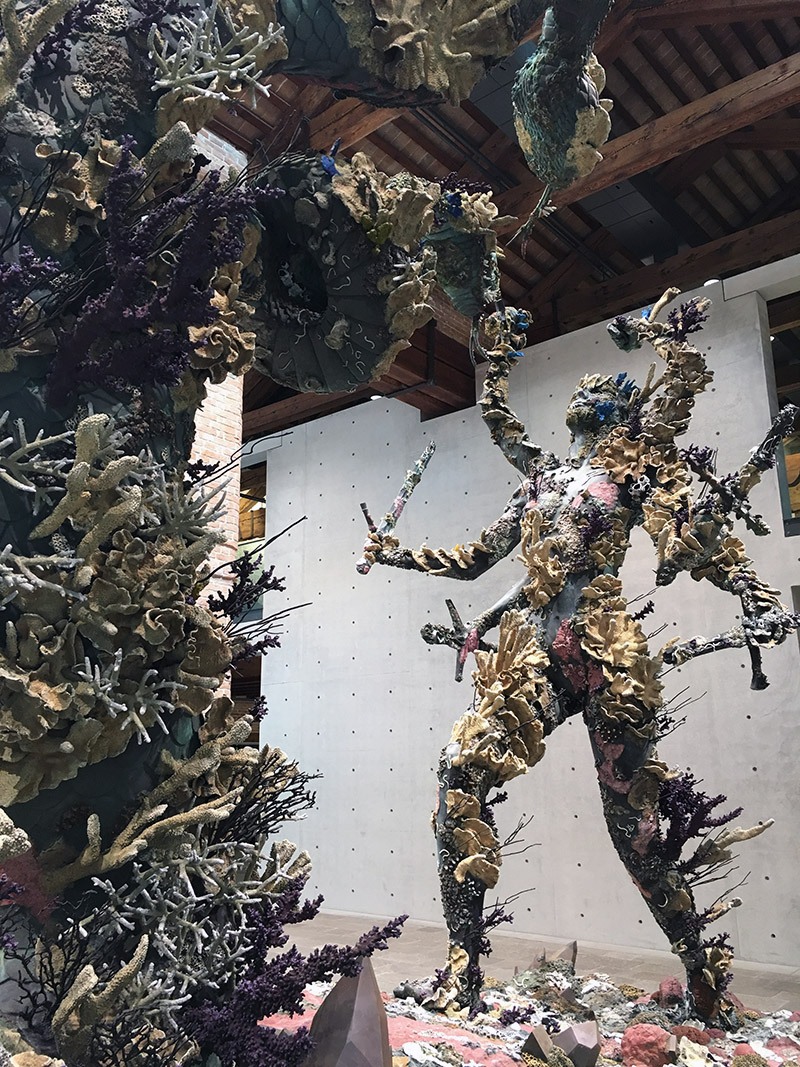 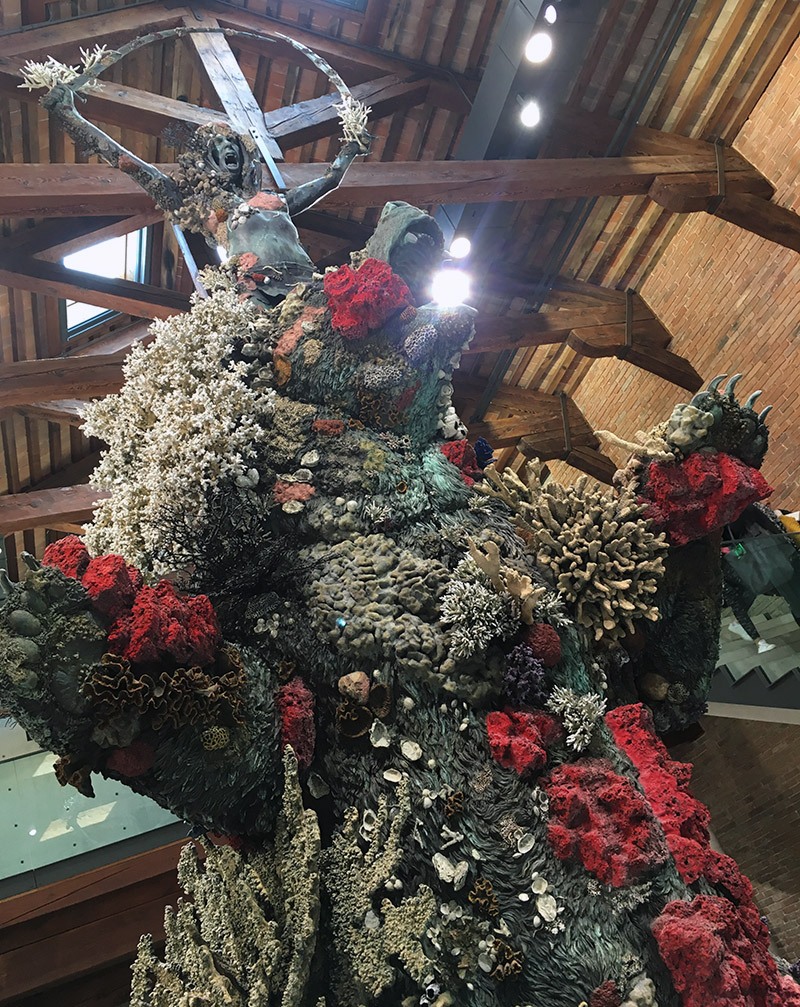 The Warrior and the Bear

In the end Treasures from the Wreck of the Unbelievable is a great series of reflections on fakery, belief, truth and absolutes.

You have just to recognize the Unbelievable…or the truth.

More info about Treasures from the Wreck of the Unbelievable here 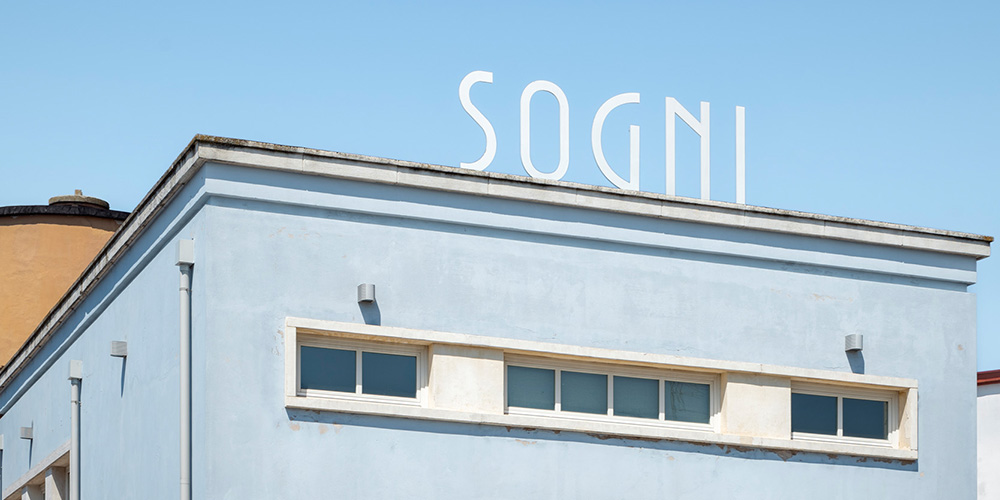 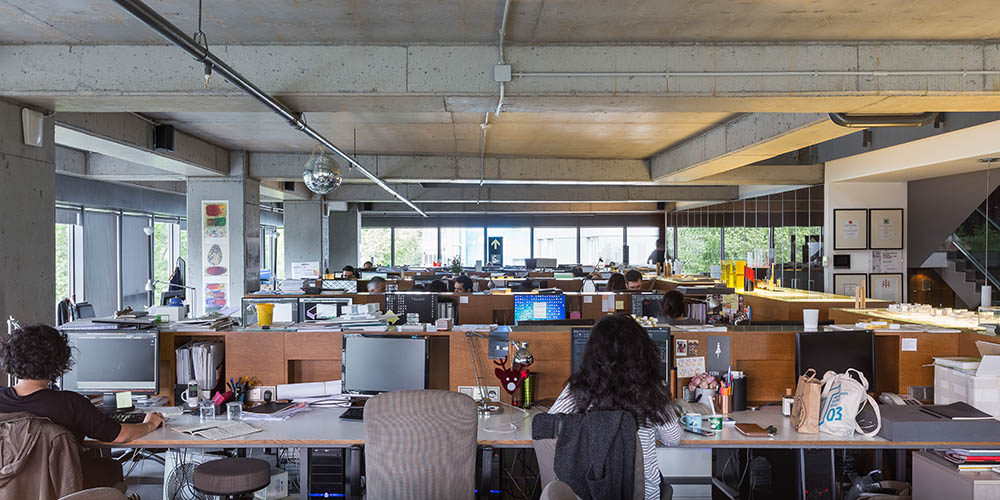 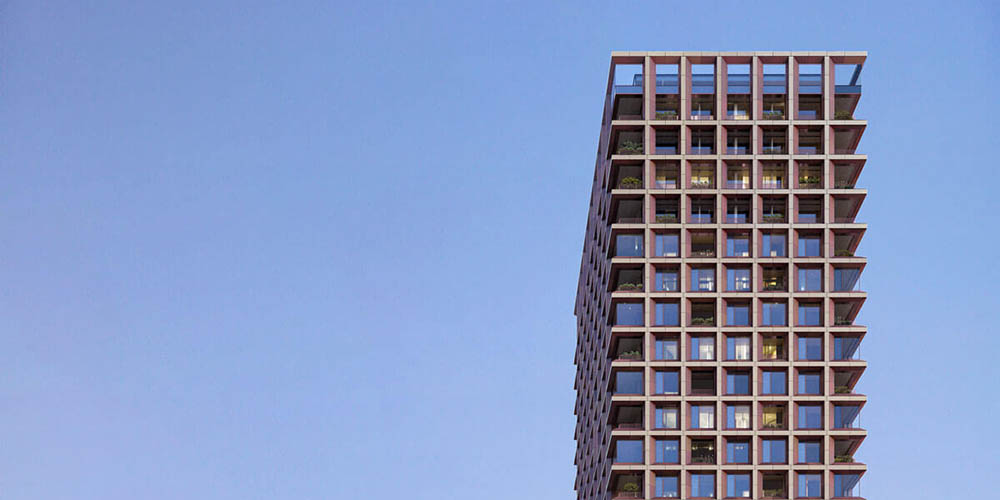 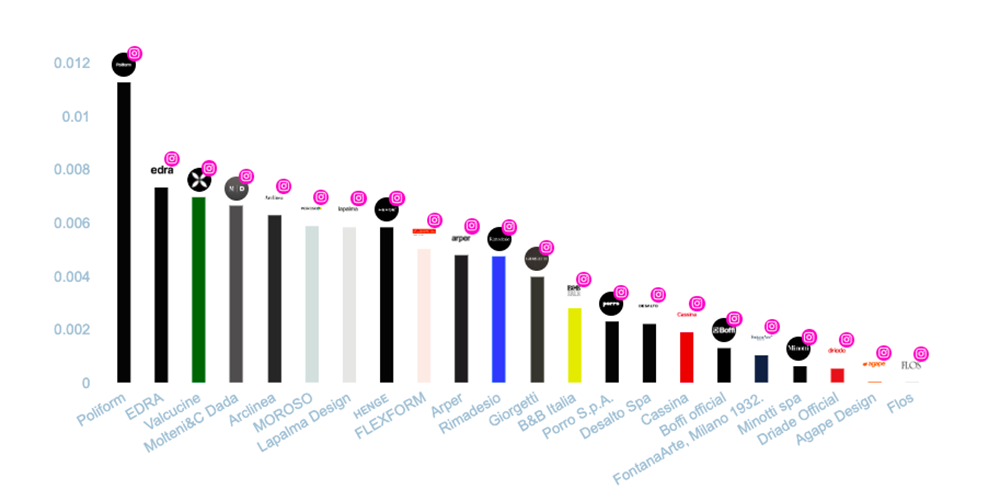