Europa Square in Barcelona has become a consolidated area that is one of the economic engines of the metropolitan area. The plaza project is based on the construction of a campus through the urbanization of roads, green spaces and mixed-use buildings that stand as architectural landmarks. The complex has become a real gateway to the city of Barcelona.

Torre Europa by GCA Architects is one of the key pieces of this environment and rises as a glazed volume of 21 floors that escapes the stereotypes of high-rise buildings, breaking down into 4 cubes that bring dynamism to the building while generating a series of terraces to enjoy the views offered by this unique enclave.

The façades embracing the terraces contrast with the glass of the main façade through the use of a darker glass that, together with the horizontal metallic bands, emphasizes the equilibrium of the volumes. 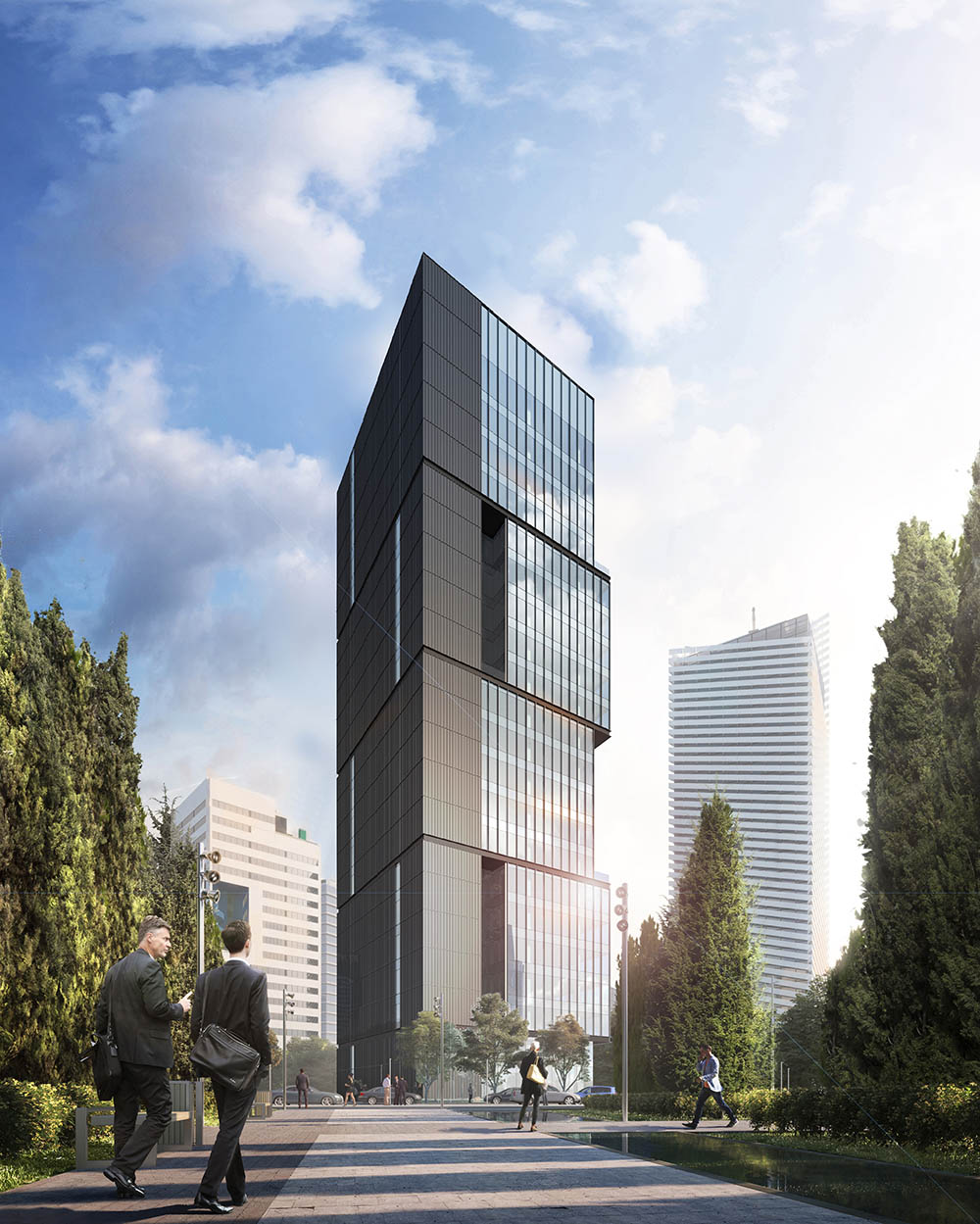 The rear façade is a slender aluminum volume that incorporates the vertical communication core and the common services, so that the area corresponding to the glazed zone is completely open-plan and diaphanous.

Both facade typologies are integrated through the arrangement of vertical aluminum slats that give continuity to the overall design. 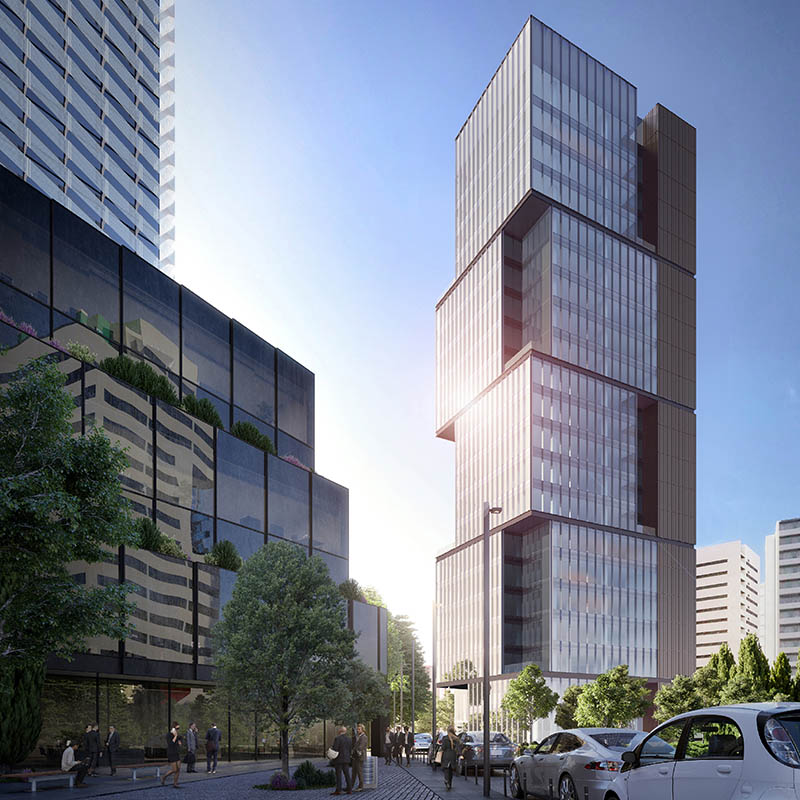 Inside, the sustainable building consists of 3 basement floors for parking, a first floor that serves as the main entrance to the building and incorporates a multipurpose room and 20 floors of office space. 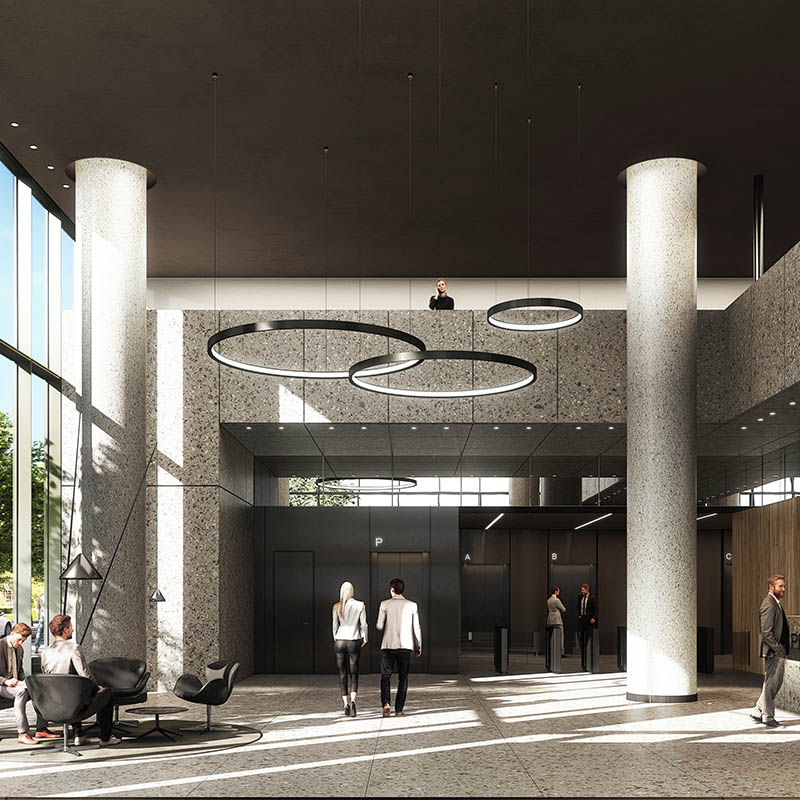 Structurally, the building is based on a system of pillars and post-tensioned slabs to obtain a reduced depth and maximize the spans between pillars. The floor plan is based on a strategy of optimizing the core, which is set back towards the rear façade to achieve larger office spaces and greater flexibility in layout.

The building has been designed under rigorous sustainability criteria to reduce not only energy consumption, but also the environmental impact of its construction, resulting in LEED Gold certification and a significant increase in user comfort and health. In terms of facilities, priority has been given to the use of technologies with minimum consumption and easy maintenance, resulting in a more efficient building in all senses of the word

GCA Architects, based in Barcelona, was founded in 1986 by Josep Juanpere and Antonio Puig. It is an architecture and design office whose creativity in design is capable of bringing out feelings and thrills out of simplicity, because of its character and personal touch in its technical determination. These values, with the search for the personal touch; the quality and precision build up our attitude towards learning and constant innovation reflects the common denominator of our design team. We take an international dimension consolidated with works in Europe, in cities as Paris, London, Brussels Lisbon, Milan or Prague between others, presence in America, New York, and Vancouver. In the year 2010 we opened office in Shanghai for the project development in Asia and we have projects in construction in several countries of Africa.