The restoration project of the Grand Théâtre de Québec by Canadian architecture firms Lemay and Atelier 21 has just been awarded four prestigious awards of excellence.

Two have been presented by the Ordre des architects du Québec – the jury’s highest honors and the public’s choice. SAB Magazine has also recognized the project with the Green Building Award as well as the Royal Architectural Institute of Canada, for its innovative prowess.

Prized for its brutalist architecture, the Grand Théâtre de Québec is a cultural icon. The concrete icon reflects the end of the Quiet Revolution in Quebec; the Bonet mural is one of the largest in the world.

The fragility of the work and the inability to directly access the anchors required a radical solution. 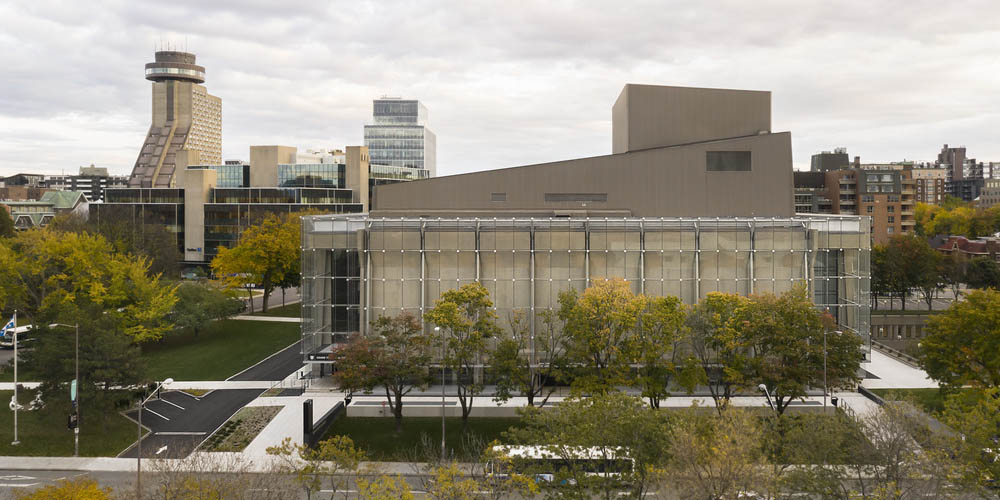 Lemay and Atelier 21 were tasked with restoring and protecting the building’s crumbling outer shell and its emblematic Bonet mural, inside.

The new glass architecture is a delicate response to a complex problem. In developing corrective measures for the building’s many weaknesses, the transdisciplinary team produced a sustainable, innovative solution: adding a transparent, glass curtain wall to the concrete structure.

The glazed façade of Grand Théâtre de Québec was carefully designed in continuity with the structure developed by Victor Prus, the original architect, and the mural work of Jordi Bonet, enshrined by Prus’ protective outer shell. 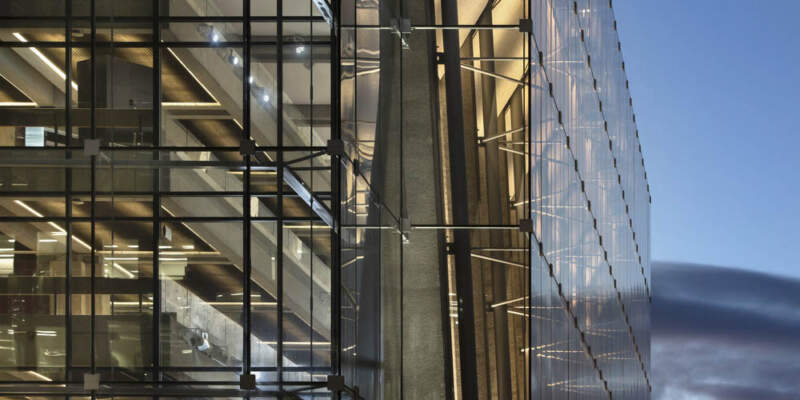 Discrete and almost immaterial at times, it reflects its surroundings and becomes the main interface with the city, adding an additional theatrical act in the discovery of this significant Quebecois work.

As designed, the thin wall of protective glass shields the Grand Théâtre de Québec from the elements by creating a secondary, tempered envelope housing a low-flow heat recovery and thermal mass system. 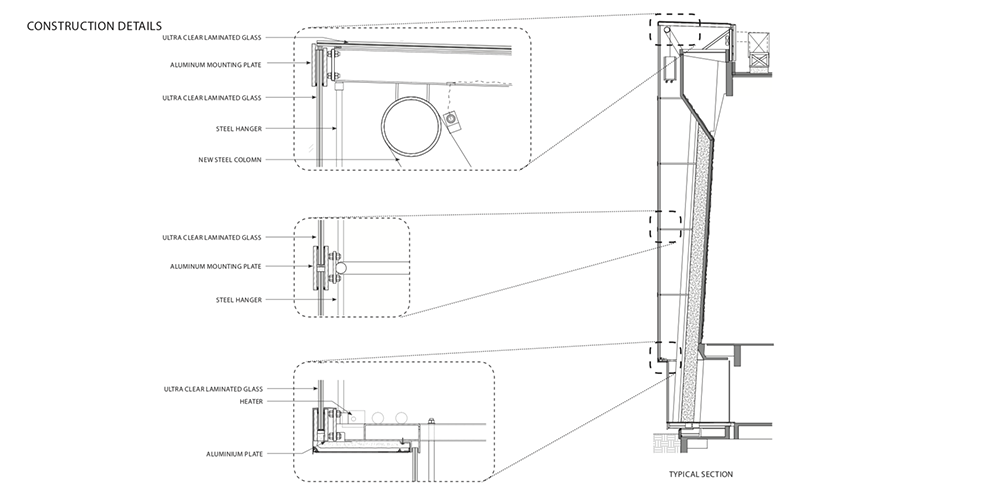 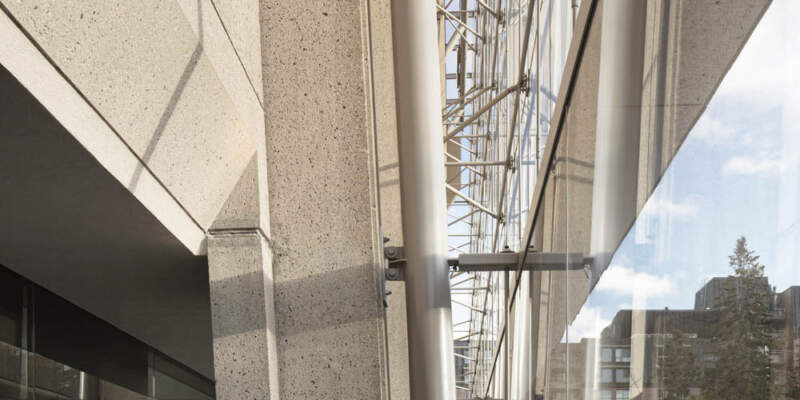 The system is both energy-efficient and economical. Beyond its primary function, the new ultra clear laminated glass layer acts as an extension of the original building it protects, using the same finely tuned structural logic and composition.

“Any alteration to the architecture had to be severely limited had to be severely limited” says Eric Pelletier, architect and design principal at Lemay. “The building’s fragility paired with the inability to directly access the concrete anchors posed a major challenge – with work on the building proceeding during normal daytime and evening theatre operations. Similar to a play having been written 50 years ago, we had to revitalize le Grand Theatre using a new script that would resonate with a new generation, all while respecting and embracing Prus’ original work.” 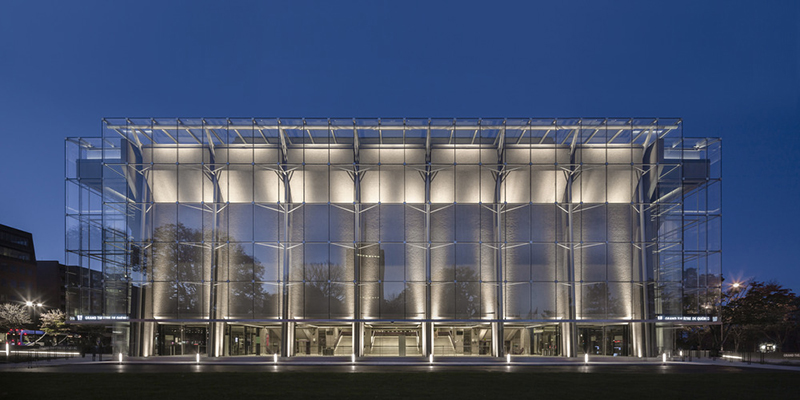 The construction systems put forward were almost all custom-designed, with a delicate steel structure and myriad components requiring intense and sustained reflection and teamwork among architects, engineers, construction specialists and manufacturers.

Together, they produced an entirely new architectural solution that heralds a new act for Quebec culture.