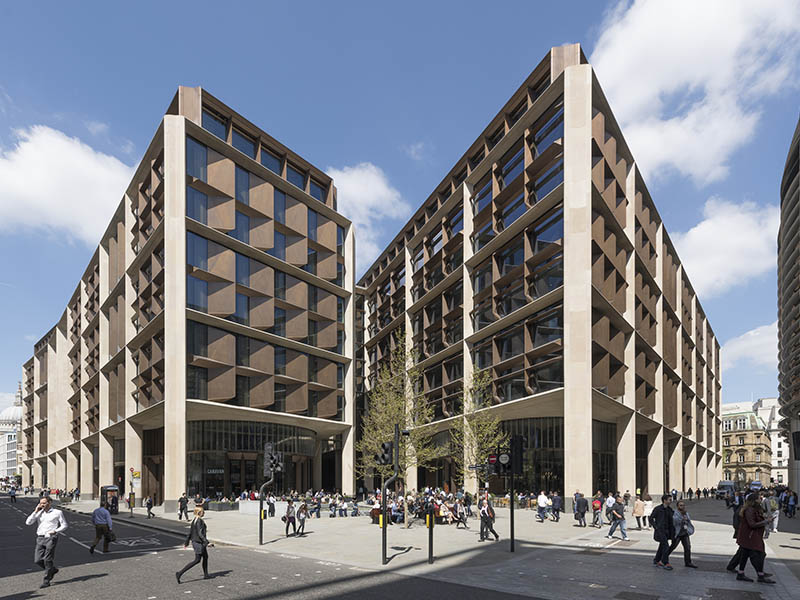 Bloomberg by Foster + Partners is respectful of its location in the heart of the City of London, close to the Bank of England, St. Paul’s Cathedral and the church of St. Stephen’s Walbrook. In its form, massing and materials, the new building is uniquely of their place and time – a natural extension of the City that will endure and improve the surrounding public realm. It is a true exemplar of sustainable development, with a BREEAM Outstanding rating, and the highest design-stage score ever achieved by any major office development.

Occupying a full city block, the 3.2-acre site comprises two buildings united by bridges that span over a pedestrian arcade that reinstates Watling Street, an ancient Roman road that ran through the site. Bloomberg Arcade is now a key route for people moving around the City, with restaurants and cafes at ground level, set back behind an undulating façade under a covered colonnade.

Three public plazas, located at each end of the arcade and in front of the building’s entrance, provide new civic spaces in the heart of the Square Mile.

Its striking façade is defined by a structural sandstone frame, with a series of large-scale bronze fins that shade the floor-to-ceiling glazing. The fins give the building a visual hierarchy and rhythm as they vary in scale, pitch and density across each façade according to orientation and solar exposure, while being an integral part of the building’s natural ventilation system.

Art plays a central role in the project, with major site-specific commissions in and around the building. Cristina Iglesias’ water sculpture in three parts, ‘Forgotten Streams’ – a homage to the ancient Walbrook River that once flowed through the site – defines the public spaces at each end of Bloomberg Arcade. The new Bloomberg building also returns the archaeological remains of the Roman Temple of Mithras to the site of their original discovery, with a new interpretation centre and cultural hub designed to give visitors an immersive experience of the temple and bring the history of the site to life. 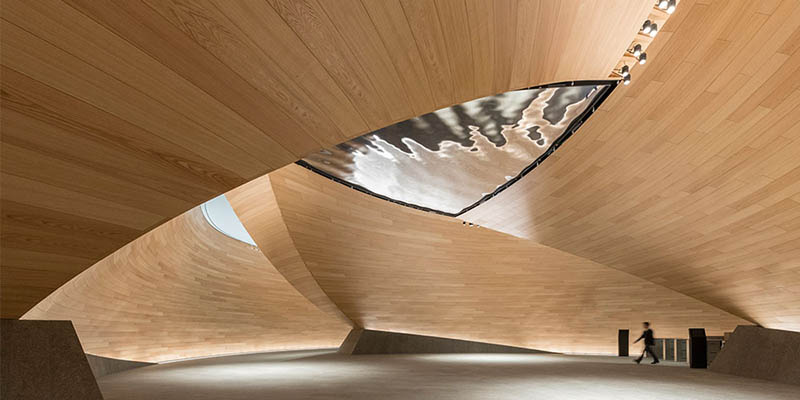 The main entrance to Bloomberg by Foster + Partners is defined by a substantial porte-cochère, where the building forms two sides of a new formal city square. Arriving at the main entrance, everyone passes through the reception lobby before being drawn into the Vortex – a dramatic double-height space created by three inclined, curving timber shells. From here, high-speed fully-glazed lifts with a unique concealed mechanism – another innovation developed specifically for the building – carry everyone directly to the sixth floor.

Central to Bloomberg’s ethos, the double-height ‘pantry’ on the sixth floor is the heart of the building, reflecting the importance of sharing and collaboration at the company. Everyone passes through this animated space, increasing the likelihood of chance meetings and informal discussions. 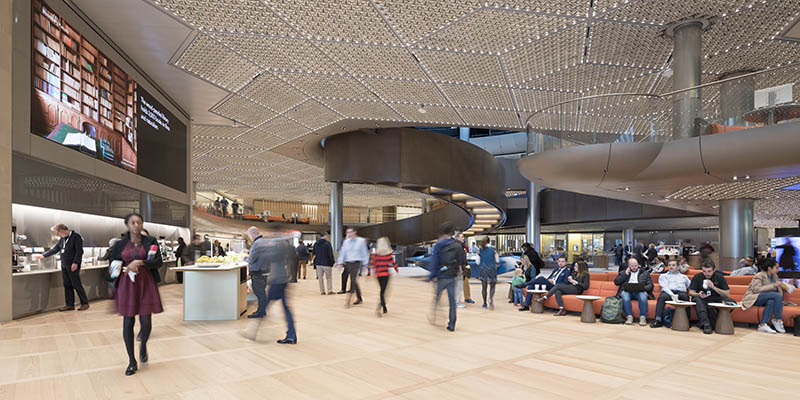 A distinctive hypotrochoid stepped ramp, characterised by its smooth continuous three-dimensional loop, flows through the full height of the building, adding to the drama of the space. Clad in bronze, the ramp is designed and proportioned as a place of meeting and connection, allowing people to hold brief impromptu conversations with colleagues, whilst not impeding the flow of people. 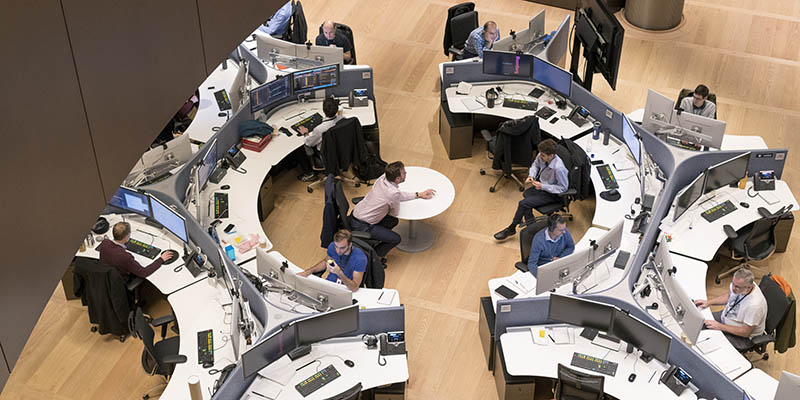 The notion of teamwork and collaboration flows into the desking systems and layout of each floor. Bespoke height-adjustable, radial desks are laid out in clusters and pods for up to six people, allowing for privacy, personalisation, wellbeing and collaborative working.

The ceiling is another unique and innovative element developed for the building, inspired by the pressed metal ceilings of New York. Its distinctive polished aluminium panels of ‘petals’ perform multiple roles – ceiling finish, light reflectors, cooling elements and acoustic attenuation – combining various elements of a typical office ceiling into an energy-saving integrated system. 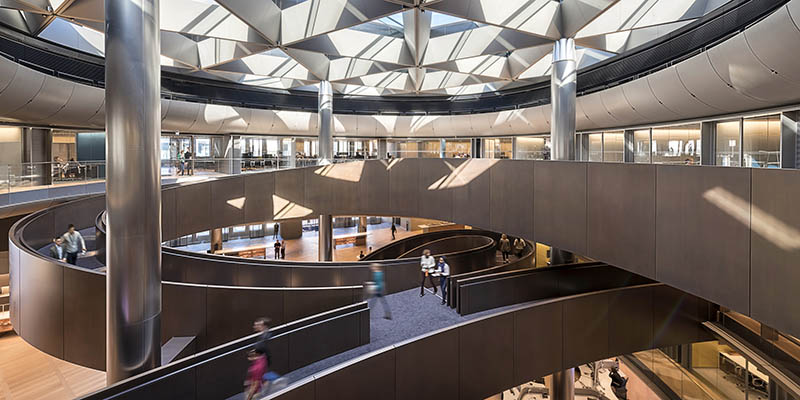 In 2018, Bloomberg was awarded the Stirling Prize, with the judges calling in a “once-in-a-lifetime” building that has “not just raised the bar for office design and city planning but smashed the ceiling.”