ODA New York defines its design and process as fractals, as cities are made up of small units of life, which operate independently but are linked by a shared community,

This is the concept that has influenced in an iconic newly-completed multi-family residential complex called West Half in Washington DC’s Navy Yard. West Half houses 465 apartments, nearly 1000 people, in a single square block. 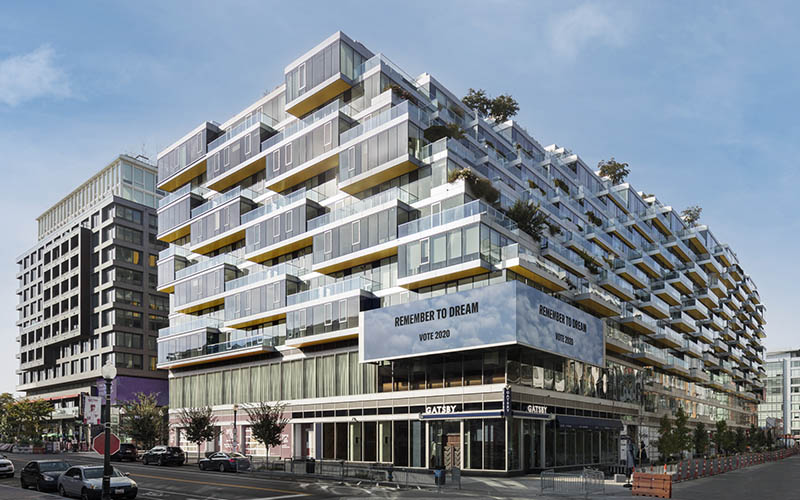 Yet the building’s internal circulation, multi-level curated services, rich access to outdoor space and the cascading nature of the glazed façades create a street-level connection and give the building a transparent and accessible look, while the yellow belly bright of the cantilevers offers a subliminal layer of color theory 101: Happiness.

ODA took care of the architecture, interior design and landscape design of this residential project in Washington.

The three-pronged approach gave the building a thorough narrative: from the three-dimensional patterns of the lobby interiors that mimic the glass facade, to the amenities that punctuate the building with pockets of color and life, to the extensive terrace landscaping with first-of-its-kind built-in planters that allow the building’s exterior to grow and change with the seasons.

At West Half, ground-up, the cascading 10-story residential building is filled with unique apartment layouts that break the typical D.C. building mass into a more human scale that connects the indoor outdoor, and increases the amount of light and air. 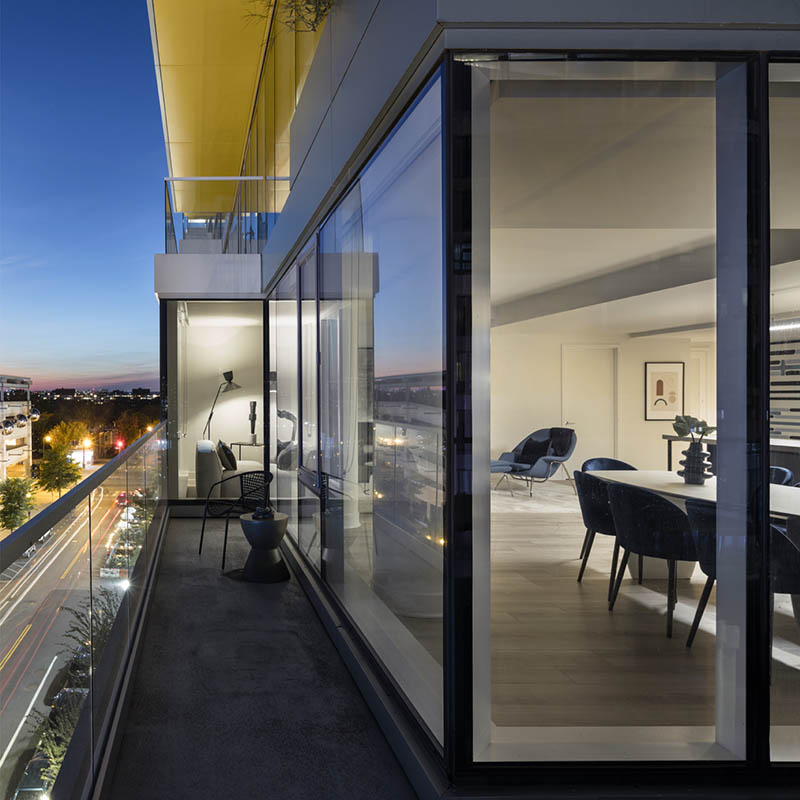 ODA stacked the floors on an inward trajectory that allows for ample outdoor terraces on the facade, and a unique inner courtyard filled with cantilevered apartments. 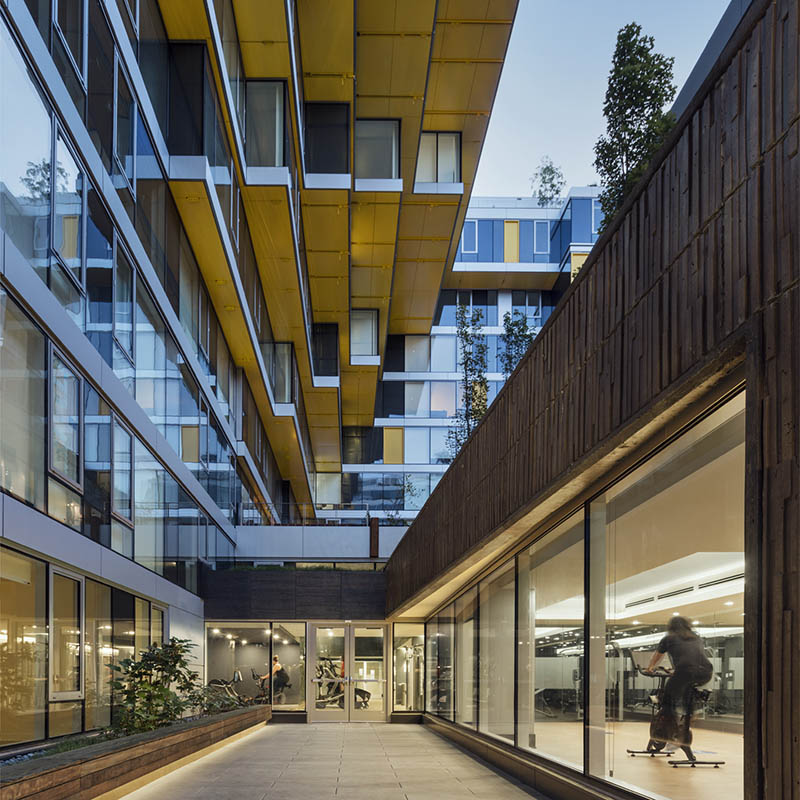 West Half also provides some of the best views of the ball park from the private rooftop lounge (designed by Venus Williams) as well as via the terraces on the penthouse units. 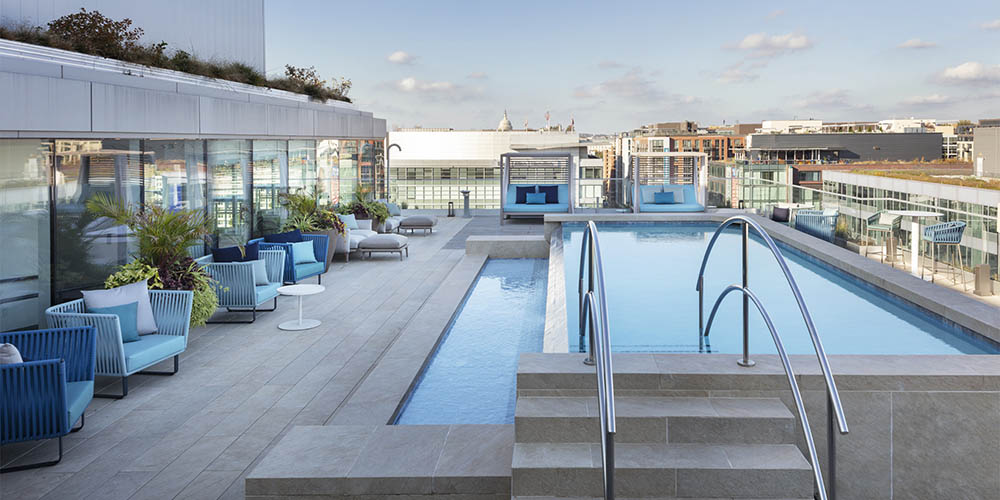 “This building is an expression of what the future of urban living can be. The cascading terraced facade visually connects neighbors and fosters community beyond the walls of the building. The fractal nature of the design creates a language that speaks to residents as well as the public who experience the building from the street. We like to believe these different points of interaction lead to a better quality of life.” says Eran Chen, founder and chief architect at ODA.

For ODA and their partner JBG Smith, West Half Street was an opportunity to create a distinct sense of place in a burgeoning new neighborhood.

Firmly positioned in the sightline of Nationals Park, West Half also had the extra pressure of being highly visible to the 50 million people that either tune in or visit the Nationals each year. The goal was to encourage richer, deeper, more unified experiences for residents, tourists, and stadium-goers alike.

“The main challenge of the project was to develop an innovative approach that would comply with the strict Washington D.C. regulations for privately developed buildings, while creating something iconic for the neighborhood,” said JBG Smith.

Youthful, airy, and energetic, the interiors at West Half Street are pockets of excitement themselves, defined by gently angled elements, minimalistic details, and a few tectonic finishes. 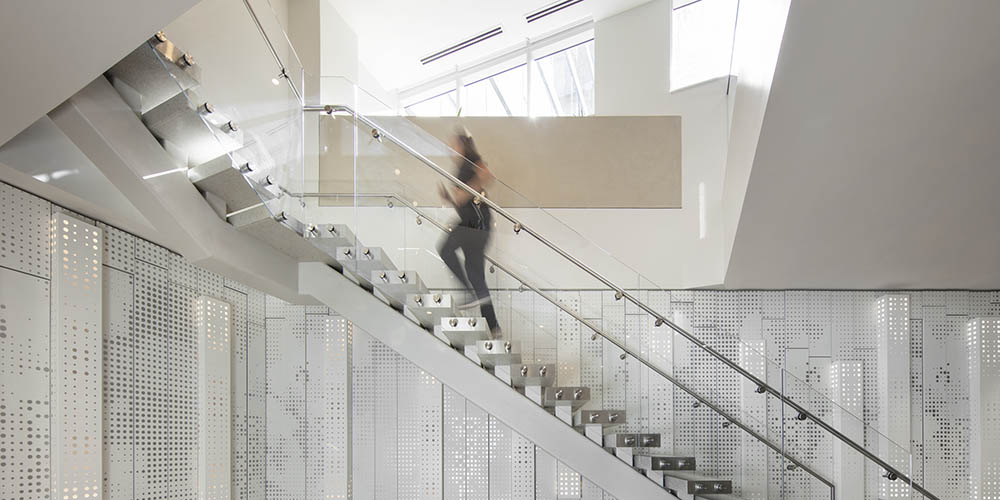 The building’s indoor-outdoor connection is bolstered by interior elements such as the large indoor gym, which is exposed to the elements through an adjacent inner courtyard, as well as the landscaped rooftop pool and resident lounge. 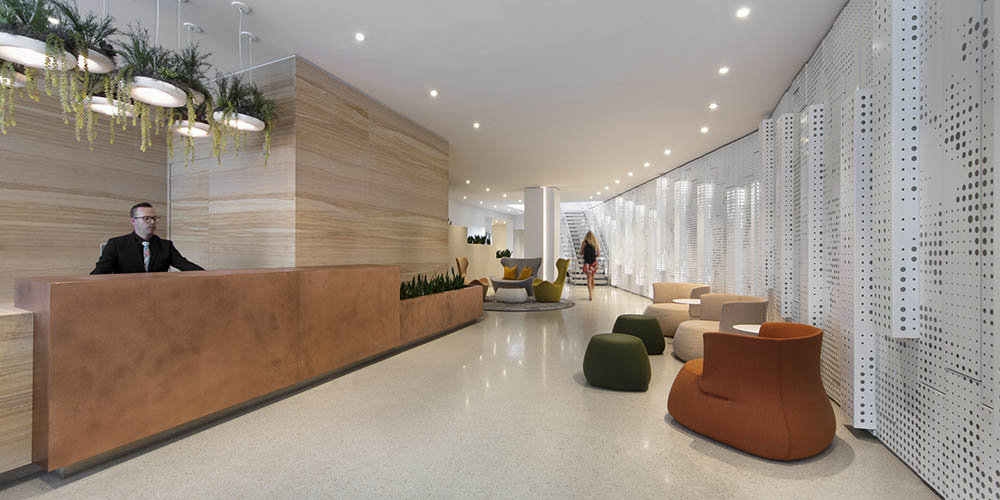 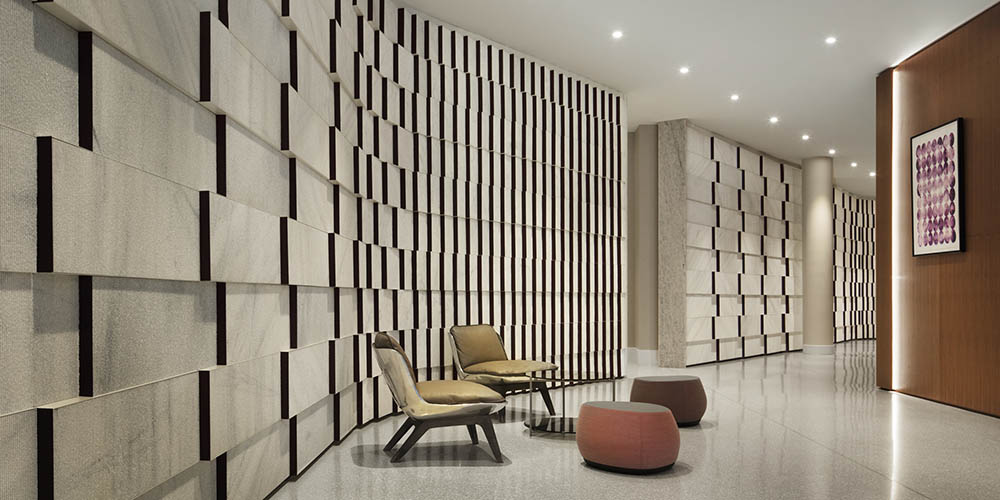 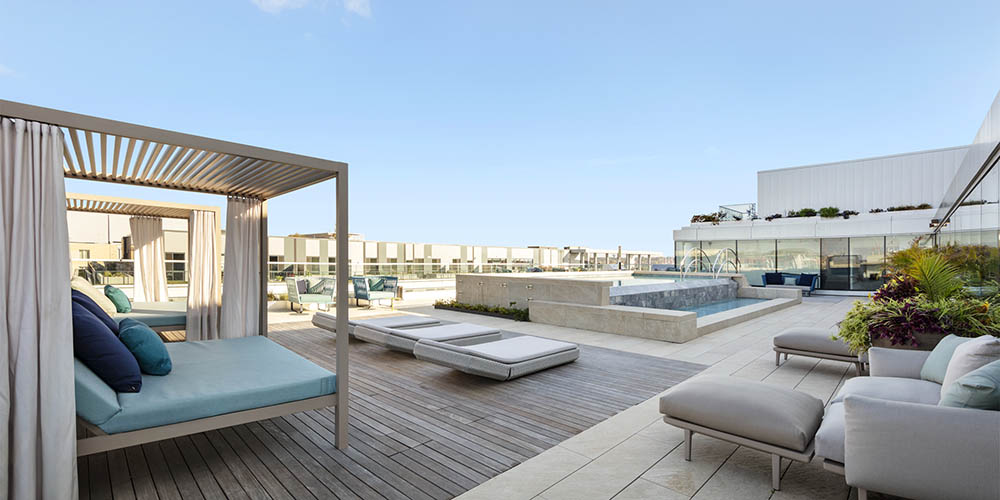 ODA incorporated innovative sustainable strategies into West Half, such as cisterns that harvested water for the building’s irrigation as well as extensive green roofs that occupy 50% of the roof, resulting in its LEED Gold certification.