Countryside, The Future by Rem Koolhaas and AMO at Guggenheim NY

Countryside, The Future by Rem Koolhaas and AMO at Guggenheim NY

Rem Koolhaas and AMO – the think tank of the Office for Metropolitan Architecture (OMA) – explore radical change in the World’s nonurban territories in the Guggenheim exhibition Countryside, The Future

From February 20 through August 14, 2020, the Solomon R. Guggenheim Museum presents the exhibition Countryside, The Future, organized in collaboration with architect Rem Koolhaas and Samir Bantal, director of AMO.

Richard Armstrong, Director of the Solomon R. Guggenheim Museum and Foundation: “Countryside, The Future marks a turn in trajectory for Rem Koolhaas following a career-long focus on cities, presenting the curious encounters, stories, phenomena, conditions, fears, and hopes that he and his colleagues discovered on their travels through rural areas around the world. With this bold exhibition, the Guggenheim carries forward its legacy of risk-taking, addressing urgent global concerns with a project that goes beyond cultural matters into political, anthropological, scientific, technological, and philosophical territory.”

In June of 2014, the UN released World Urbanization Prospects, a report that announced that half of all humankind now lived in cities, and stated that “managing urban areas has become one of the most important development challenges of the twenty-first century.” This heralded a global focus on sustainable urbanization that ignored the other half of the world’s population living in rural conditions— neglecting not just their challenges but also exciting and innovative solutions to modernity.

This exhibition is an attempt at rectification, and its content is drawn from a large consortium of collaborators representing diverse global geographies and a broad range of expertise. A unique exhibition for the Guggenheim Museum, Countryside, The Future contests the assumption that ever-increasing urbanization is inevitable, exploring radical changes in the rural, remote, and wild territories collectively identified here as “countryside,” or the 98% of the Earth’s surface not occupied by cities. 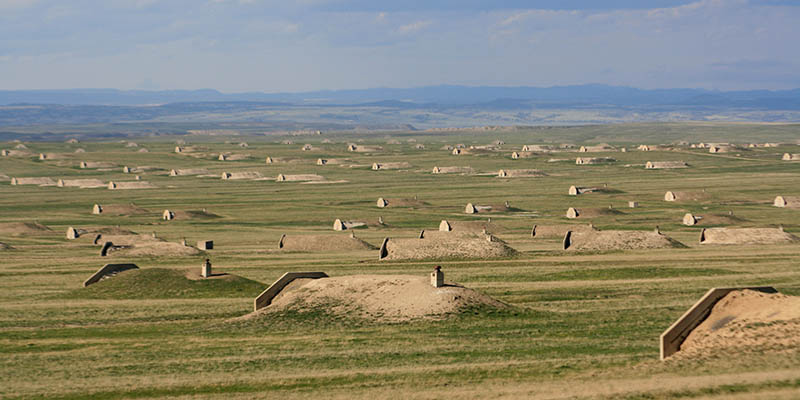 A central thesis of the exhibition is that our current form of urban life has necessitated the organization, abstraction, and automation of the countryside at an unprecedented scale. Data storage, fulfillment centers, genetic engineering, artificial intelligence, robotic automation, economic innovation, worker migration, and the private purchase of land for ecological preservation are in many cases more actively explored and experimented within the countryside than the city.

The impact of global warming on specific countryside conditions underlies much of the show. In Siberia, the thawing of permafrost is dramatically transforming the landscape and releasing increasing amounts of methane with potentially catastrophic consequences. 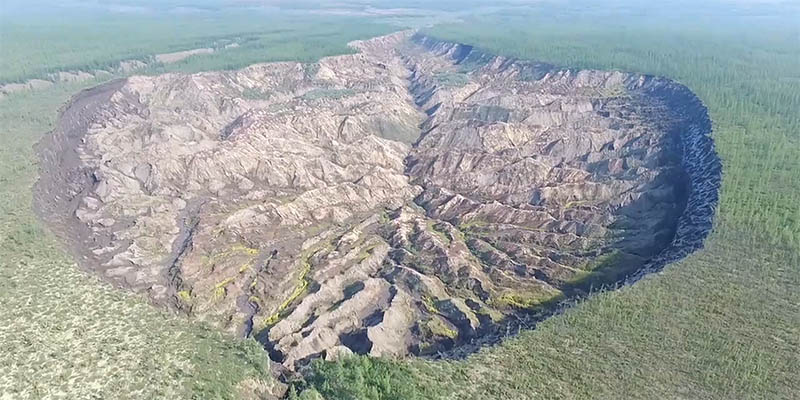 Troy Conrad Therrien, Curator of Architecture and Digital Initiatives at the Guggenheim Museum and organizer of the exhibition: “Countryside, The Future isn’t so much a culmination as a reveal, the wholesale delivery of a decade of insight into the marketplace of ideas and opinion on what’s to come. The exhibition begins the way the accompanying book ends: with a tapestry of questions, almost a thousand in total, that simultaneously declare the thoroughness of the investigation and a still-unsated curiosity for the countryside, or what Rem Koolhaas calls an ‘ignored realm.’ Ignored by whom? Rem, for one. The declaration isn’t hubris, it’s a challenge for us all, countryside inhabitants and experts included, to think anew about what may seem foreign or familiar.”

Outside the museum entrance on Fifth Avenue, a hermetically sealed industrial grow container cultivates tomatoes under pink LED lights and a finely tuned microclimate. Also positioned at the entrance to the museum is a high-tech, state-of-the-art Deutz-Fahr tractor used in industrial farming. 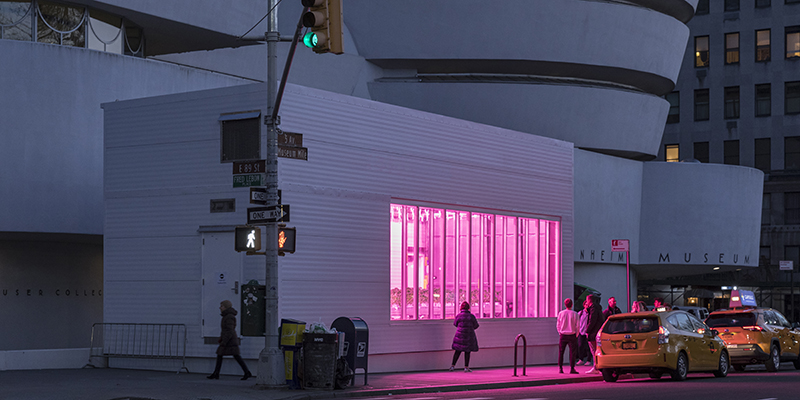 As the exhibition unfolds, it addresses questions about the development and role of the countryside over time: What was the countryside historically, what did the major political figures of the twentieth century prepare for us, what is the current condition, what needs to be done for the future, and in what ways could this take shape? 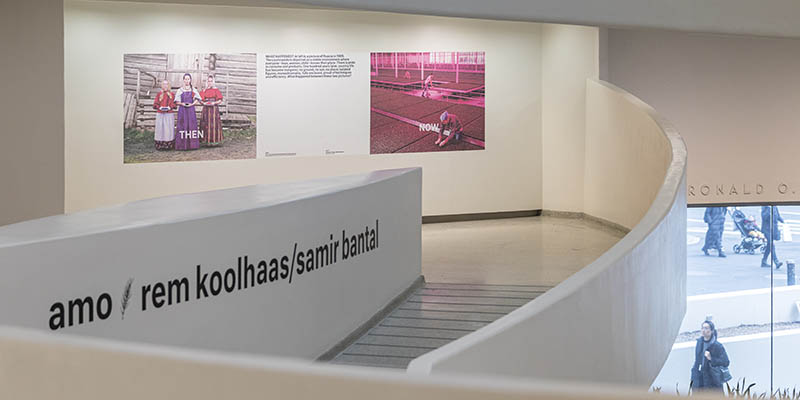 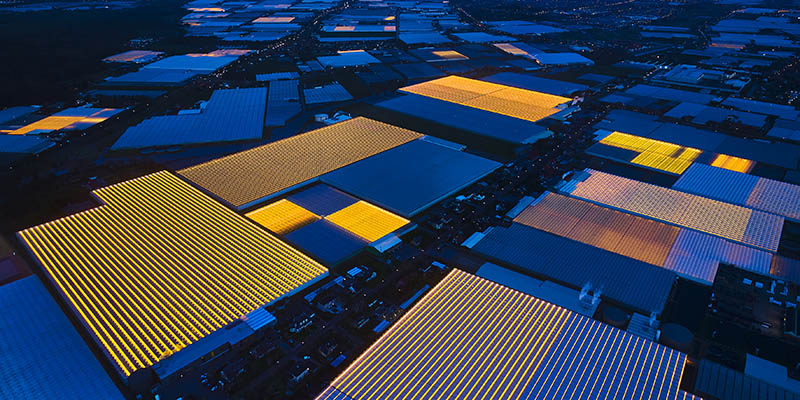 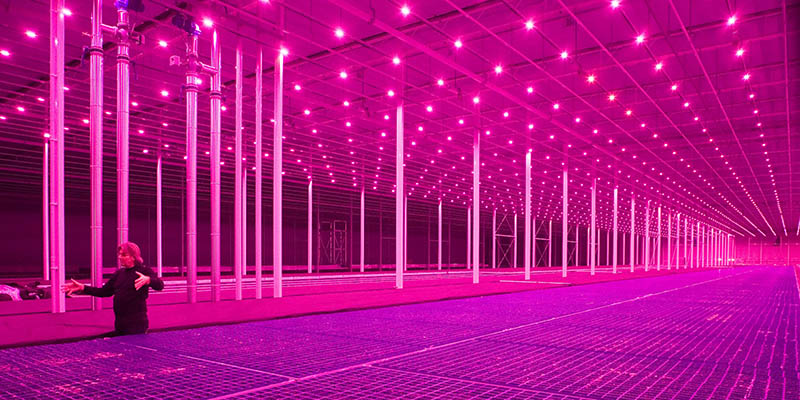 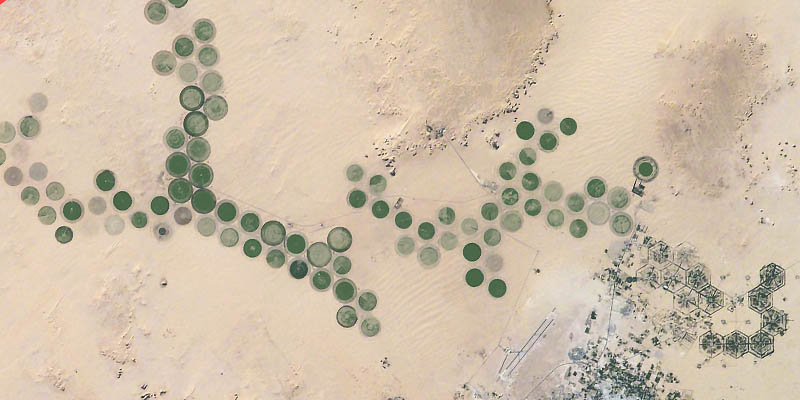 Histories and transformations of the countryside are illustrated along the six levels of the rotunda’s ramp, each level with its own theme. Designed by AMO/Koolhaas and graphic designer Irma Boom in collaboration with the Guggenheim’s exhibition and graphic design staff, this mix of imagery, films, archival materials, wallpaper graphics, a printed curtain, objects, text, and reproduced artworks, and robotic sculptures presents an unfolding narrative of case studies contextualized by a broad array of voices. 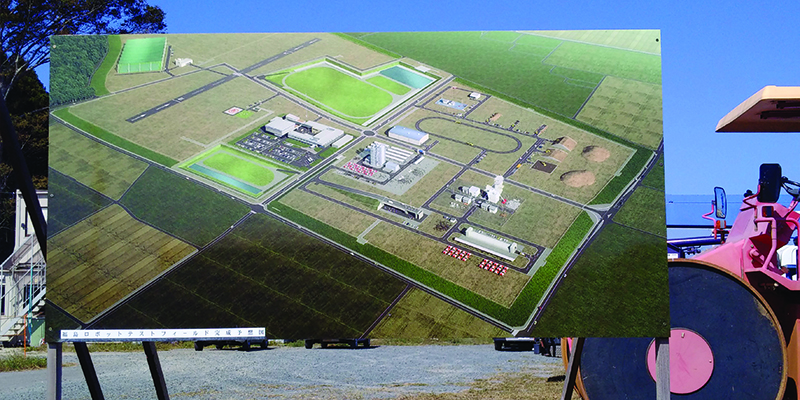 After thirteen years as Communications Manager at Valcucine, as well as a two-year stint at Driade, I felt the need to launch something fresh and original in the design and architecture world. I've been always excited to meet architects and visit their architecture firms discovering more about their ethos, projects and vibes. That's why I founded ARCHIVIBE (formerly known as Architectours). I love to involve architects and discover the vibe of the practices where they design the future of the world and visit their awarded buildings. I love to inspire and tell about their new architecture projects and introduce design and building materials brands. I love to interact with architects and students and look at their astonished faces while attending to our studio visits.

The light won’t go down! Studiolabo and all the organisers of Fuorisalone.it are going to launch new formats.
Initially conceived as a support to the event, these new formats, due to the new circumstances, will now gain even more strength and value.

As announced yesterday, the board of Milan's Salone del Mobile announced the official cancellation of its 2020 edition. The most important design trade fair has been rescheduled to 2021. What’s going to happen now? Fuorisalone, the communication platform which offers a support system
View on Facebook
·Share

Salone del Mobile 2020 has been cancelled