Designer Enzo Mari passed away in Milan at the age of 88.

“Design is dead”, provocatively, is one of his favourite quotes. Enzo mary was a blazing man of many incendiary proclamations. Like when he wrote “25 methods to drive a nail” or “Atuoprogettazione”, a manual to making easy to assemble furniture using rough boards and nails, a book to enhance critical skills, or when he said “It is written about me that I made some exceptional objects. If this is true, it is perhaps because I never went to school“.

For Enzo Mari, true quality comes from fatigue, from work. From the constant and sensitive application of experiences, which are not the result of who knows what intuition, of the so-called creativity, but of a method that is assimilated over time.

Several times winner of the renowned Italian design award Compasso d’Oro, he is unanimously known as one of the greatest theorists of Italian and world design. He was born in Cerano, Novara, in 1932, and has always lived in Milan.

His works are exhibited in the main art and design museums around the World, the National Gallery of Modern Art in Rome, or the Museum of Modern Art in New York or the Triennale Design Museum in Milan to name a few. 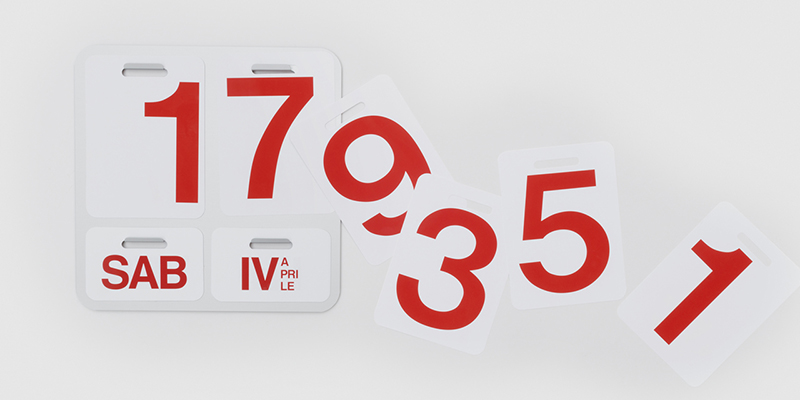 Considered one of the most innovative designers of the second half of the twentieth century, he profoundly influenced the work of his contemporaries, in Italy and abroad. His theoretical research, even more than the products he studied, left an important mark on industrial design in the last century. 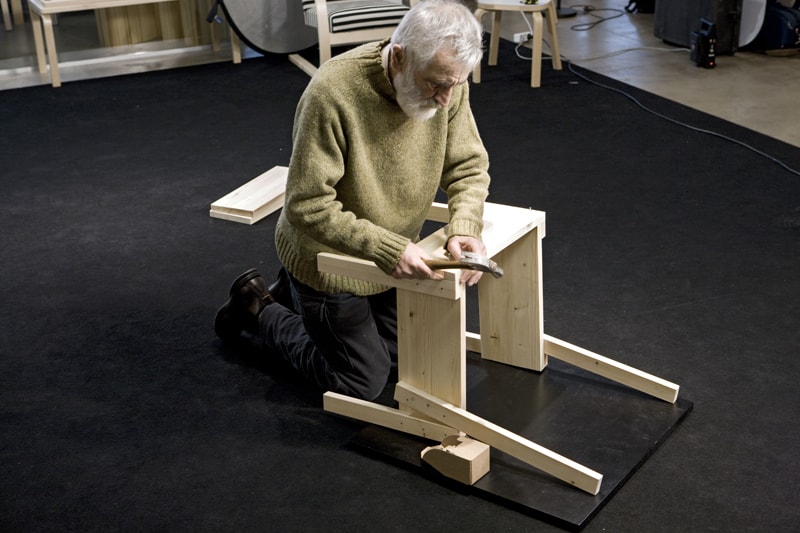 Sedia 1 by Enzo Mari for Artek

Triennale in Milan has recently dedicated an exhibition to his work “Enzo Mari curated by Hans Ulrich Obrist with Francesca Giacomelli” – October 17, 2020 – April 18, 2021.

The exhibition examines over 60 years of activity of one of Italy’s greatest masters and theorists of design. The exhibition consists of a historical section and a series of contributions from international artists and designers – Adelita Husni-Bey, Tacita Dean, Dominique Gonzalez-Foerster, Mimmo Jodice, Dozie Kanu, Adrian Paci, Barbara Stauffacher Solomon, Rirkrit Tiravanija, Danh Vō, Nanda Vigo, and Virgil Abloh for the merchandising project – who have been invited to pay tribute to Mari with site-specific installations and new, specially commissioned works. One contribution in particular is that of Nanda Vigo, whose work, made specially for the exhibition shortly before her death and never shown previously, uses light to reinterpret 16 animali and 16 pesci, two of Mari’s most famous works.

At the same time, nineteen Research Platforms, specially created for the Triennale exhibition, give insights into the individual projects that have given rise to the key themes of Mari’s artistic vision and practice. The exhibition also includes a series of video interviews by Hans Ulrich Obrist that illustrate Mari’s constant ethical tensions, the depth of his theoretical understanding, and his extraordinary design skills with which he has given shape to the essential.

After thirteen years as Communications and Marketing Manager in the manufacturing and design industry, I felt the need to launch something new in the world of design, building materials and architecture that would ease the contact between them. I've been always excited to meet architects and visit their architecture firms discovering more about their ethos, projects and vibes. That's why I founded ARCHIVIBE (formerly known as Architectours). Contact me for marketing purposes, communications projects or just to get in touch and discover more. daniele.prosdocimo [at] archivibe.com

Welcome to ARCHIVIBEYour personal data (address or phone number, your user ID and password, e-mail address) are collected and processed by ARCHIVIBE for purposes strictly related to the proper use of the website and its information services, with information also provided by third-party advertisers. Your personal information may also be used in other processing operations, however, in a manner in line with these purposes.Your personal data is processed electronically and will be stored in a way that allows you to be identified for the time strictly necessary for the purpose for which the data was collected and subsequently processed and, in any case, within the limits of the law. To ensure that your personal information is always correct and up-to-date, relevant and complete, please inform us of any changes at: [email protected] personal information will not be disclosed to third parties for purposes not permitted by law or without your explicit consent.While using and browsing on our websites, some personal information may be collected automatically (by means of so-called "Cookie"), like, for example, the collection of the user's IP address and other information relating to browsing the website or the user's preferences expressed when choosing the services offered by the site. This information and data are collected directly and automatically by the web site and as part of its operational functions.Cookies serve different purposes. Cookies allow a site, for example, to:- Remember your login information - Offer you safe browsing after a login - Optimise the website performance by reducing the loading times of the pages you visit - Improve the user experience - Ensure a consistent appearance to the site - Remember the list of your favourite products - Remember the contents of your shopping cart - Remember the order at the moment of your arrival on the site - Allows you to use the "share" and "like" features - Send information to other websites for the personalisation of their advertisementsBesides the cookies installed by the site, we use some third-party services that use external cookies. The purposes for which information is collected by these cookies are divided into the following types:> Analytical purposes, i.e. cooking serving to collect statistical information on the traffic and service use by the users, for example, how many visitors visited the site in a given period of time, which pages were visited, the duration of the visit etc.. This information is collected anonymously, and is not connected in any way with the personally identifiable information of the users who have visited the site. For this type of monitoring, we use the following third-party services: Google Analytics> Social sharing purposes. Some social networks may activate cookies for the proper functioning of their content sharing services. For example, when a site page contains a "share" or "like" button, the selected social channel establishes a direct connection to the site. The transmission of data to social networks is governed by the privacy policies and by the terms of use of the cookies of these companies, to which reference should be made for further information. Below is the list of social media networks used on the site: Facebook, LinkedIn, Instagram
Go to Top