Architectours is a design tourism initiative whose purpose is to connect architects and interior designers with Italy’s leading manufacturers and companies. Rich in cultural heritage, Italy is noted as being the pioneering father of great furniture and industrial design, and is considered to be “the largest ‘open air’ design museum in the world” as Daniele Prosdsocimo, the founder, says.

It boasts more than 25.000 design manufacturers, over 3400 museums, 2100 archaeological locations and parks, making it the ideal destination for discovering renowned furniture brands and historical, architecture sites.

Architectours’ aims at helping creatives discover places, artifacts, and brands with visits to major museums, corporate archives, showrooms, company headquarters, factories, and architectural sites. Our design tours are a great opportunity for meeting and networking with design protagonists, while getting a backstage look at industry.

The AD Germany 20 Years Jubilee prize offered by Architectours and its partners in the April issue is an excursion to Italy that include a visit to the inspiring headquarters of premium design companies like Kristalia, an emerging Italian brand in the furniture world, Valcucine, a worldwide premium kitchen manufacturer and Magis, a prominent lodestar in the furniture design world. Architectours will take the architec-tourist through all phases of the design process from the offices to the factory.

Our excursion to Kristalia includes a visit to its new headquarters whose architecture is an extension of the company’s key values: transparency and sustainability. These principles are evident through the way in which Kristalia approaches each of its projects — from production processes to advertising — and are physically expressed through the architecture of its production facilities.

Kristalia’s headquarters is located in Pordenone in eastern Italy, designed to reflect the surrounding lowlands of its location (ph: Francesco Dolfo)

Architectours will take you inside the Valcucine headquarters, where the interior, just as much as the exterior, embraces Valcucine’s design philosophy and concepts which embodies wellbeing, innovation and timeless products. It is here where you will get a first-hand look at the research and technologies put into producing smart kitchens that are extremely high performing, yet have a low environmental impact. While touring Valcucine, you will witness how the brand has re-envisioned the kitchen space, and the components that define it, and see just how material, form, and function go hand-in-hand. A visit to Valcucine will bring insight of how, to this day, Italian brands continue to design with purpose and integrity.

Last but not the least, the visit to Magis will take you into the world designed by his founder, Eugenio Perazza. Magis is today a giant international design laboratory that constantly puts itself to the test, seeking technological sophistication and employing a highly diversified workforce. Its success is based on the desire to provide a broad swathe of users with access to high functional and technological quality products for the home, developed in partnership with major international designers, with a vision of the resulting products that is ethical and poetic as well as aesthetic.

Jointly with the design tour, the winner of the AD Germany 20 Years Jubelee will enjoy the visit to Venice and the most valuable architectural sites in the North East pf Italy: Negozio Olivetti and Brion Tomb by Carlo Scarpa, an Italian architect, influenced by the materials, landscape, and the history of Venetian culture, and Japan. He is considered one of the most controversial and underappreciated architects of the 20th century. 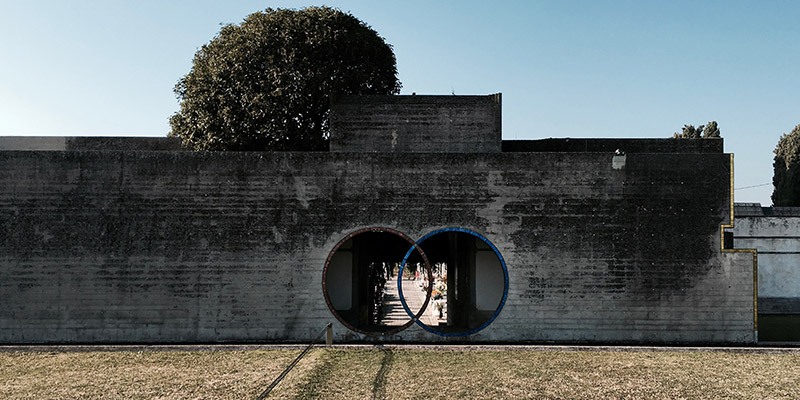 Punta della Dogana by Tadao Ando: the building as it stands today was completed in 1682, five years before the nearby Basilia of the Salute. Architect Giuiseppe Benoni’s work is characterised by the tower surmounted by a sculptural group representing two Atlases lifting a golden bronze sphere on the top of which is Fortune, which, by turning, indicates the direction of the wind. The building continued to be a customs house, and thus intrinsically linked to the city’s history, until the 1980s. After twenty years of abandonment, the Venice city council announced a tender to transform it into a contemporary art space. The Pinault Collection was awarded the tender in 2007, and entrusted the restoration of the imposing complex to architect Tadao Ando. In June 2009, after 14 months of work, Punta della Dogana reopened to the public and since then has been presenting temporary exhibitions. 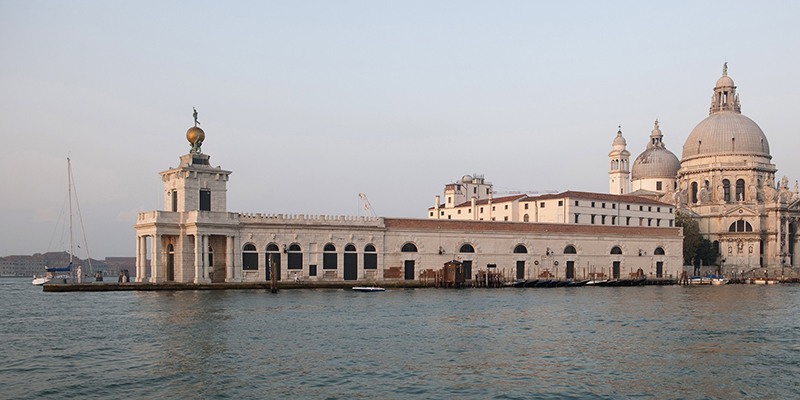 We will than visit Fondaco dei Tedeschi by OMA. First constructed in 1228, and located at the foot of the Rialto Bridge across from the fish market, the Fondaco dei Tedeschi is one of Venice’s largest and most recognizable buildings. It was used as a trading post for German merchants, a customs house under Napoleon, and a post office under Mussolini. Depicted by Canaletto and other masters, and photographed countless times as the impressive but anonymous backdrop of the Rialto bridge, the Fondaco stands as a mute witness of the Venetian mercantile era, its role diminished with the progressive depopulation of Venice.

Another astonishing place we will see is Antonio Canova’s Museum, one of the few museums in the world where visitors can see his birth house and the full collection of his sculptures made for the celebrities of his time (Napoleon, the Popes, the King of England, the Austrian Emperor, etc…).

Won’t miss a touch of Italian lifesyle with a Bacari path (= typical Venetian tavern) in Venice a visit to a winery in the Prosecco Area and the Italian hospitlity of historical Villas turned into Hotels recalling past times’ splendor and atmosphere.

To win this prize please go to ad-magazin.de/AD20 and good luck! See you in Italy!