Not so far from Treviso, in San Vito d’Altivole, you can find the masterpiece of Carlo Scarpa: the Brion Tomb and Sanctuary.

Carlo Scarpa (June 2, 1906 – November 28, 1978) is one of the most controversial and underappreciated architects of the 20th century. He was not permitted to practice architecture because of his refusal to sit the pro forma professional exam administrated by the Italian Government after World War II. That’s why those who worked with him, his clients, associates, craftspersons, called him “Professor”, rather than “architect”. He worked only associating with an architect.

He is best known for his instinctive approach to materials, combining time-honored crafts with modern manufacturing processes. Egle Trincanato, the President of the Fondazione Querini Stampalia for whom Carlo Scarpa renovated a Venetian palace in 1963, described how “above all, he was exceptionally skillful in knowing how to combine a base material with a precious one.” 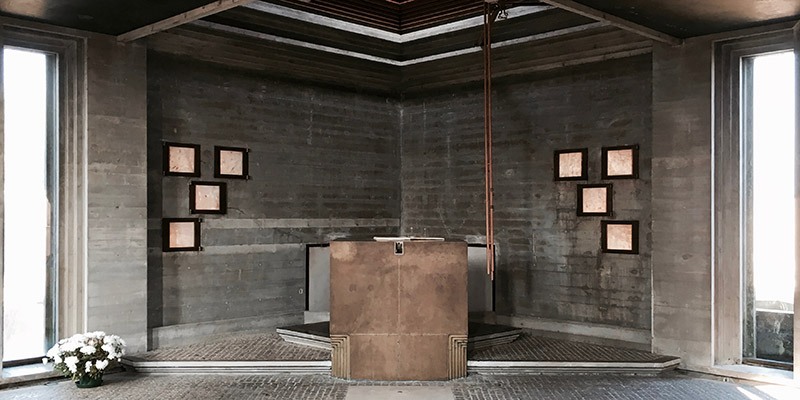 “I would like to explain the Brion Cemetery…I consider this work, if you permit me, to be rather good and which will get better over time. I have tried to put some poetic imagination into it, though not in order to create poetic architecture but to make a certain kind of architecture that could emanate a sense of formal poetry….The place for the dead is a garden….I wanted to show some ways in which you could approach death in a social and civic way; and further what meaning there was in death, in the ephemerality of life—other than these shoe-boxes.” (Carlo Scarpa)

The Brion Tomb and Sanctuary have been commissioned by Onorina Tomasi Brion, widow of the founder of the Brionvega company. Brionvega is famous for manufacturing unusual televisions and electronics designed by Mario Bellini, Marco Zanuso and Richard Sapper during the ’60s.

The area of ​​Brion garden has L-shape around the old cemetery. Many critics describe Brion Tomb as an “architectural story” an example of “narrative architecture”.

The project was actually started with the idea of ​​a small tomb. But then, practical circumstances required to purchase a larger plot than expected and it becomes an opportunity to transform the small tomb in something very different: a real garden not only for the Brion family, but for the whole town.

The available surface was more than 2,000 square meters: a L-shaped land along two sides of the cemetery of San Vito d’Altivole. The monument provides an interior and exterior path at the same. The monument has two entrances, one facing directly onto the street, the other located inside the cemetery; both through a walkway forced load of symbolic meanings, you reach the place of actual burials, the tombs of Brion spouses. The symbolism recalls the concepts related to conjugal love and indissolubility of a loving bond.

The strongest emotional impact is given by the two graves that are inclined towards each other, reflecting the deep emotional bond that characterized the earthly existence of Onorina and Giuseppe Brion. Matter itself appears modeled in the act of bending under the force of their feelings.

Before reaching the tombs, the fulcrum of the whole monumental complex of Brion Cemetery, meet the church, which is almost submerged in water, then the burial of other family and, after the tombs of the spouses, the pavilion of meditation, built in metal and wood, and finally water pavilion, the only section of the entire monument not accessible by the visitors and bounded by a bronze door. 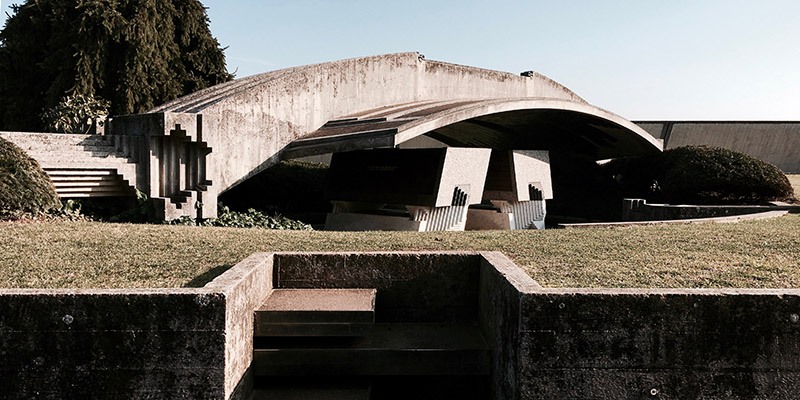 The Brion Tomb is a really evocative place, a garden where the water and the forms assumed by the combination of different matters as concrete, metal, marble, glass,… guide visitors toward a calm reflection on life and death.

As in the best intentions of all contemporary art, Carlo Scarpa designed this tomb to highlight the inwardness through the forms, a place where you can “feel” and talk to your soul.

Brion Tomb is worth a visit! 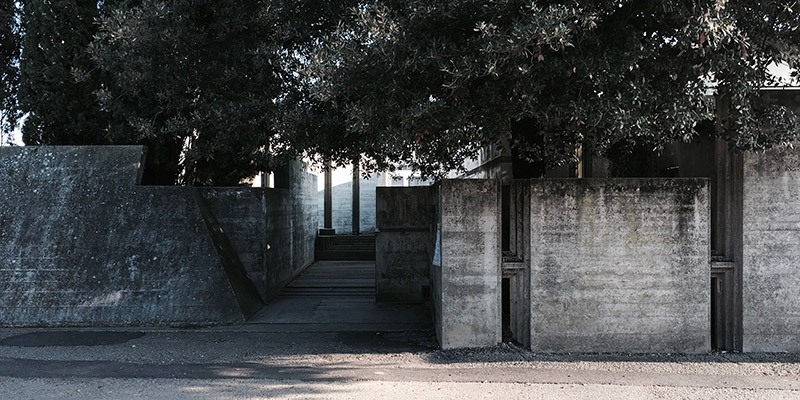 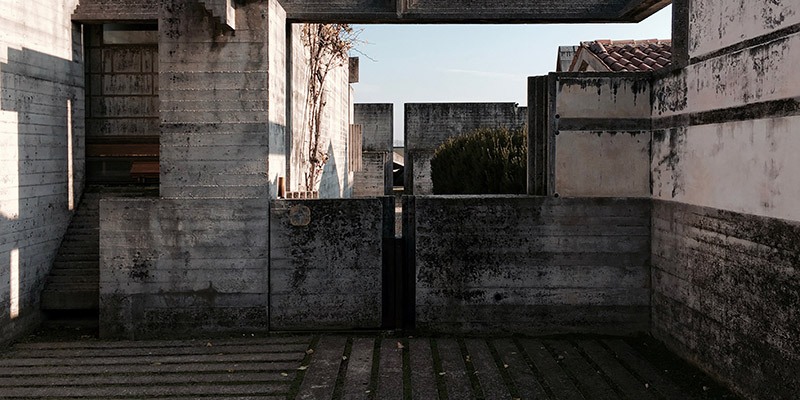 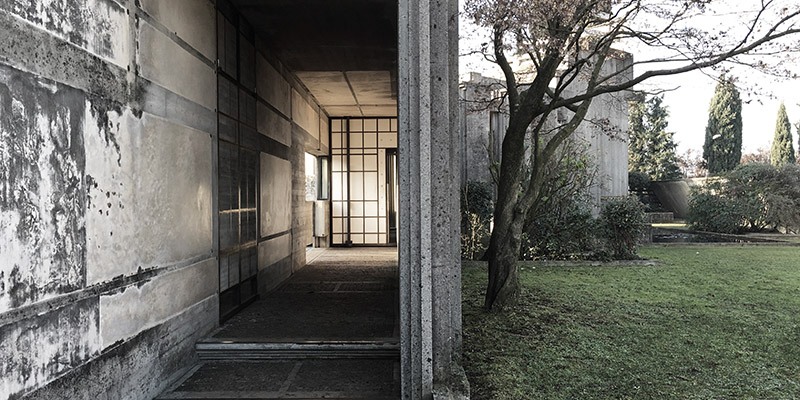 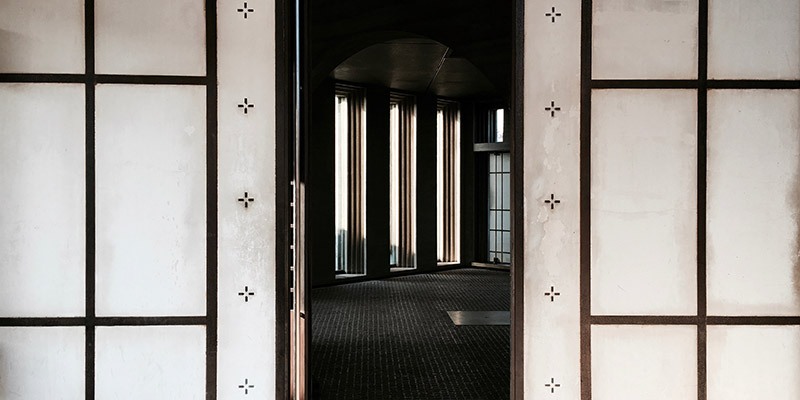 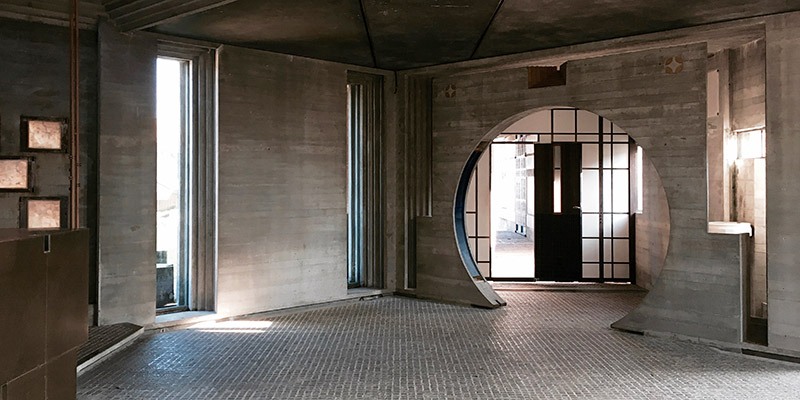 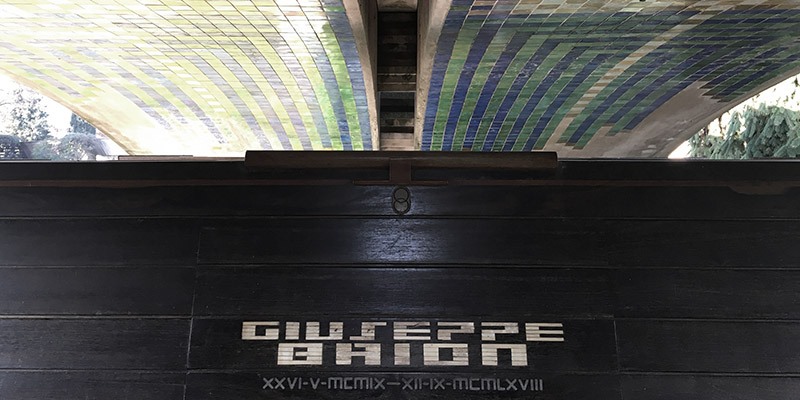 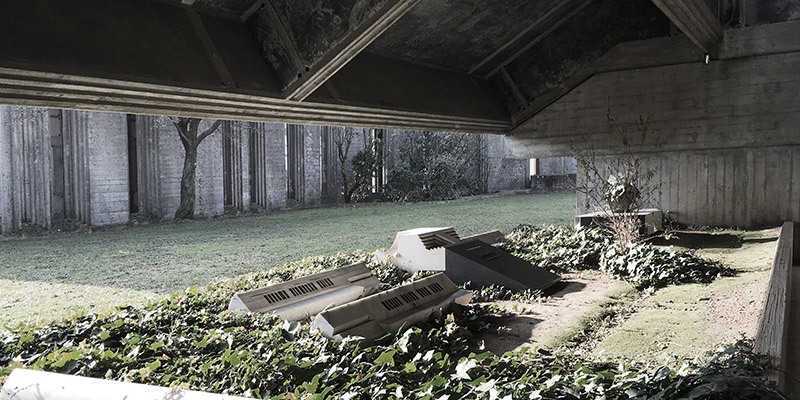 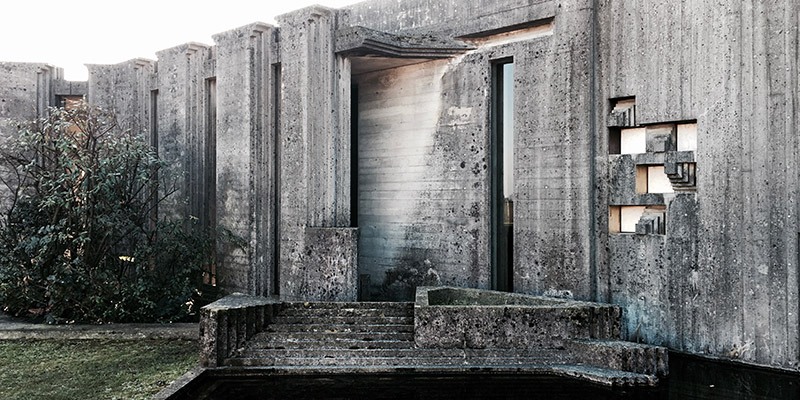 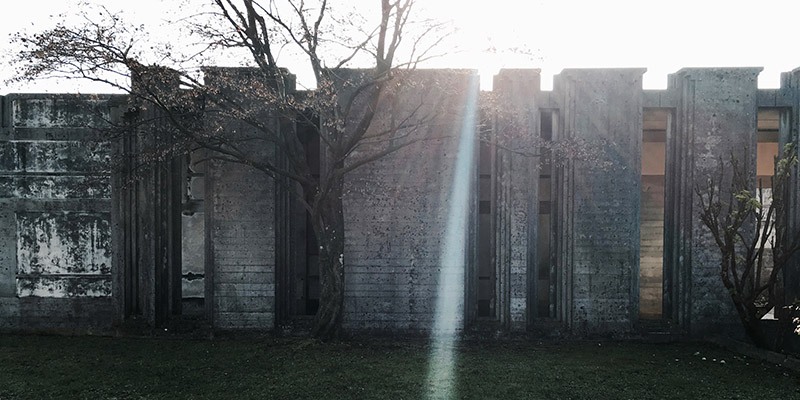