Kiruna, relocating a town in Sweden

Kiruna, relocating a town in Sweden

Instead of relocating the mine, Swedish authorities decided to relocate the town of Kiruna, building by building!

Kiruna is a city in the northernmost part of Sweden, a small mining town located in the province of Lapland.

Kirunavaara is the deepest and largest iron ore mine in the world and has been in use since the beginning of the 20th century. In 2004 the mining company LKAB informed the municipality that the city center of Kiruna had to make way for the increasing deformation zone of the mine within the next two decades.

Instead of relocating the mine, the Kiruna authorities decided to demolish the city center and rebuild it 3km east of its current location. 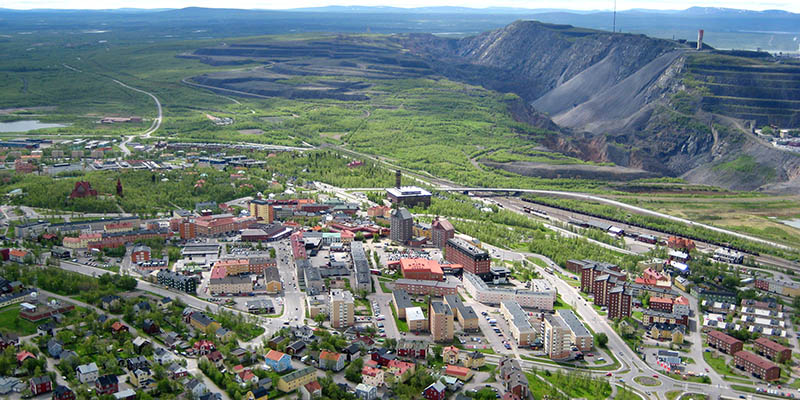 A third of the city population must relocate, housing blocks and landmark buildings are being demolished or moved, and a new city is starting to take shape. The moving of the town was started in 2014 and the plan describes a process that continues to 2100.

In Kiruna, you can experience one of the biggest urban transformations in recent Swedish history.

White Arkitekter AB based in Stockholm and Ghilardi + Hellsten Arkitekter based in Oslo won the contract to design the new city together with researchers from Luleå and Delft Universities, which envisages a denser city centre with a greater focus on sustainability, green and blue infrastructure, pedestrians and public transport rather than automobiles. 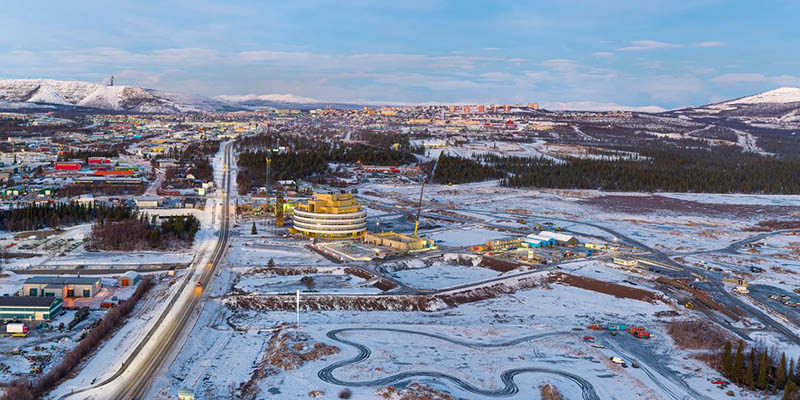 The new city hall and community center, “The Crystal”, is the first building in new Kiruna and it has been designed by Henning Larsen Architects, one of the most renowned architecture firms in Denmark and Worldwide. 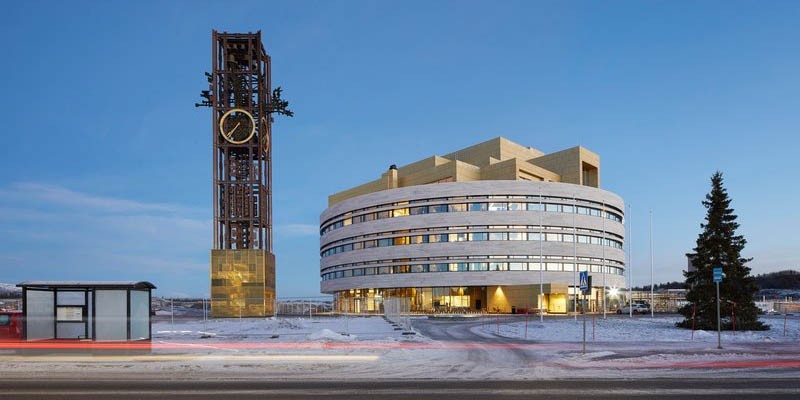 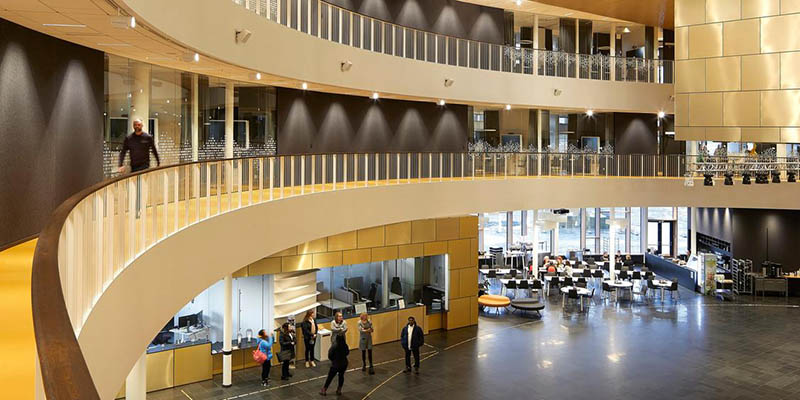 Scandic, the largest hotel company in the Nordic region, has signed an agreement to establish a new hotel in Kiruna’s new city center. The hotel property will be owned by Swedish mining company LKAB and built by Skanska. The new hotel will be Kiruna’s largest, with 230 rooms, a restaurant and Kiruna’s first sky bar. The project is expected to be finished at the end of 2021. 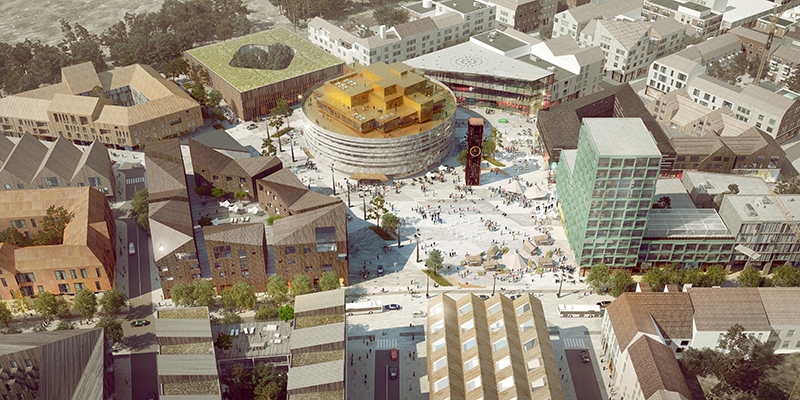 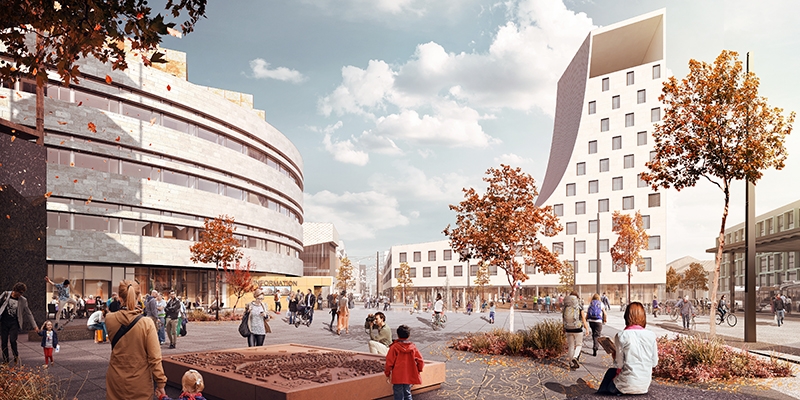 How do they move the city of Kiruna?

Kiruna Forever from April 24 to August 31, 2020, examines the ongoing relocation and features over 100 works by architects, urban planners, and artists who have transformed the city and addressed challenges facing the region from the first industrial settlements, today, and into the future. 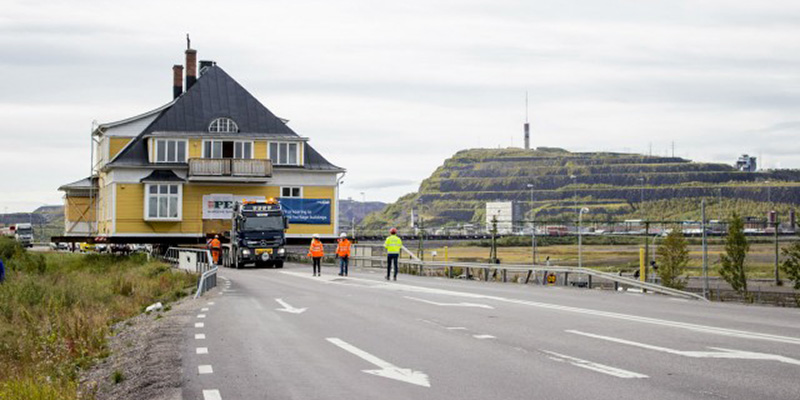 The ongoing relocation of the city of Kiruna confronts us with critical issues of global relevance.

What is the limit of natural resources? What happens to residents’ sense of identity and security when their homes are demolished? How do we define the value of our cultural heritage and its preservation when buildings are at risk? How does the relocation affect indigenous population’s ways of life? What timeframes do we design our cities for?

Kiruna Forever is an exhibition by ArkDes, the Sweden’s national centre for architecture and design, in collaboration with Kiruna Municipality and Konstmuseet i Norr, Norrbotten’s County Art Museum, located in Kiruna. Together with Konstmuseet i Norr, ArkDes has commissioned five new projects that consider alternative tools for a city in transition. These will be presented simultaneously in Kiruna and Stockholm over the period of the exhibition.