Ntsika Architects will take the WAF17 award for the best Health – Completed Buildings category entry home to South Africa for their Westbury Clinic in Johannesburg. The building offers up a new public space in a troubled neighbourhood that has been marred by gang violence and substance abuse over the years since Apartheid, providing a much-needed amenity to service 550,000 patients from a marginalised community. Consulting its local, marginalised community in developing the design and removing fences from the building’s boundaries contributed to a result that judges commended for “creating a building that reaches beyond its clinical programme and becomes a new communal centre for Westbury.” In the Higher Education & Research – Completed Buildings category, the extension of the Maersk Tower in the University of Copenhagen by CF Møller Architects was awarded best project by the judging panel, who said “by lifting the building up and creating a vertical tower the architects have found an answer to the need for expanding the campus while providing a valuable and beautiful external landscaped space.” A fifteen storey structure, the building will host Denmark’s most energy-efficient laboratories and form a sculptural linchpin for the University’s Nørre Campus as a whole. 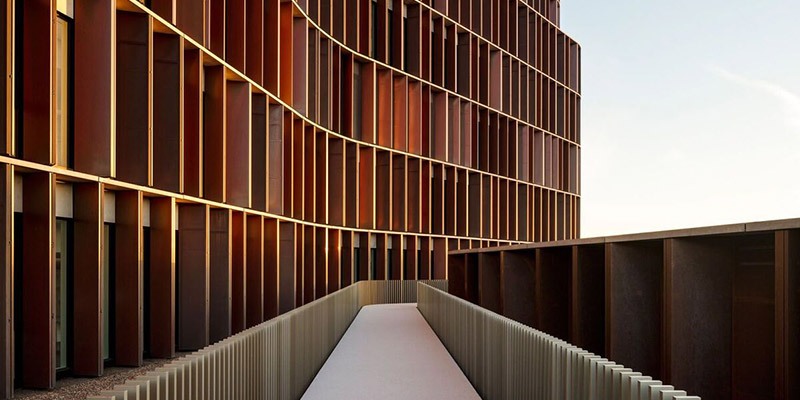 Hotel & Leisure – Completed Buildings category – supported by founder partner GROHE was won for Vegetable Trellis, by Vietnamese practice Cong Sinh Architects. Judges commended the “very strong potential for social impact” of this project, which encourages visitors to grow their own vegetables at home. With a design that is “modest, yet thoroughly adaptable and sensitive,” the judging panel agreed that this Ho Chi Minh project proves that “green cities can be edible.” 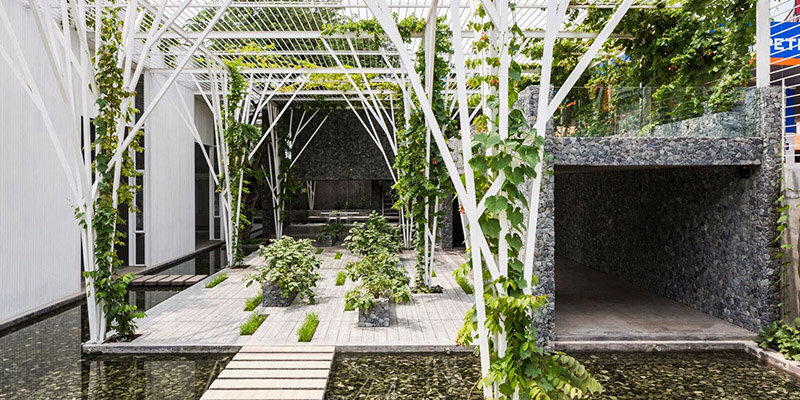 Westminster Bridge Road by Allford Hall Monaghan Morris was awarded the best in the Mixed-use – Completed Buildings category, which is supported by ABB and Busch-Jager. The project replaced a redundant 1960s office block with a lively mixed-use building that maximises panoramic views of the London skyline. The AHMM team is applauded for the “multiple uses compressed into a single block, and the interesting tension between the building’s interior complexity and the neutrality of its exterior identity.” There was another London-based winner in the Religion – Completed Buildings category, with the award going to Bushey Cemetery by UK-based Waugh Thistleton Architects. Conceived as a sensitive, sacred place, the project is an enlargement of the UK’s most significant Jewish cemetery on a 16 acre site in London’s Green Belt. Leading to the creation of two new prayer halls, the practice was commended for its thoughtful approach and selection of considered design details. The Victoria Gate centre by ACME in Leeds, UK, has been crowned victorious in the Shopping – Completed Buildings category. The project combines retail and leisure spaces anchored by a department store, and was applauded for its sensitive reinterpretation of the area’s existing 19th Century arcade. The project “contributes greatly to the urban fabric of the city,” said judges. 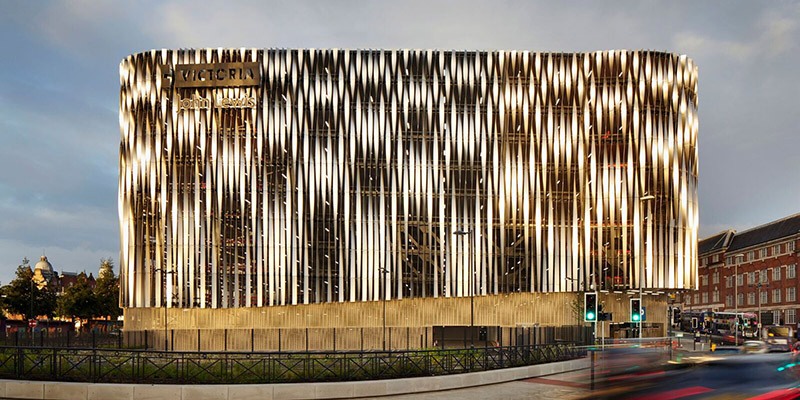 Grüntuch Ernst Architects have won the Transport – Completed Buildings category with their transformation of Chemnitz Central Station in Saxony, Germany – a project that is described as “a completely unexpected contribution to the city”. The renovation of the train station, now opaque from the outside and transparent from the inside, was “undertaken with a very constrained budget, and demonstrated what we hope for but do not usually expect from an architect – the transference of technical function into a work of the imagination”, said judges. 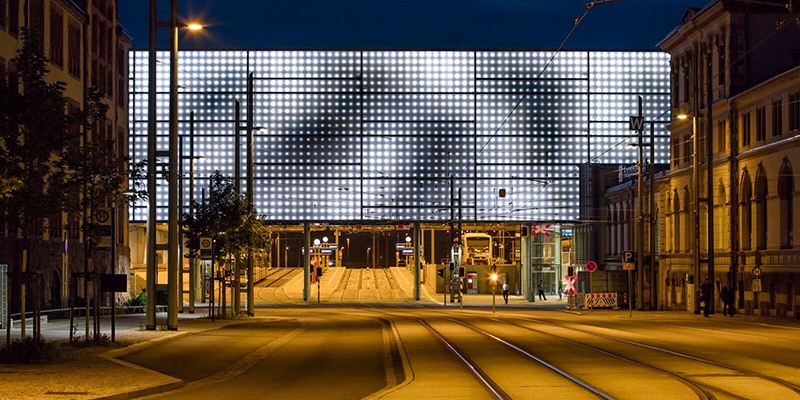 Bach with Two Roofs by Irving Smith Architects has come top in the Villa – Completed Buildings category. A group of three buildings which provide a second home for a young family, the project is located in a forest clearing overlooking Golden Bay in Western Australia. Two buildings are inhabited: the larger for the family, the smaller for friends or the kids, and the materials used were selected to blend into the surrounding bush and dappled forest light. Judges commended the project for “keeping environmental considerations at heart and the stewardship of one of our depleting resources, the forest.” 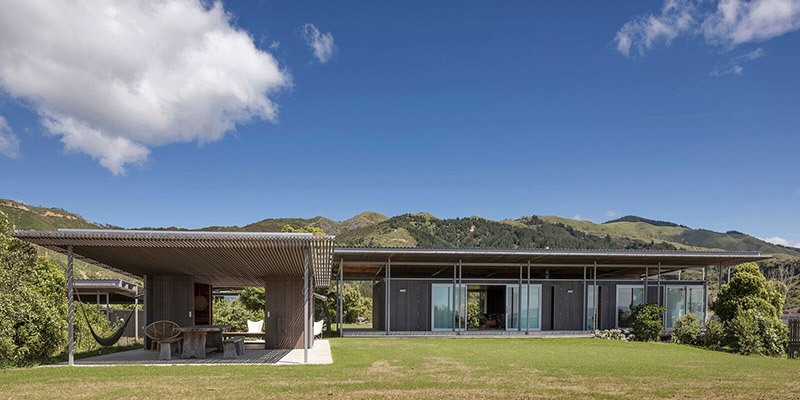 Currently in progress, the planned Göksu Residences in Istanbul by EAA Emre Arolat Architecture were today awarded best in show in the Residential – Future Projects category, which is supported by GROHE. The project aims to regenerate the unused former large and small units of the former Istanbul Cotton and Hemp Factory, built in 1933 on the banks of the Göksu River. The judges felt this development will be a beautiful place to live, commenting that “the constraints imposed by having to stay within the envelope of the listed industrial buildings were a happy imposition which have led to a delicate and elegant architectural solution.” 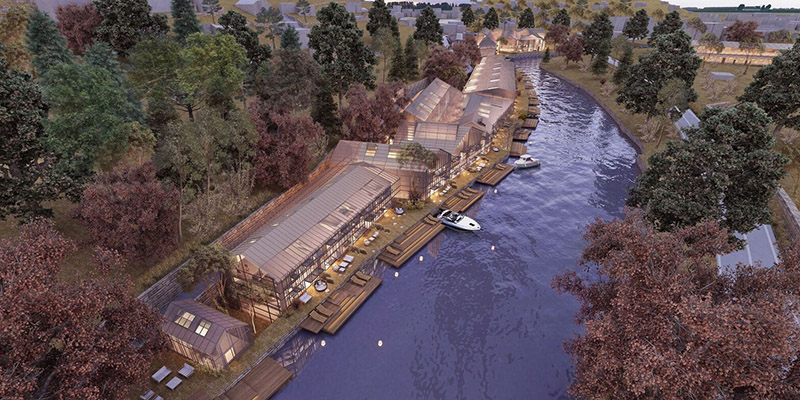 New Zealand practice Monk Mackenzie Architects won the House – Future Projects category for their Queenstown House project, a six bedroom house for a client to live in throughout the year that is designed to sit securely in the landscape and bridge a seasonal flood zone. Judges praised the “bold gesture” of the building, which appears to hover over the ground like a bridge, at once blending into its setting and exposing itself to the extraordinary views that surround it, whether in sunshine or snow. 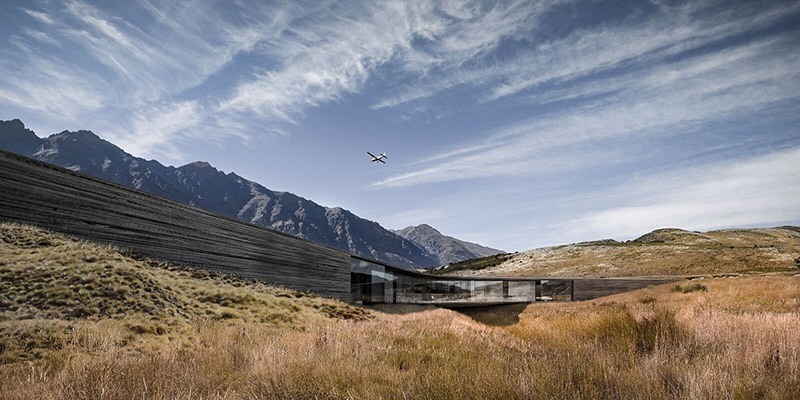 Sydney Fish Markets by Allen Jack+Cottier and NH Architecture was deemed the strongest entry in the Masterplanning Future – Future Projects category. The practice’s vision for a reimagined local landmark was applauded for “the brave idea of moving the site – combining architectural ambition with an honest appraisal of the delivery risks”. WilkinsonEyre have emerged victorious in the Commercial Mixed-Use – Future Projects category, which is supported by Miele. The visual drama of the practice’s plan for Battersea Power Station Phase 2 won the unanimous vote of the judges, who commented that “London is about to gain a majestic new destination.” The practice is lauded for its “ingenious blending of commercial, retail and residential uses – and the way in which the design combines privacy where needed with wonderful public circulation and placemaking, which is masterful.” 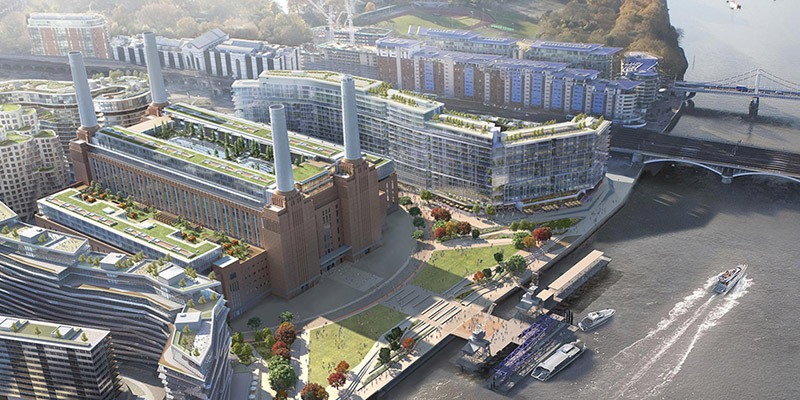 Swedish practice Sweco Architects have won the Culture – Future Projects category with their project Kulturkorgen – A Basket Full of Culture: a winning proposal for a new culture house in Gothenburg, Sweden. Judges extolled the concept as “an optimistic project that celebrates cultural diversity and integration.” The venue will combine a library, a café, exhibition space, meeting rooms, a studio, a small theatre and a green house to form a “an informal and accessible community space.”

The Education – Future Projects category has been won by Feilden Clegg Bradley and SHALOTTO architecture for their project Aga Khan Academy in Dhaka, Bangladesh. The concept is commended for its student-focused scale and intelligently designed landscape. A “very beautiful” school for the future, judges remarked that the building “demonstrates clear site zoning and the use and detailing of brick is relevant and sustainable.” 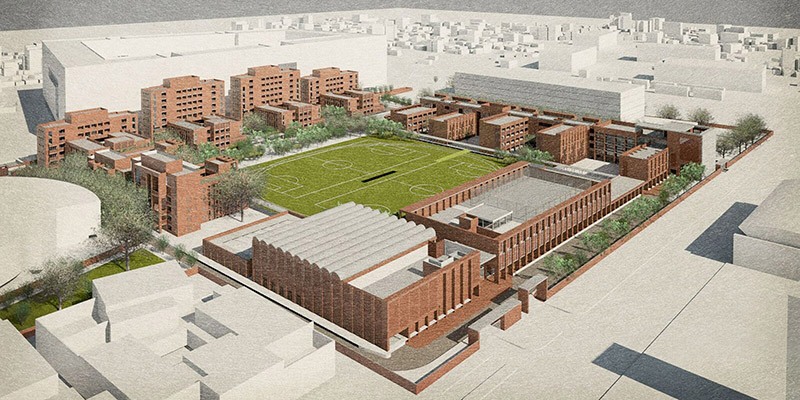 Winners of the World Architecture Festival 2017 day one here