Vacation house in a depopulating area of rural Spain

Vacation house in a depopulating area of rural Spain

This vacation house designed by Mecanismo is located in Huerta de Rey, Burgos, the Spanish province with more little villages. Most of them, in the process of depopulation.

In the past 50 years, Spain’s rural regions have lost 28 percent of their population, and are now popularly known as la Espana vacia – empty Spain. A real environmental, human and historic problem, a disaster for the whole country due to the absence of state investment, transport infrastructure and employment opportunities.

Rural Spain emptied in the postwar decades as Franco oversaw the rise of industries in cities, and mass tourism along the coast.

Today, depopulation has reached such a pitch that a large triangular area in the northeast interior of Spain has fewer people per square kilometer than Lappland.

City life offers more prestigious work, at better pay, for fewer hours, in an exciting ambience, which offered them material comfort, and their children a future.

Even if the Covid-19 pandemic is turning that logic upside down, this pervasive process of social emptying had a direct impact on local architecture.

In many cases in decline and a process of ruin. This situation gives rise to a characteristic environment full of buildings, that time ago gave place to a prolific activity that maintained the rural population. 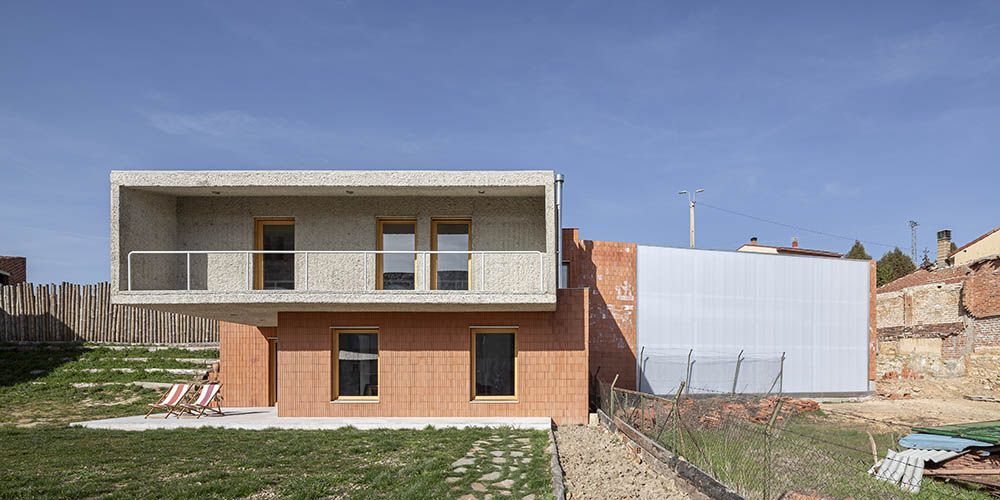 Currently, these places are vacation spots that, during the rest of the year, maintain a somewhat melancholic serenity. Huerta de Rey is a clear example of this.

And it is this context that defines the character of this vacation house and its intention of being integrated into the characteristic decayed rural environment that surrounds it.
The plot is located between two streets that limit it on its northern and southern boundaries. These streets are located at different heights with respect to the plot, the north street, three meters above and the south street below.

It is along the northern boundary, where the house is implanted, leaving the rest of the south-facing plot totally free. It solves the contact with the street by creating a hermetic ceramic block wall that isolates the house from the less favorable orientation and privatizes it with respect to the street.

Only this wall opens slightly in its central part, giving rise to the access and with a lattice that reveals the double-height patio, which goes down to the lower level of the house.

The vacation house by Mecanismo is structured in two parts that are clearly identifiable as they are resolved with different materials.

The first one that gives rise to a large ceramic block wall, which faces the north facade and functions as a basement at the level of the garden, and it is where all the common spaces are housed, the bathrooms on the upper floor, and the living room, kitchen and toilet on the garden level. 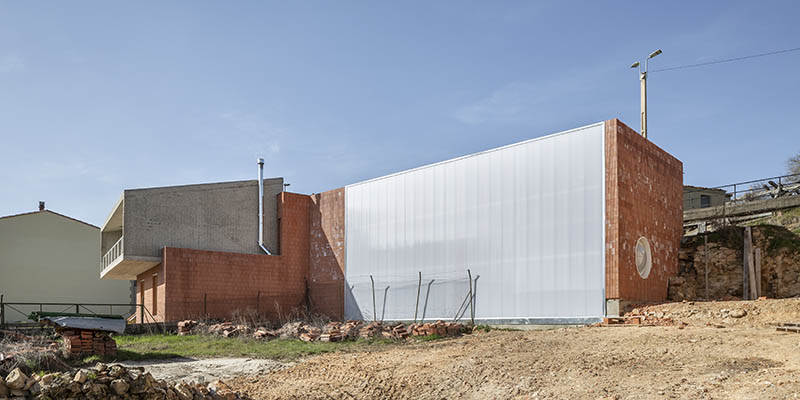 Suspended and connected on the upper level to the block volume, a piece of raw concrete emerges that flies to the south part, forming the porch below it and containing the three bedrooms.

In this way, a clear functional scheme is generated, coinciding with the structure and materiality of the project.

The spaces are arranged optimizing functionality and positioning themselves within the house according to their degree of privacy.

Always prioritizing optimal natural lighting and protecting itself from the direct incidence of the sun by means of flights, which contributes, together with the controlled orientation of the openings and the semi-buried situation of the ground floor, to the natural thermal regulation of the house. 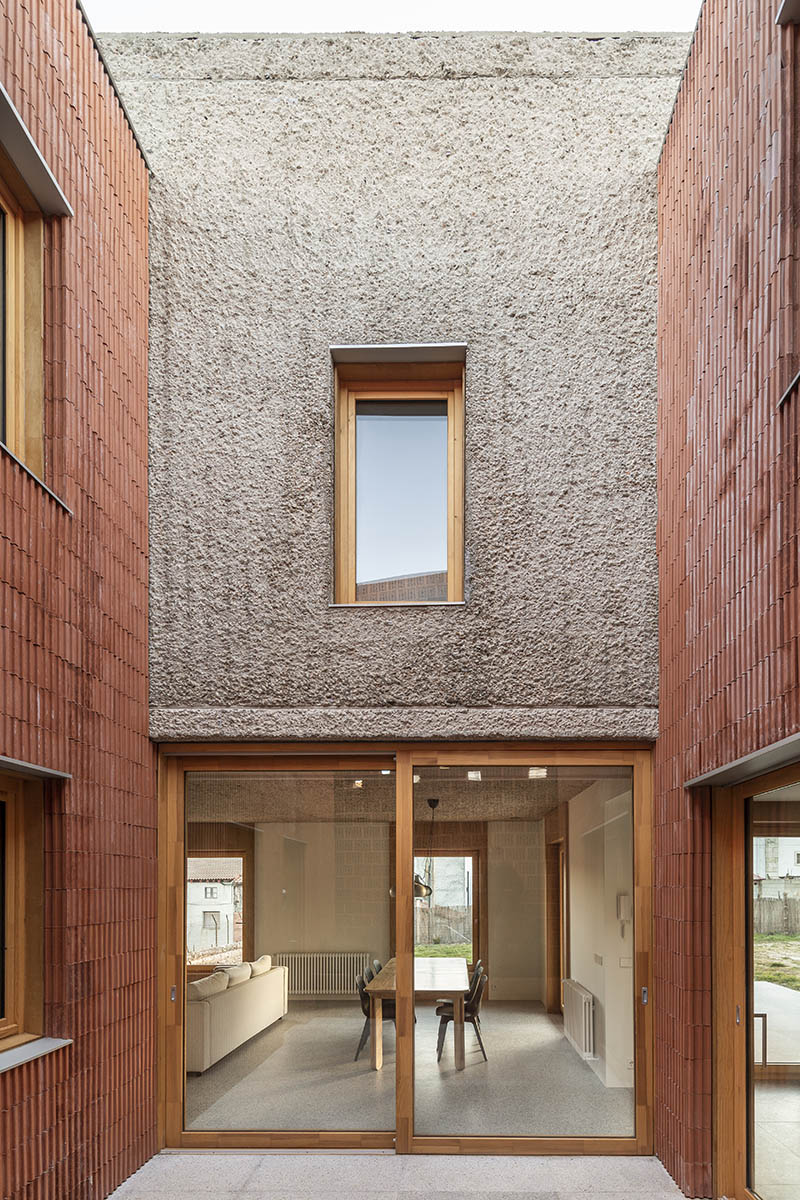 The materials used have to do with the situation and the integration of the vacation house in the context and its adaptation to a limited execution budget.

The ceramic block placed on the bone and in a different way in each situation, gives rise to a ventilated facade with texture and dynamism. The crushed concrete is shown in its most primitive state, highlighting its rough and irregular stony nature.

Inside, natural materials. Granite and oak wood are combined in paneling and flooring, creating a warm atmosphere.
All this gives shape to a house that responds in an integral way to the rural nature that surrounds it.