Restaurant Felix in Amsterdam by i29

Restaurant Felix in Amsterdam by i29 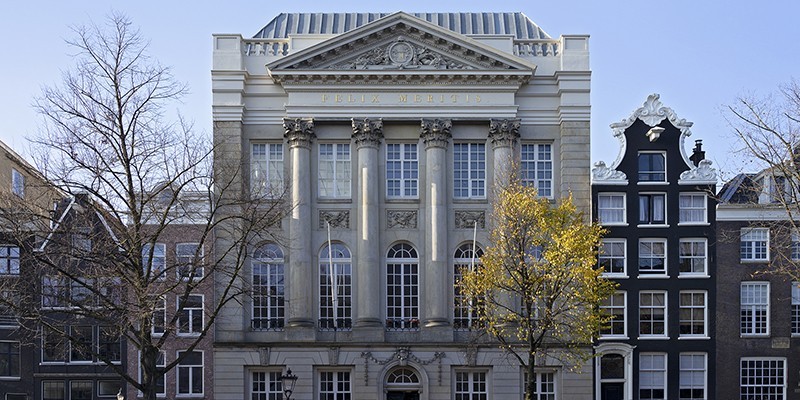 Located in the Historical Felix Meritis building in Amsterdam (Keizersgracht 324) and designed by the architect Jacob Otten Husly, Felix Meritis is a one of a kind setting. Built in 1788 Felix Meritis was home to the cultural society Felix Meritis established for cultural development in the form of Music, Drawing, Physics, Commerce and Literature.

The building itself was meant to exemplify the Enlightenment ideals the society stood for. The classical temple façade with its colossal Corinthian pilasters and pediment represents the society’s five departments with five sculptures representing the visual arts and architecture, literature, trade, natural sciences and music. The interior includes original 18th-century features such as the central staircase, the oval concert hall (renowned for its acoustics) and the domed roof – underneath which there used to be an astronomical observatory. 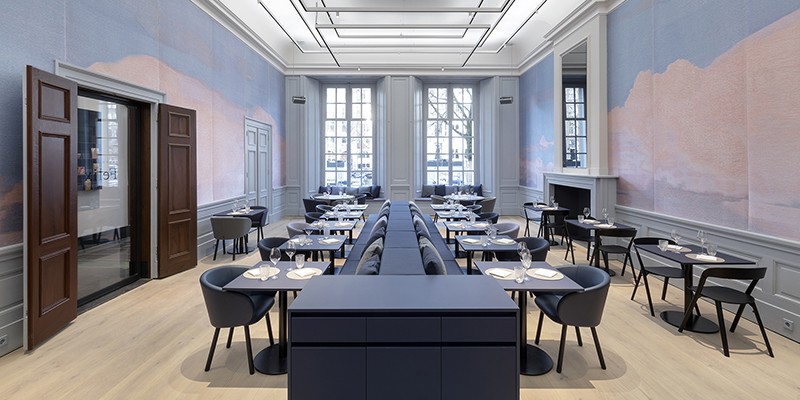 In 1988, one hundred years after the old society was dissolved, The Felix Meritis foundation was re-established in the building as a European center for art, culture and science. Felix Meritis is an independent international meeting place and serves as director of the European public debate, cultural processes and international projects and exchanges. Nowadays Felix Meritis building is ready to host its restaurant, the Restaurant Felix. 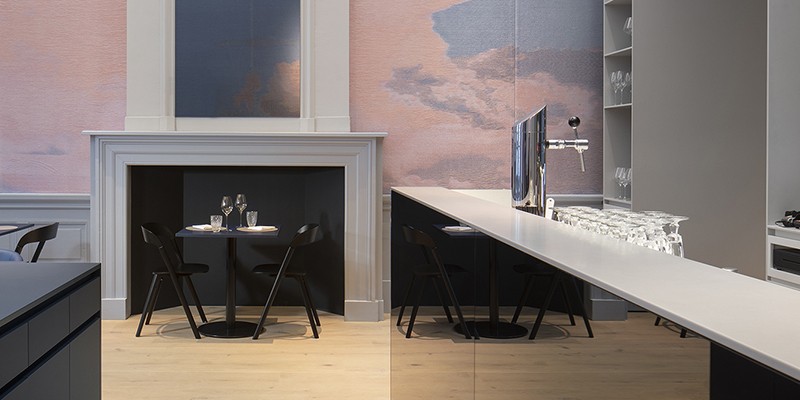 i29, the award winning design office for interior and architecture projects listed in our best of architecture firms in the Nederlands, is responsible for the complete interior design of Felix Meritis. Every room within the building refers to a specific period in the building’s history, to create their own identity. Together they form a collection of colorful characters in the renewed house of enlightenment. 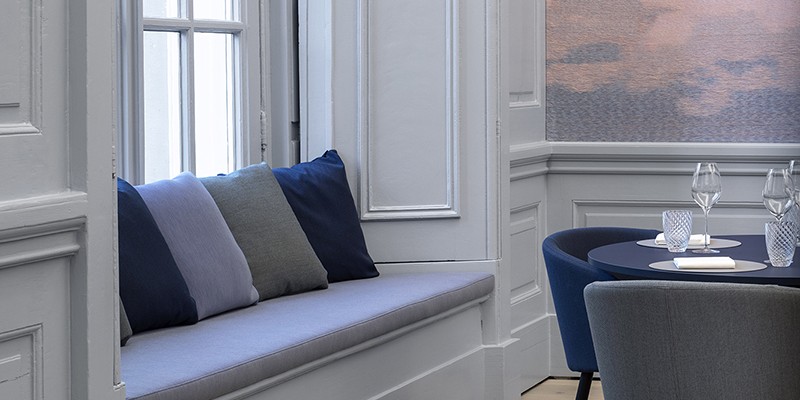 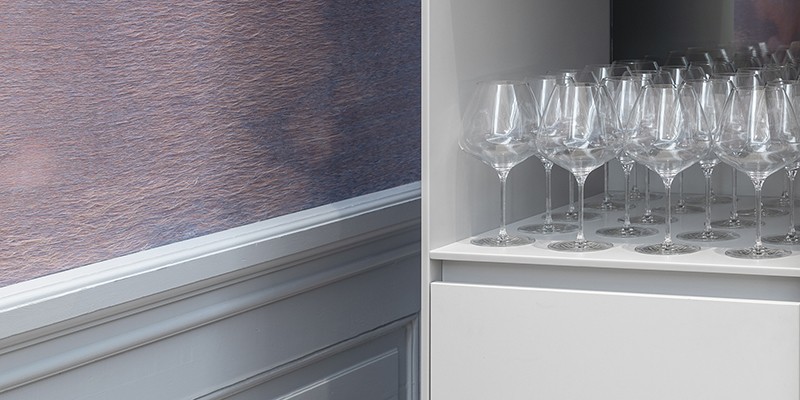 The design of the restaurant is an interpretation of a Dutch period room from the 17th century, including use of historical colors and textile wall covering in a distinctive contemporary way designed by Buro Belén. An image of a typical Dutch sky has been translated into a tactile wall covering that contribute to superb acoustics. Light installations by Lichtconsult hang from the ceiling as a modern “chandelier” and connect the restaurant with the reception area to create a grand entrance at Felix Meritis. 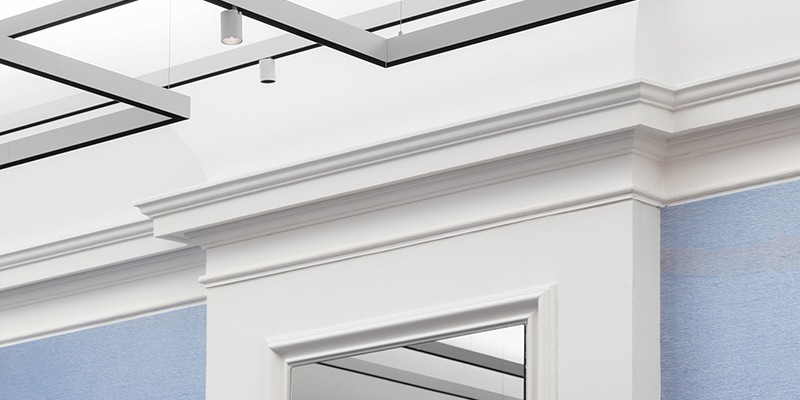 The restautrant opens its doors on January 30th 2020 and the complete building will be opened on March 20th 2020.

Restaurant Felix will have a ‘permanent’ chef for the first time in history to run the kitchen and to guarantee a high culinary standard.
“Think globally but trade locally” is the approach for the restaurant.

Welcome to ARCHIVIBE Your personal data (address or phone number, your user ID and password, e-mail address) are collected and processed by ARCHIVIBE for purposes strictly related to the proper use of the website and its information services, with information also provided by third-party advertisers. Your personal information may also be used in other processing operations, however, in a manner in line with these purposes. Your personal data is processed electronically and will be stored in a way that allows you to be identified for the time strictly necessary for the purpose for which the data was collected and subsequently processed and, in any case, within the limits of the law. To ensure that your personal information is always correct and up-to-date, relevant and complete, please inform us of any changes at: [email protected] Your personal information will not be disclosed to third parties for purposes not permitted by law or without your explicit consent. While using and browsing on our websites, some personal information may be collected automatically (by means of so-called "Cookie"), like, for example, the collection of the user's IP address and other information relating to browsing the website or the user's preferences expressed when choosing the services offered by the site. This information and data are collected directly and automatically by the web site and as part of its operational functions. Cookies serve different purposes. Cookies allow a site, for example, to: - Remember your login information - Offer you safe browsing after a login - Optimise the website performance by reducing the loading times of the pages you visit - Improve the user experience - Ensure a consistent appearance to the site - Remember the list of your favourite products - Remember the contents of your shopping cart - Remember the order at the moment of your arrival on the site - Allows you to use the "share" and "like" features - Send information to other websites for the personalisation of their advertisements Besides the cookies installed by the site, we use some third-party services that use external cookies. The purposes for which information is collected by these cookies are divided into the following types: > Analytical purposes, i.e. cooking serving to collect statistical information on the traffic and service use by the users, for example, how many visitors visited the site in a given period of time, which pages were visited, the duration of the visit etc.. This information is collected anonymously, and is not connected in any way with the personally identifiable information of the users who have visited the site. For this type of monitoring, we use the following third-party services: Google Analytics > Social sharing purposes. Some social networks may activate cookies for the proper functioning of their content sharing services. For example, when a site page contains a "share" or "like" button, the selected social channel establishes a direct connection to the site. The transmission of data to social networks is governed by the privacy policies and by the terms of use of the cookies of these companies, to which reference should be made for further information. Below is the list of social media networks used on the site: Facebook, LinkedIn, Instagram
<script type='text/javascript' src='https://www.archivibe.c