Sweets Hotel is a new concept of scattered hotel in Amsterdam.

The scattered hotel is an innovative concept of hospitality launched in Italy (as albergo diffuso) in the early 1980s as a means of reviving small, historic Italian villages and town centres off the usual tourist track. 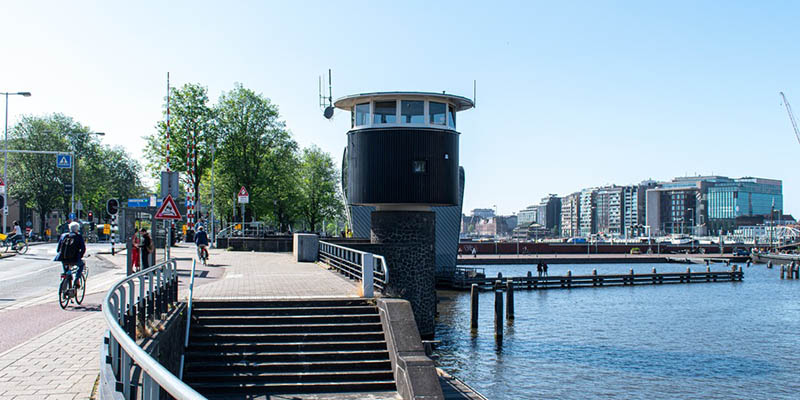 Translated into English as “dispersed hotel”, “scattered hotel” or “virtual hotel”, Sweets Hotel is a hotel that is not in a single block, but converted out of various historic buildings in a community.

In the same manner, Sweets Hotel is dotted across Amsterdam in 28 different bridge houses, built along and on Amsterdam’s canals between 1673 and 2009, each one designed in the architectural style of its building period.

In Amsterdam, there have always been small structures near bridges. These were often wooden bridge control cabins next to drawbridges, but there were also urinals and electricity transformer kiosks. Often, too, there were small kiosks selling newspapers, cigarettes and snacks to passers-by on the water and on land. 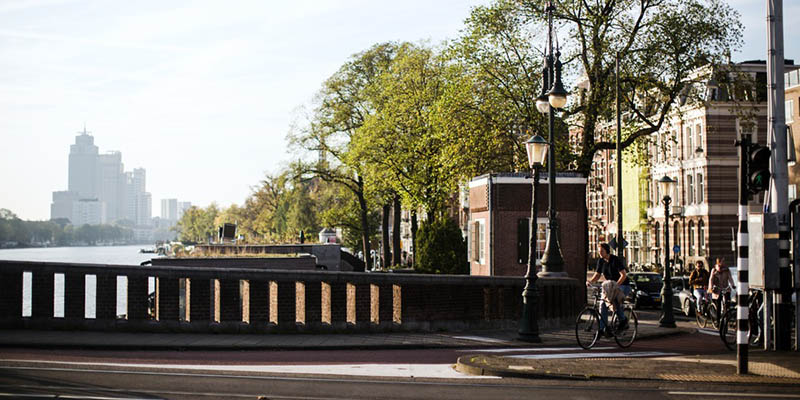 For centuries, the bridge houses of Amsterdam accommodated the city’s bridge keepers, who are responsible for opening the bridges for passing water traffic. With building dates between 1673 and 2009, the bridge houses carry an extensive history. Their various architectural styles show how the city developed and grew when new quarters were built and how people thought about city development at that time. Many bridges and bridge houses are designed by renowned Dutch architects, such as Hendrik Petrus Berlage, Aldo van Eyck, Dirk Sterenberg and Pieter Lodewijk Kramer.

After 1990 the design and construction of bridges was no longer a municipal responsibility. For each new bridge, a brief was drawn up within which an external architectural office produced a design. As a result, different and varied designs for bridge control buildings became possible. The designs that followed were strongly influenced by international architecture, in particular the work of Richard Rogers and Norman Foster. After a period of sober functionalism, bridge control buildings are once again real eye-catchers along the waterside. Striking materials are deployed in order to give extra emphasis to these architectural gems. 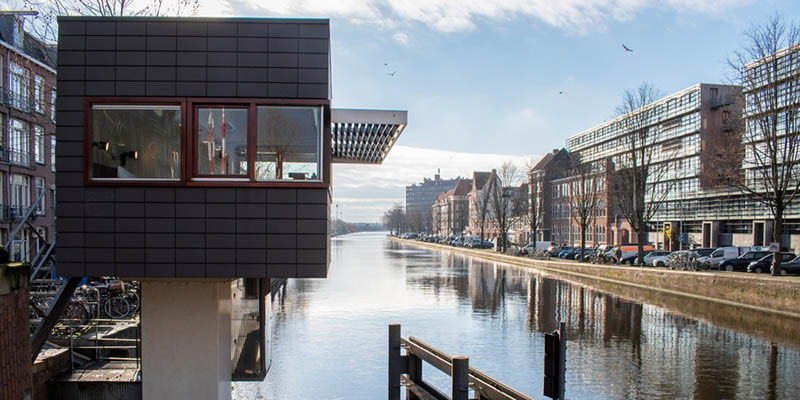 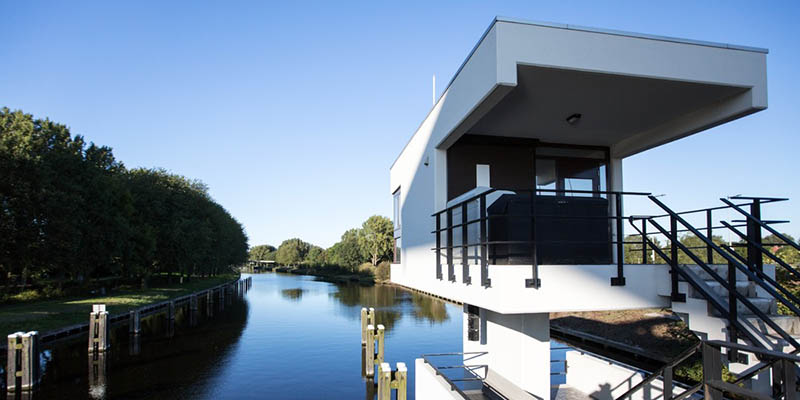 Due to the centralization of bridge control and the impending computerization of the bridge operating system, the bridge houses lost their original purpose of working space for Amsterdam’s bridge keepers. SWEETS hotel reuses this industrial heritage by transforming the bridge houses into stand-alone hotel suites with unique interiors, designed with the architectural history of the tiny building in mind. 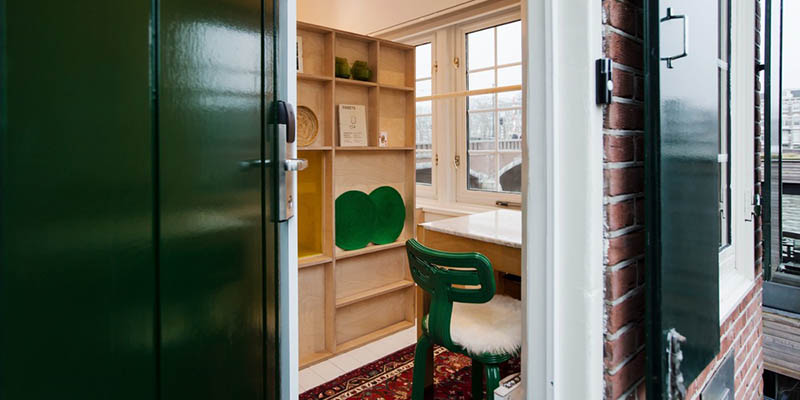 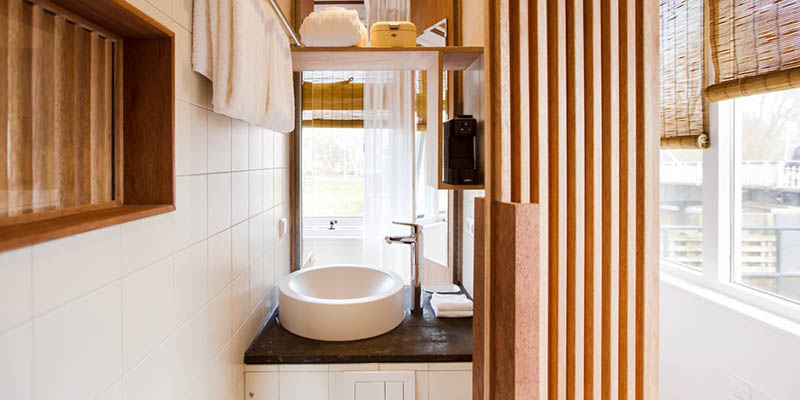 In 2012, the municipality of Amsterdam decided to centralize bridge control, which made the bridge houses – often registered monuments – lose their original purpose.

Sweets Hotel gives new life to this industrial heritage. Although the tiny houses – some with a floor size as small as 10,5m² – were not designed for people to sleep and shower in, the 2-person hotel suites are now all equipped with a shower, toilet and pantry. Two bridge houses are furnished with a kitchen. Because of their former function and particular locations, all 28 bridge houses have a panoramic and far-reaching view across the canals of Amsterdam. 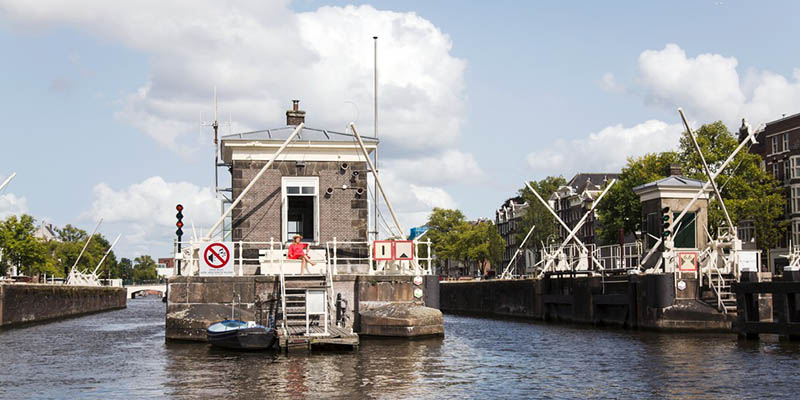 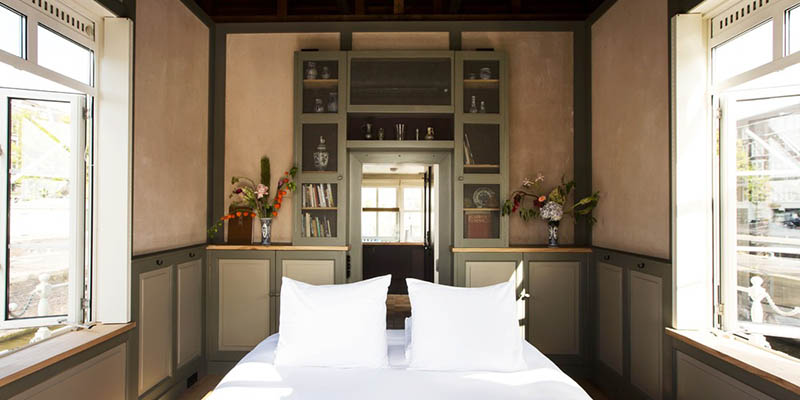 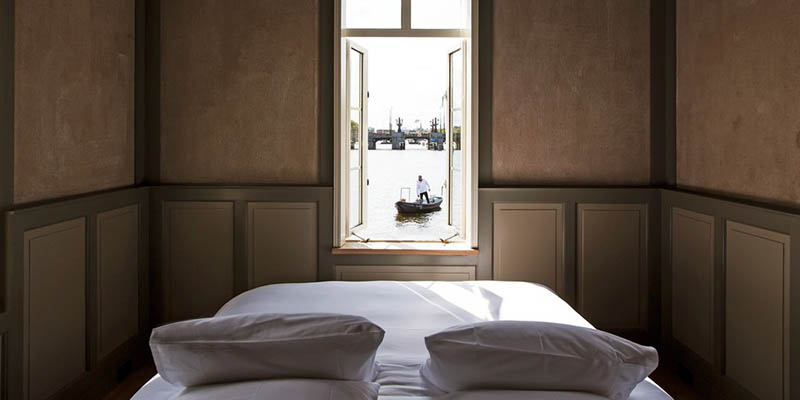 With respect for the original architects, the interior design team of Sweets Hotelresearches and reacts to the architectural history of each individual bridge house. During so-called ‘design picnics’ on location, together with all the involved partners, the team chooses which elements to preserve and which to play with. For example, some historical remnants were found during the renovation process of bridge house ‘Amstelschutsluis’ (built in 1673).

Sweets Hotel’s design team kept these remnants intact as much as possible. Moreover, the team researched the 17th-century Dutch traditions and the use of materials and colours, of which the results were balanced out with contemporary elements.

For the interior of bridge house ‘Hortusbrug’, a tiny architectural icon in the style of ‘De Stijl’, the design team took their inspiration from famous Dutch architect and designer Gerrit Rietveld, playing with typical Rietveld-elements while respecting his legacy. 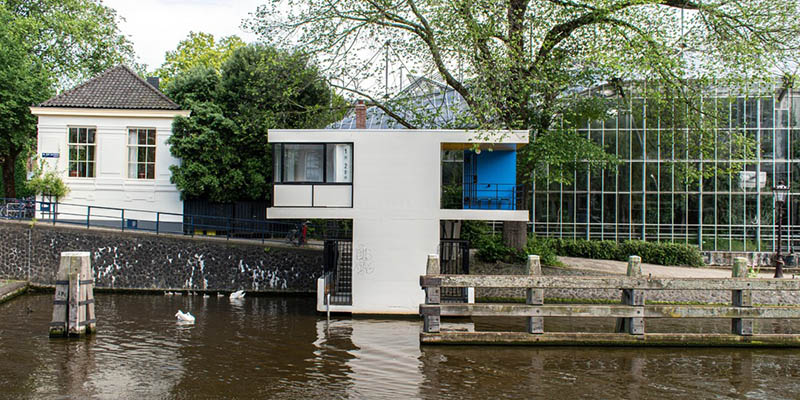 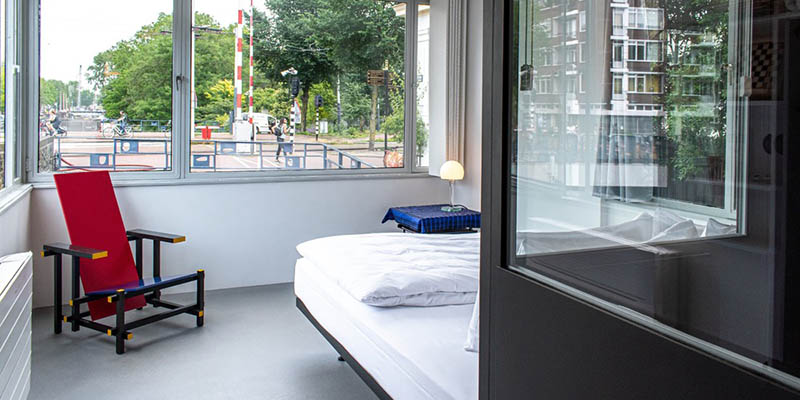 The city of Amsterdam is Sweets Hotel’s lobby: with the self-composed Neighbourhood Guide on the electronic tablet in every bridge house, Sweets Hotel encourages guests to explore the neighbourhood and discover different sides of Amsterdam, mostly outside the crowded city centre.

Sweets hotel officially opened the first 11 bridge houses on March 15th, 2018. 10 have been added since then and the remaining 7 will be completed before the end of 2021.

I’m sure you will love to experience the bridgemaster vibe in Amsterdam!