Fuorisalone Award 2022 will honour the most memorable projects of Fuorisalone from this year.

Building on the experience gained in the past with the Milano Design Award, produced by Elita (last edition in 2018), Fuorisalone Award intends to exploit the renewed digital platform to consolidate the relationship and a sense of trust with its growing audience. 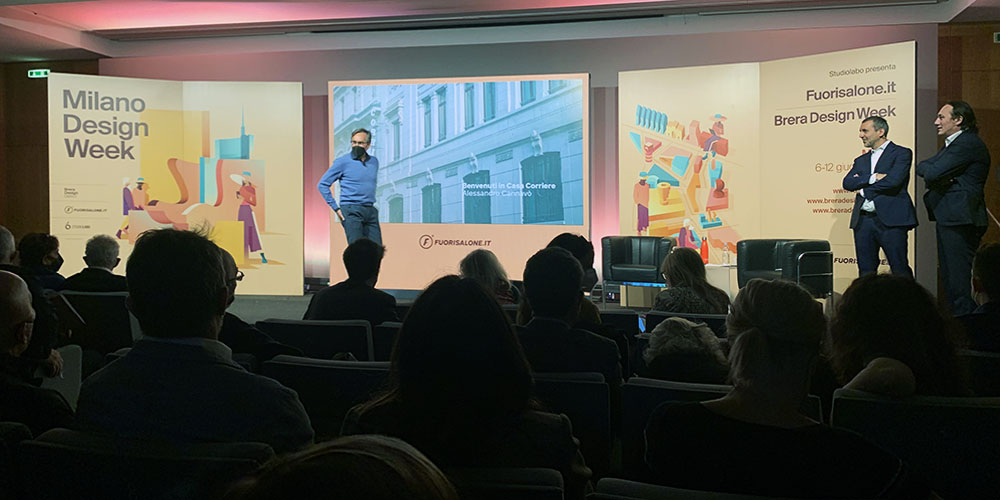 As affirmed during the press preview today, The Fuorisalone Award aims to promote both the most distinctive installations on show in Milan (Audience Award) and also contents, projects, activities of interest for the international design community (Special Mentions).

Thanks to the contribution of Regione Lombardia, the Fuorisalone Award 2022 also aims to reward the best projects presented during the Milan Design Week 2022 itself, where the Fuorisalone is actually the beginning of a journey that will take the winners through to the following year’s edition.

The projects that will be competing for the Audience Award will be visible on a dedicated section of the Fuorisalone.it website, and will be accessible through a system of event pages with content and photos.

Voting will start on Tuesday 7th June 2022. Users will be able to vote after registering on the platform.

The Audience Award is aimed at the 20 most memorable installations/events of the 2022 edition, selected through a work curated by Studiolabo/Fuorisalone.it.

The award aims at having a strongly democratic value, since it is decreed on the basis of direct public votes.

A combined work carried out by a technical committee will instead focus on contents of relevance for the project and design sector that are qualitatively innovative and rich in meaning.

The selected projects will compete for four special mentions in the categories:

This section of the award supports the value of Design Culture, which is not necessarily only expressed in its physical and aesthetic appearance, but also in its deeper meaning, producing value and offering alternative and increasingly innovative visions.

The “Observers” who will be in charge of selecting the best contents, projects, activities of interest for the world of design, in line with the categories of the special mentions will be: Clara Bona, Elisa Massoni, Patrizia Scarzella, Walter Terruso and Basil Green Pencil (Chiara Centrone e Maykol Andreotti).

The Jury who will elect the winners of the special mentions is made by several professionals representing the various disciplines that are linked to the Design System: Design, Art and Academy & Research.

Paolo Casati, owner of Studiolabo and co-founder of Fuorisalone.it, said: “The decision to match the award with an NFT is driven by the desire of Studiolabo, author of Fuorisalone.it, to always develop new and innovative communication processes and languages capable of creating a direct relationship with the context, making the most of the opportunities offered by digital”.