Hawkins\Brown have been involved in the upgrade of the existing Tottenham Court Road LUL station for over 20 years, from concept design to construction stage.

Tottenham Court Road is one of the busiest Underground stations in London with over 100,000 passengers using it as the ‘gateway to the West End’. The station first opened in 1900, and as the number of passengers using the station has increased over the years improvements, extensions and refurbishments have been carried out piecemeal.

Hawkins\Brown are working with CH2M Hill, Taylor-Woodrow Bam-Nuttal and LUL to ensure that once Crossrail opens, the station functions as one transport interchange. We have enlarged and enhanced the existing station, providing new entrances, a larger ticket hall, improved platforms and passageways. 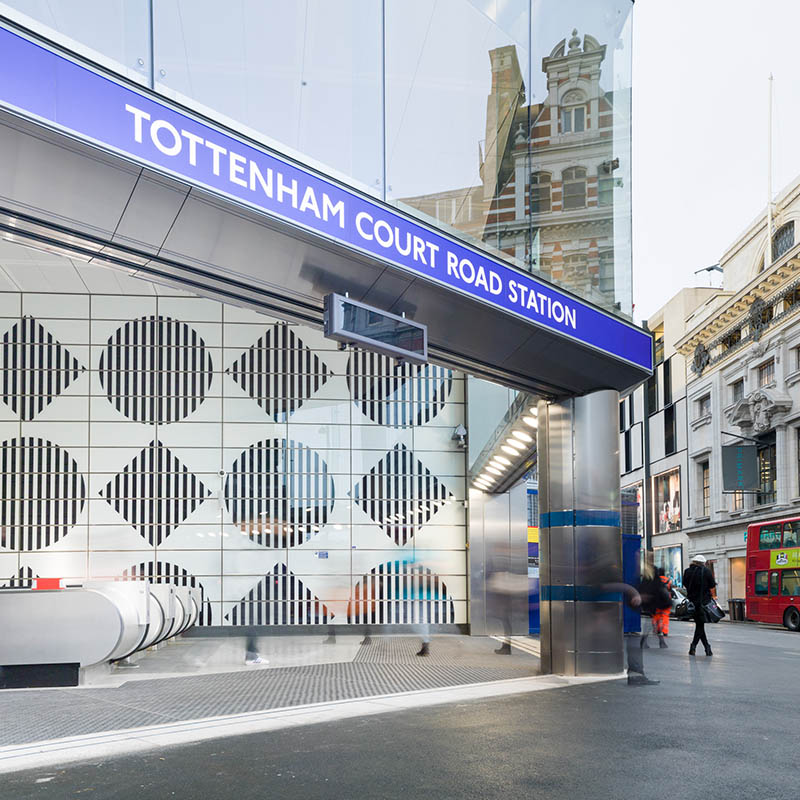 The site is a sensitive urban node interfacing with the Grade II-listed Centre Point tower, two London boroughs, and a new Crossrail interchange opening imminently. Keeping the station operational whilst modernising the intricate existing tunnels and cross passages has been a key consideration for the design team. Hawkins\Brown have been in consultation with stakeholders including London Borough of Camden, City of Westminster, GLA, TfL, Almacantar and Crossrail Limited throughout the process.

The upgraded station houses a number of public art pieces. The design team and client have gone to great lengths to preserve the well-loved Paolozzi mosaics throughout the station. In total over 95% of the mosaics have been retained in their current place or with a mixture of new and original tiles. To complement the mosaics, a permanent art installation was designed by French artist Daniel Buren. The new artwork is located in the unpaid area of the station, offering a gentle means of way-finding. 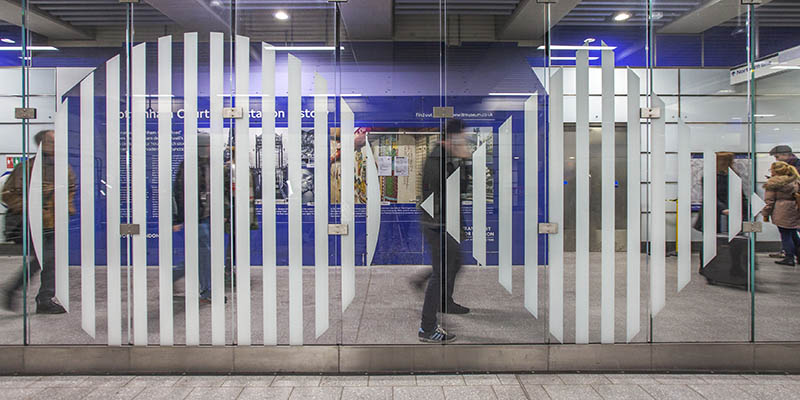 The urban realm is part of the larger ‘St Giles Circus’ scheme which stretches from Tottenham Court Road Station to Soho and Covent Garden beyond. With the arrival of Crossrail, the new public plazas at the foot of Centre Point tower will establish a new gathering space to accommodate the anticipated 200,000 daily pedestrian movements. These works and the station upgrade are part of a £1 billion redevelopment and makeover of the area. 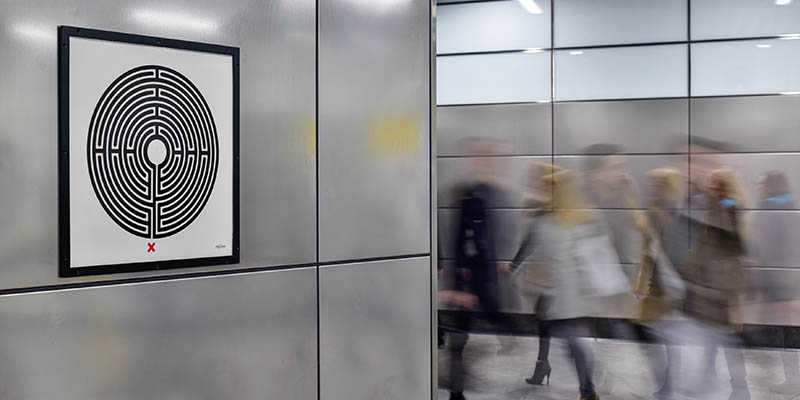 Hawkins\Brown is an architecture practice based in London, Manchester, Edinburgh and Los Angeles. Founded over 30 years ago by Partners Russell Brown and Roger Hawkins, the firm brings a collaborative approach to projects across a range of types and scale in five main sectors: civic, community & culture; education; workplace; transport & infrastructure and residential.

Recently completed projects include the 20-year project to upgrade Tottenham Court Road Station; Here East, the 1.2 million sq ft workplace campus in London’s Queen Elizabeth Olympic Park; a new headquarters building and estates strategy for The Bartlett UCL, the world’s No.1 ranked school of architecture; the restoration and modernisation of the Grade II listed Hackney Town Hall and 538 new homes for Peabody as part of the ongoing regeneration of the St John’s Hill estate Clapham. Alongside its work in architecture, design and planning, Hawkins\Brown conducts industry leading research, with outputs that include H\B:ERT an open-source and free-to-use plug-in for BIM models that enables teams across the industry to analyse the whole-life carbon impact of their design choices. Hawkins\Brown’s awards in 2019 include: an RIBA National Award for the Beecroft Building for the University of Oxford and Sustainability Prize & Overall Winner in the New London Awards for Agar Grove, the largest development of Passivhaus homes in the UK, designed for the London Borough of Camden.