Pole Simone Veil is a multifunctional, sociocultural and sporting equipment designed by K Architectures in the Danton district in Le Havre, France.

Le Havre, an urban French city in the Normandy region of northwestern France, is a moving atmosphere full of powerful stories and spray.

Many architectures in the city are classified as “historical monuments”, but the 2000s marked the real recognition of Le Havre’s architectural heritage. The city received the label “City of Art and History” in 2001, then in 2005 UNESCO inscribed the city of Le Havre as a World Heritage Site.

The Danton district, where the Pole Simone Veil is located, offers an architectural heritage of a astonishing diversity, indeed the buildings compete with each other in ornamentation, fitting of molding bricks, wrought iron, wooden doors carved and that for almost a century now. 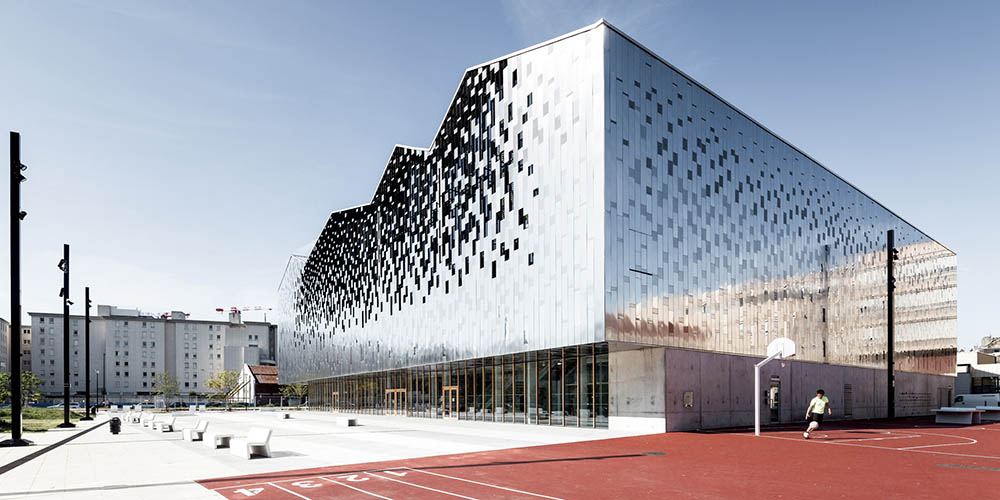 The new cultural, associative and sporting facilities are being established as one of the centerpieces of the Danton district, which is in the process of being upgraded.

It responds to the policy of the city of Le Havre and more closely to the expectations of the inhabitants who were consulted to compose its programme.

This programme called for a strong and identifiable architecture, a unifying ”cornerstone” open generously to the public space of which it would be an extension.

K Architectures understood the desire for a generous and friendly architecture capable of welcoming those moments that are both simple and incredible during which people come together in a spirit of brotherhood. 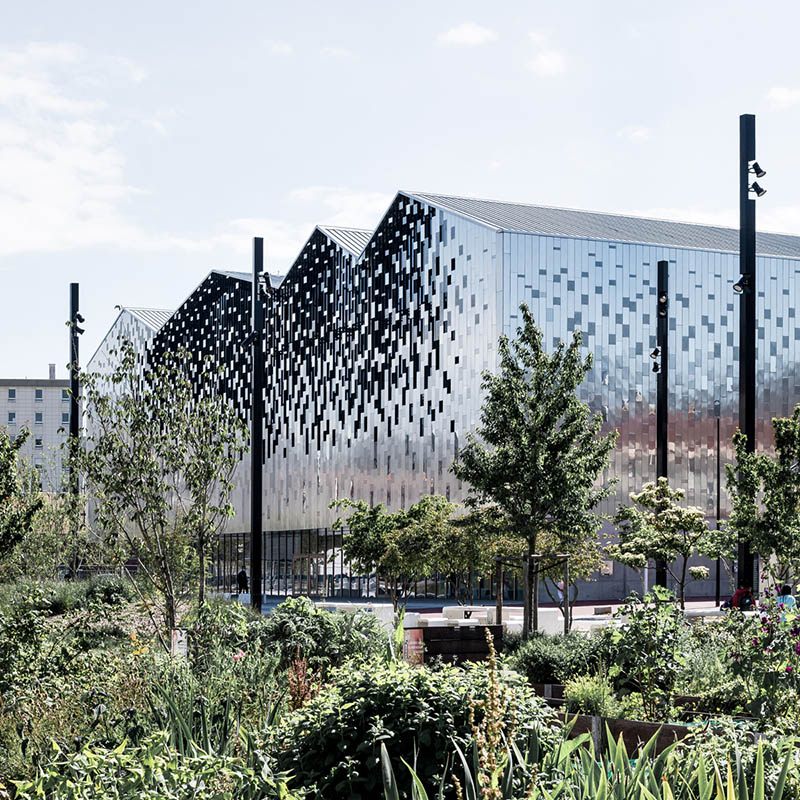 The project is part of a simple plan that completes the framework of a new public square intended to unite the neighborhood. Its facades are kindly aligned with those of the neighboring streets to underline the shape of this vast collective space which combines an ample mineral mall with intimate gardens.

The building draws its genesis from the archetypal morphology of the brick warehouses that populated the neighboring docks.

This urban landscape, crenellated with double-pitched roofs, is undeniably linked to the heritage of Le Havre to the point of making it a familiar vector of well-being. 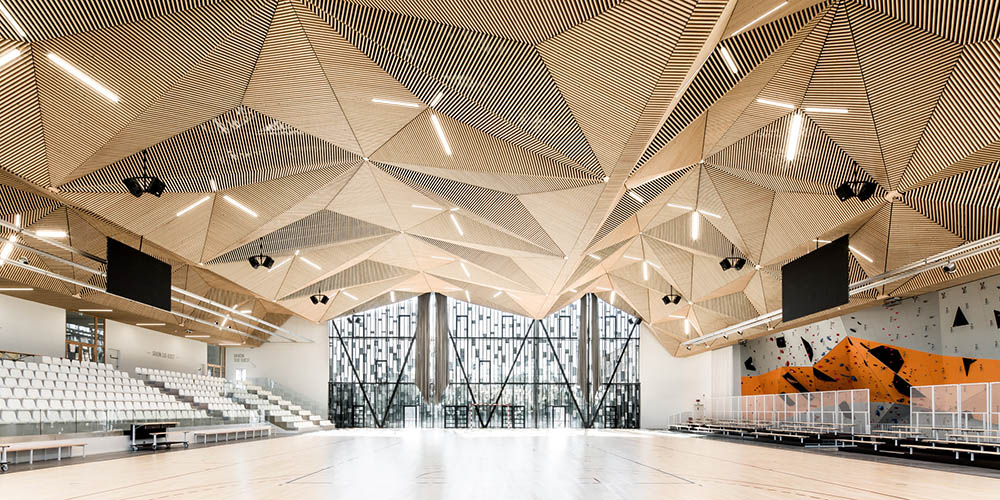 The project reproduces their profile to perpetuate their almost melancholy symbol, that of a flourishing and peaceful era. It also pays homage to the simple beauty of their capable large volumes by attributing their efficiency to sports spaces.

The contemporary building, shaped in the image of an icon firmly anchored in its ground, is nevertheless being recomposed to accommodate its new function.

The project is therefore implemented with a dual appearance. He asserts an unchanging and powerful urban presence while dressing himself in a sensitive landscape animated by the pictorial reflections of his environment in general and of the public garden in particular. 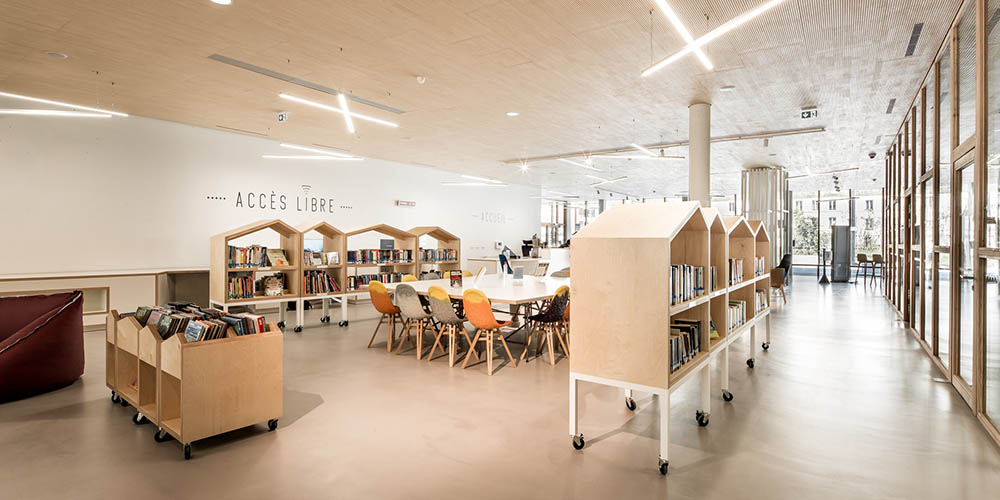 The interior architecture echoes the exterior envelope in a more domestic register. It takes up the theme of clarity by diffusing a generous light through fluid spaces that seem powdered with a vaporous white. 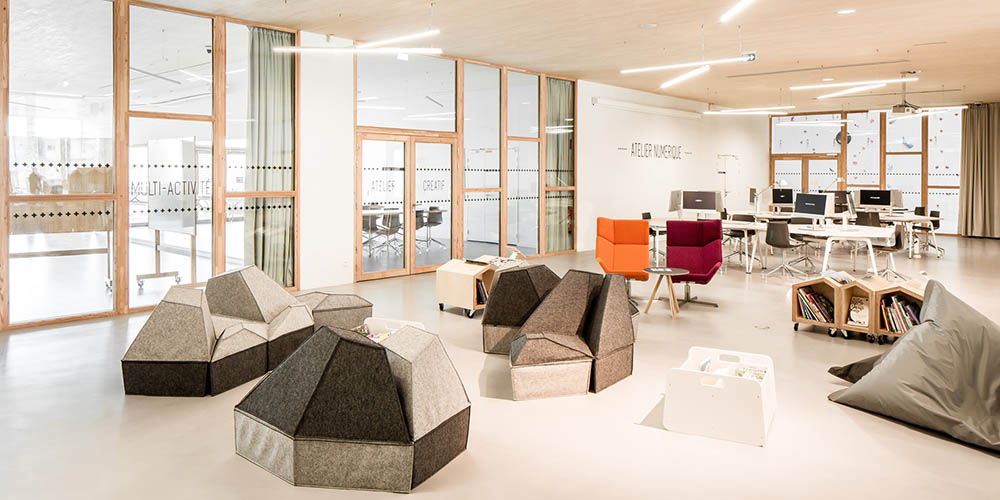 Wood structures this peaceful general atmosphere and de facto adds a feeling of well-being, stemming from its biophilic action. It is the large sports hall that benefits the most, with an entirely wooded suspended vault following a sophisticated geometry.

From these founding attentions to the city, to the place, to its inhabitants and to its uses, architecture has become a sensitive interpreter to result in this unique edifice.