The former building, the Berlin-Wilmersdorf tax office, which was built in 1971, covers around three quarters of the block Blissestrasse 5 / Berliner Strasse 132 / Uhlandstrasse 97 / Wilhelmsaue 26-27.

The ground floor is almost completely superstructed by buildings and mainly used for retail and parking purposes. The rising storeys are divided into four separated but connected buildings, which are set back to different distances from the edge of the block.

This office building renovation is an example of a contemporary, sustainable architecture and approach, and a conscious engagement with the existing architecture from the 1970s that characterises the city in this district.

The renovation of office building complex Blissestraße 5 could fit into the concept of circular economy in the built environment, at least in terms of repairing and reusing the shell.

“All in all, it would have been economically cheaper to demolish the building and the leaking underground car park and rebuild. Instead, only the non-load-bearing underground garage floor was removed and a costly WU (water proof concrete) sealing floor was installed. The emaciated shell was statically analysed in detail and strengthened as micro-invasively / substance-preserving as possible, adapted to the newly installed building services and reused. Thus, the lion’s share of grey energy could be reused and the climate-damaging construction of a new shell could be avoided.” the German architecture firm said.

The single-storey façade of the multi-storey car park facing Wilhelmsaue was clad with aluminium louvres and given a colour scheme similar to the main façade. A roof terrace of approx. 145 m2 was built on the roof of component 3.

In the course of the far-reaching refurbishment measures of the nine-storey office building complex, the office floors of initially two of the four high-rise buildings were converted and equipped with a pressure-ventilated staircase as well as a fire brigade lift. 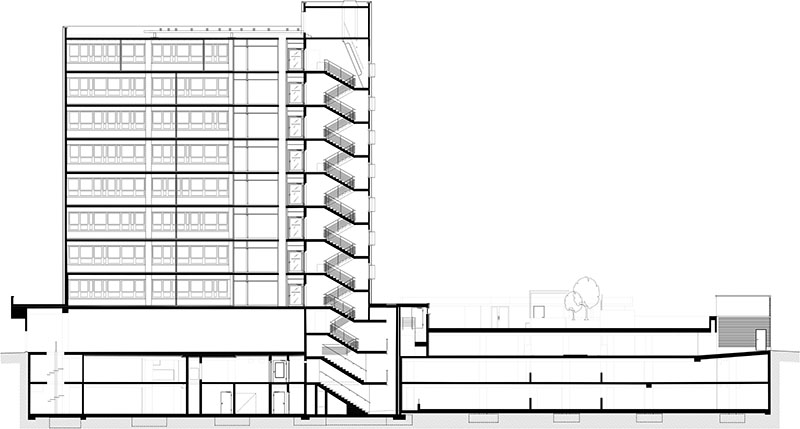 The WU concrete quality was realized according to design principle C indicated by the German Committee for Reinforced Concrete (DAfStb). With design principle C, locally larger separating crack widths are permitted, which are subsequently closed with separately implemented sealing measures. To reduce the residual risk, for example, in areas that are difficult to access, the use of fresh concrete composite foils as an additional sealing layer can be considered.

Waterproof concrete is usually used in structures that, for example, lie underground as a cellar and are externally exposed to pressurized water.

Furthermore, according to the guideline for securing and repairing concrete components, concepts were developed and refurbished according to these, also with upgrading of fire protection qualities. 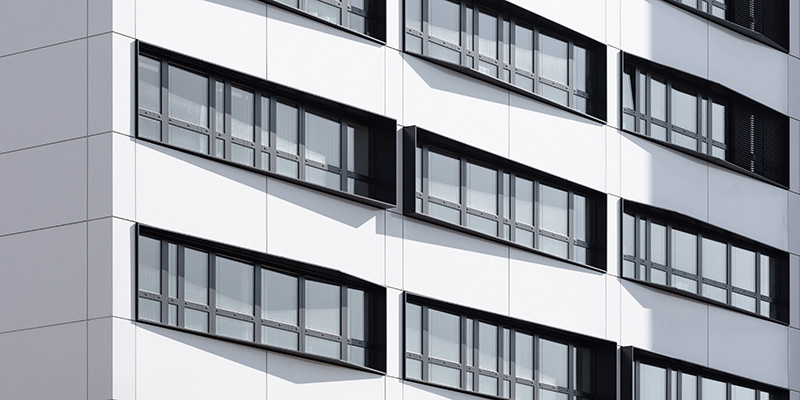 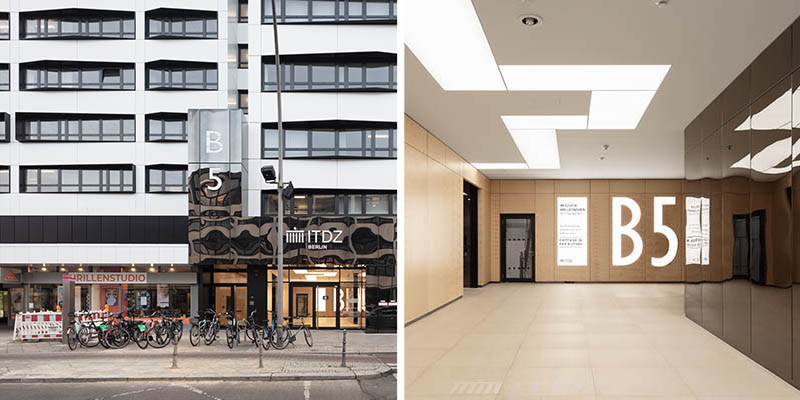 The lobby and the lift lobbies from the 1st to the 8th floor were furnished with wall cladding made of large-format, real wood veneered panels and plinths made of mirror-polished, black titanium nitrite-coated stainless-steel profiles. 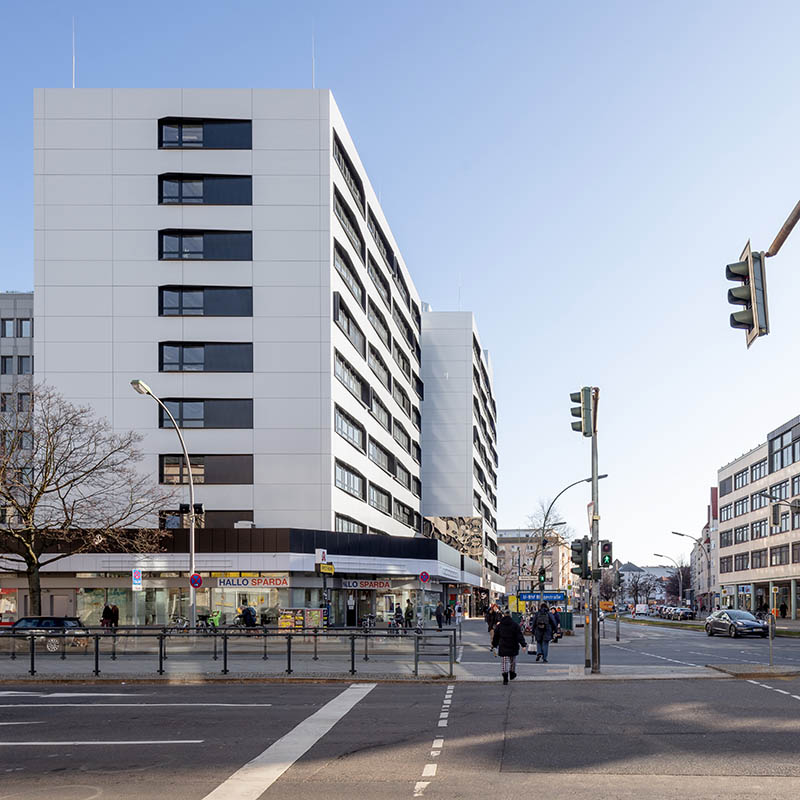 Requirements for barrier-free use of the building were taken into account during the renovation.