Built to house the Portuguese Diário de Notícias newspaper, 266 Avenida da Liberdade is being converted into a luxury residential building by the a Portuguese architecture studio Contacto Atlântico.

At the top of luxurious Avenida da Liberdade of Lisboa, the iconic Diário de Notícias building, now called “266 Liberdade”, has been the target of a remarkable and careful residential project, where all the characteristic artistic and architectural elements have been preserved.

Built between 1936 and 1940 and designed by architect Porfirio Pardal Monteiro, Diário de Notícias building stood out as the first modernist building on Avenida da Liberdade.

Porfirio Pardal Monteiro was one of the most active Portuguese architects of the modernist generation of the 1920s and 1940s. He was also responsible for the Cais do Sodré train station, the National Library, the University of Lisbon, the Hotel Ritz/Four Seasons or Hotel Tivoli and numerous other projects.

Renamed “266 Libertade, the former Diário de Notícias is a building rich in history containing some works from Almada Negreiros, created especially for this space, including the “Great Planisphere” or the “Four allegories to Portugal and the Press”, which has been preserved. 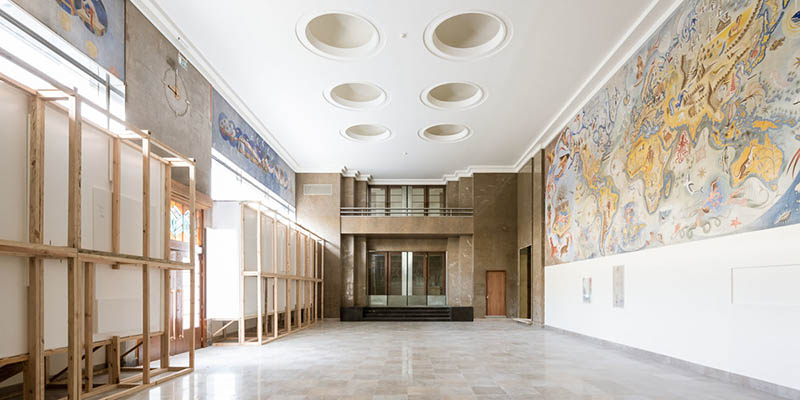 On the opposite side is another “fresco”, depicting a map of Portugal with allegorical figures in regional costumes, from the Trás-os-Montes and “Varinas de Lisboa” women, to the Alentejo harvesters and the Algarve fishermen.

With 1,300 sqm and access by both Avenida da Liberdade and Rua Rodrigues Sampaio, the old public hall of the Diário de Notícias building today hosts a store that joins the line-up of distinguished international brands. 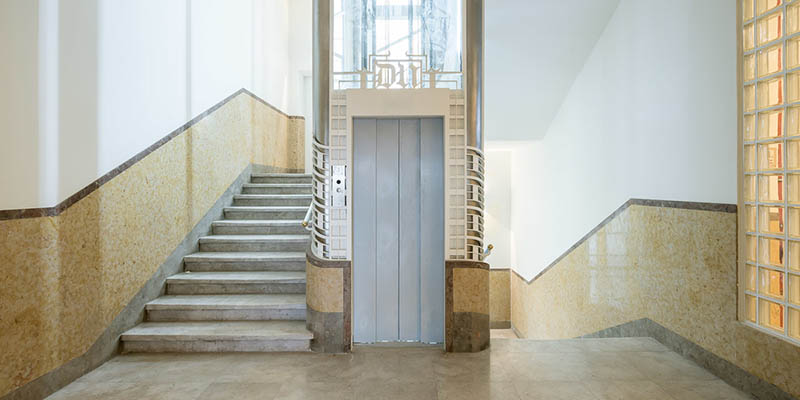 The rehabilitation project has 34 apartments with parking and preserves its facade as well as many other decorative elements and materials of the time. Areas vary between 47 and 408 m2.

All of the apartments are accessible via two entryways: Avenida da Liberdade and Rua Rodrigues Sampaio. This is a truly outstanding undertaking, whose history, location and high-quality finishes make it an undeniably attractive investment in the capital city. 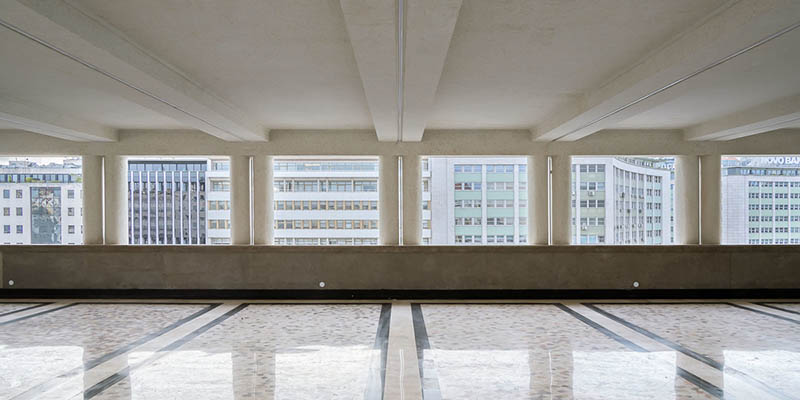 The refurbished floors and ceilings, together with the use of Portuguese marble stone from Sintra, honour and enhance the award-winning architect’s original vision.

The classical elegance of the 1940’s is brought back to the present day, redefined to ensure the utmost comfort and functionality in a modern residence with premium materials and top-notch fit-outs, essential to every day well-being. 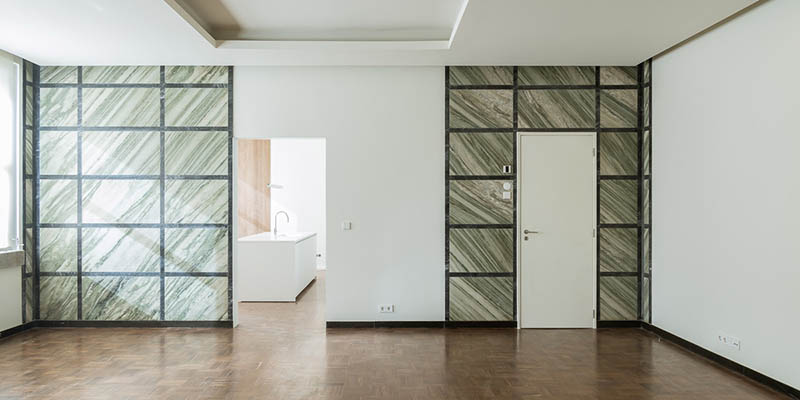 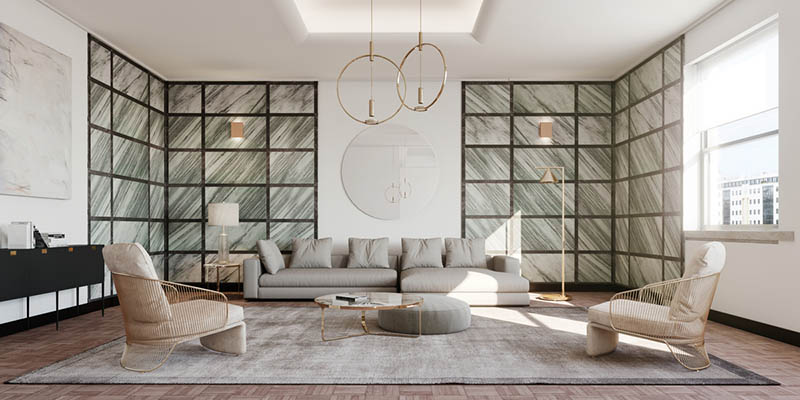 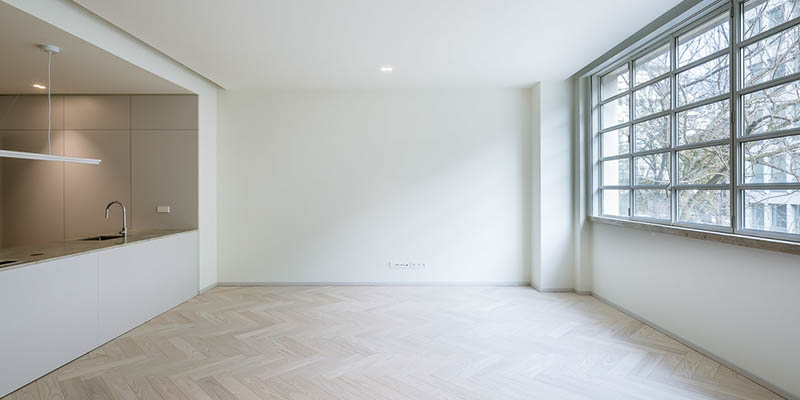 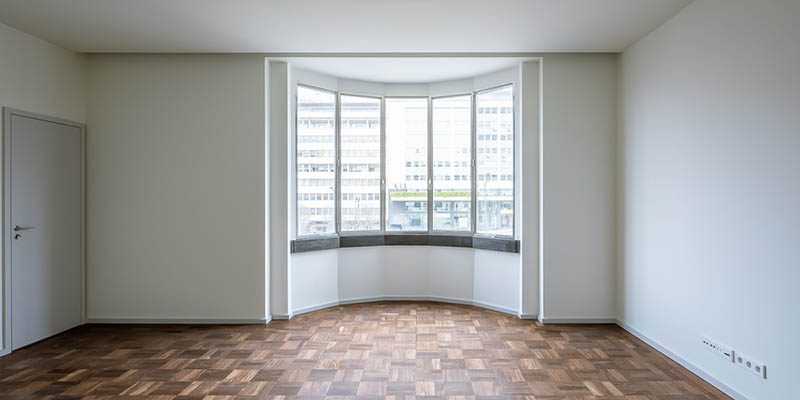 While the shop, the lobby and common areas maintain a modernist art-decò style, apartments feature a more contemporary atmosphere.

Broad windows immerse the rooms of pure, modern lines in Lisbon’s unmistakable light, warming up the common areas, bedrooms and kitchens with the distinctive Lisbon sun that shines more than 300 days per year. 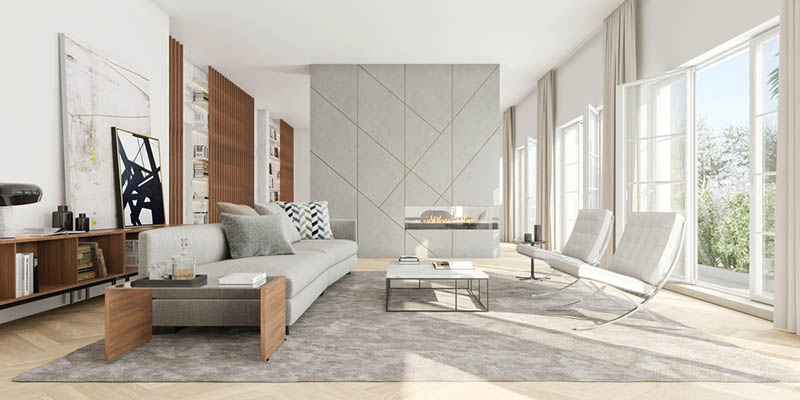 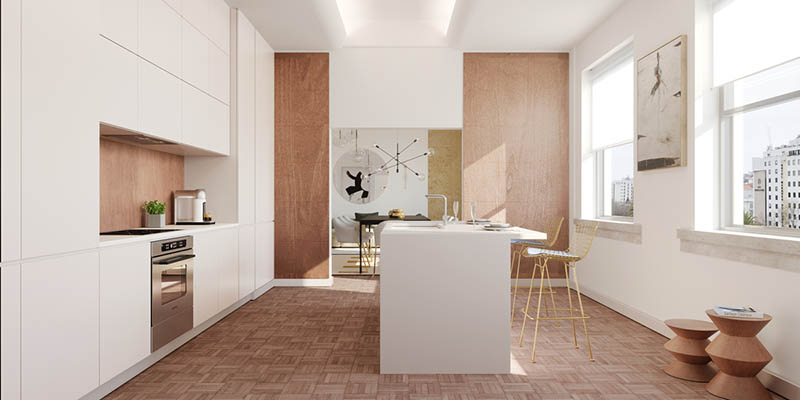 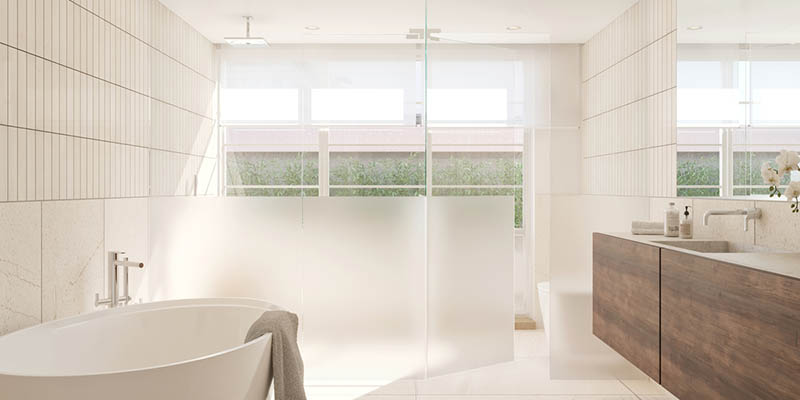 All apartments benefit from the same finishes line and equipment such as Smeg appliances, Bruma used for bathroom faucets, Porcelanosa and Rubicer for the ceramics, Fen Parkett for the wooden floors, Jansen for the windows, Thyssenkrupp for the elevetor and Saint-Gobain for the doors.

This curated rehabilitation makes users feel like a part of the Portuguese history.