Bag of prizes for Fenix I by Mei architects and planners

Bag of prizes for Fenix I by Mei architects and planners

In a short period of time, the special building has gained international recognition and can rightfully call itself one of the most awarded transformation projects of the past year.

With almost 45,000 m2 of mixed-use space, Rotterdam gained another bold and iconic building. Fenix I is not just an architectural landmark, but is also in technical terms a great work of art.

The Fenix warehouses, located opposite Hotel New York and the Rijnhaven Bridge, were built in 1922 due to the considerable expansion of the fleet and number of routes of the Holland America Line at that time. The architect was Mr C.N. van Goor. The warehouse was called the San Francisco warehouse and was an impressive 360 metres long, making it the largest shipping terminal in the world at the time.

The concrete facade was characterised by large loading decks. A special feature of the warehouse were the two railway lines running through the building, and the freight elevators that lorries could use to load and unload their goods onto the first floor. 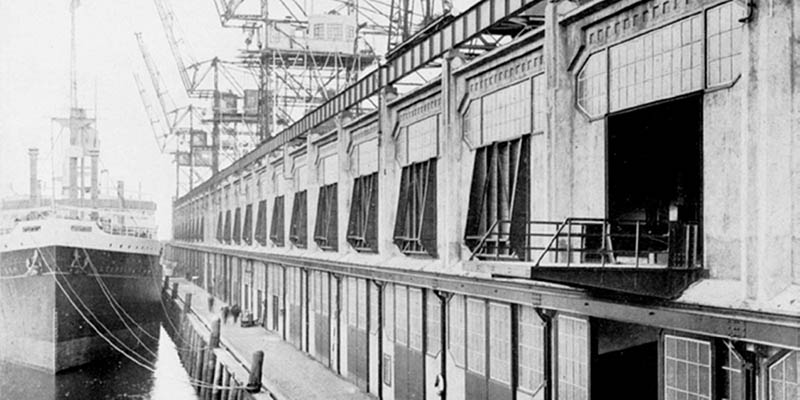 At the end of World War II, large parts of the quay were destroyed. In the early 1950s a fire (presumably originating in stored cocoa) caused substantial damage to the central part of the warehouse.

In 1954, the warehouse was restored into two buildings and expanded and widened on the quay side. In the middle part, a square with canteen building was realised (the current Fenixplein and canteen Walhalla) flanked by the rebuilt warehouses, Fenix I and Fenix II. In the 1980s port activities moved westward and the warehouses fell into disuse.

Since 2007, the city of Rotterdam committed to the restructuring and transformation of the Katendrecht district. The Deliplein in particular was an important part of this project. Over time Katendrecht transformed from a disadvantaged area into a trendy and most popular district, with numerous culinary, creative and cultural enterprises. 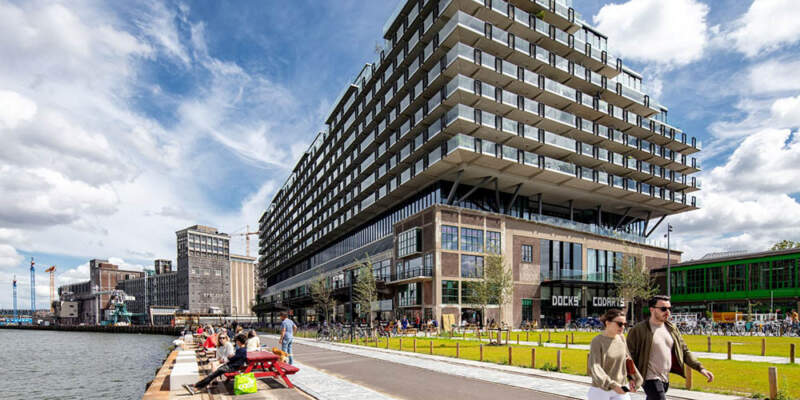 Around 2009, Heijmans started planning for the development of the Fenix I warehouse. After examining the surrounding building volumes of the Rijnhaven, in consultation with the City Development Department, it was decided to add extra volume on top of the warehouse.

In 2013, Mei architects and planners won the architectural tender for the redevelopment of Fenix I. 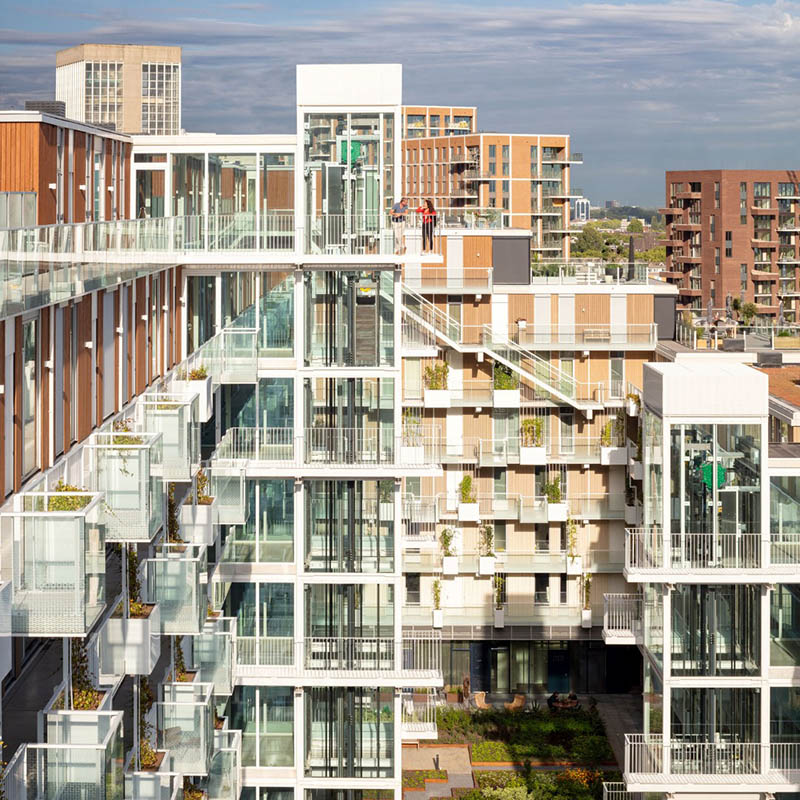 Fenix I by Mei architects and planners is a residential volume with more than 200 loft apartments placed on top of the former warehouse. These lofts are developed entirely according to the wishes of the buyers in terms of size and lay-out, and in some cases divided over two floors by means of a mezzanine.

Through the existing monumental Fenix warehouse an immense steel table structure has been built, comprising of approximately one kiloton (1 million kg) of steel. 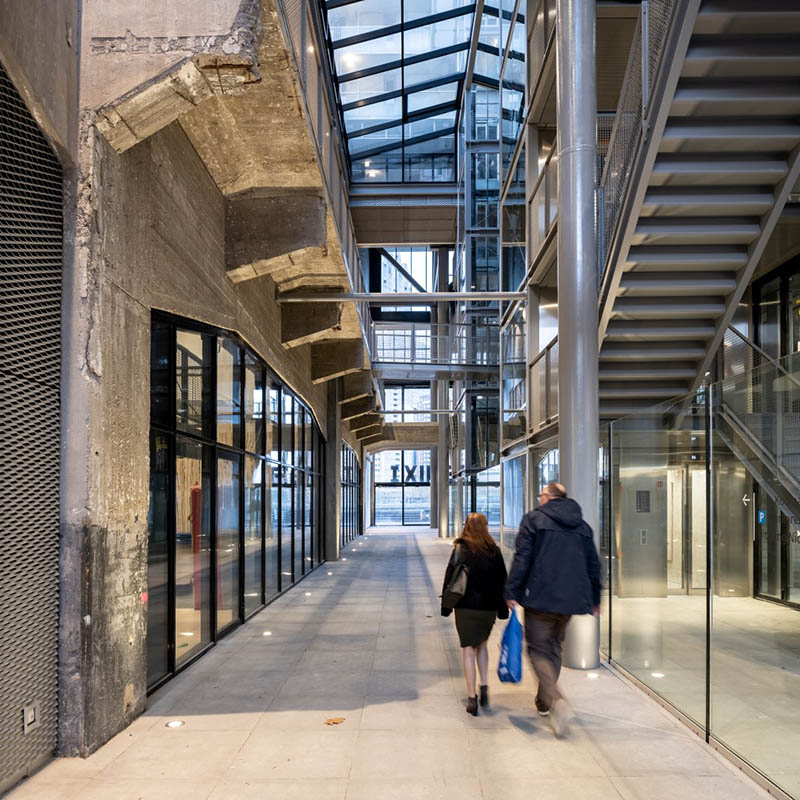 By using this immense table construction of steel, the historic building could be preserved as much as possible and space was created for local entrepreneurs of whom many were already present in the area; Fenix ​​Food Factory, Conny Janssen Danst, Codarts and Circus Rotjeknor. A public passage runs straight through the building, connecting the city side with the quay. And on the roof of the historic warehouse a communal courtyard has been created, adjacent to the galleries that provide access to the houses. The existing has been merged with the new building, resulting in an impressive and iconic building. 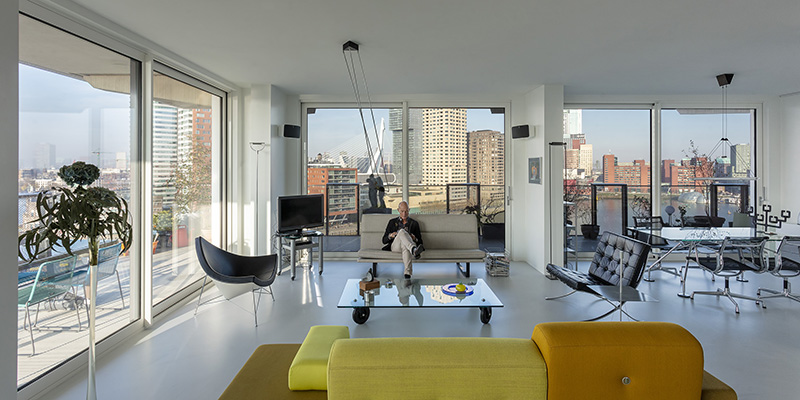 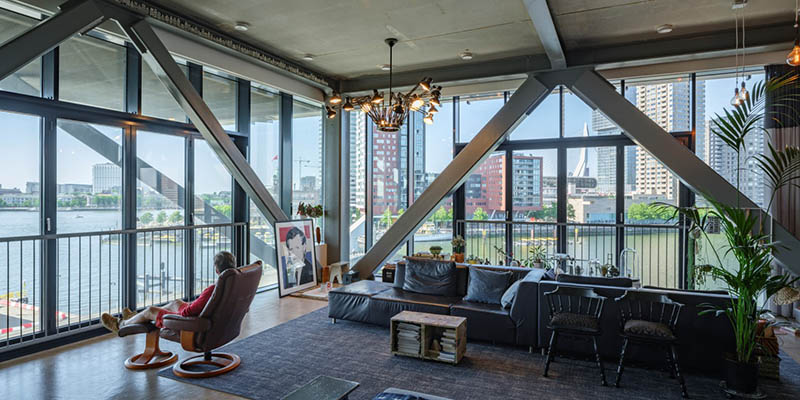 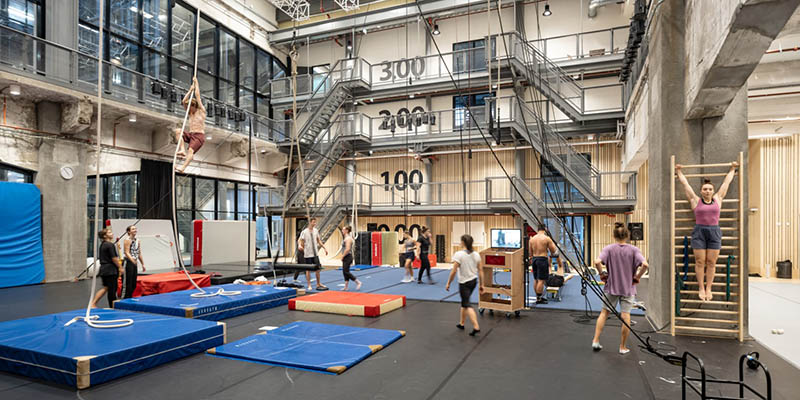 This loft concept with a high degree of flexibility and buyers’ influences is on this scale a unique concept in Europe.

The former warehouse is now a mixed-use space, with quay houses, offices based on the loft typology, a public parking garage, B&B, catering facilities and an extensive culture cluster.