This year for the first time in the history of the Pritzker Architecture Prize, that was founded 1979, there are three winners!

Rafael Aranda, Carme Pigem and Ramon Vilalta from RCR Arquitectes have been selected as the 2017 Pritzker Architecture Prize Laureates, announced Tom Pritzker, Chairman of Hyatt Foundation, which sponsors the award that is known internationally as architecture’s highest honor. 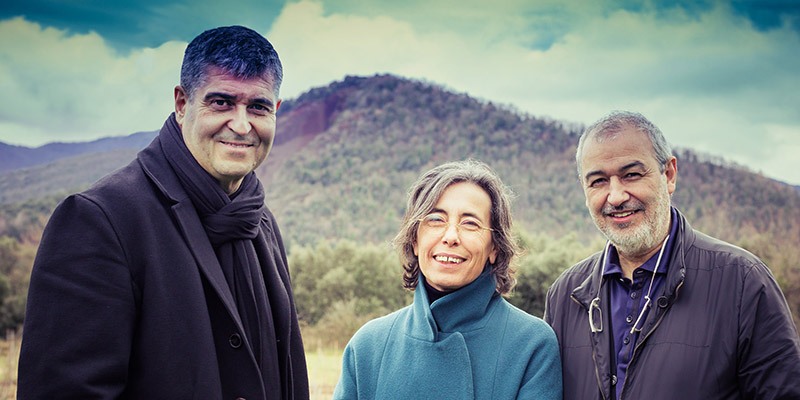 The three architects, originating from Olot, in the Catalonian region of Spain, have worked together collaboratively since founding their firm RCR Arquitectes, in their hometown in 1988. Their work demonstrates an unyielding commitment to place and its narrative, to create spaces that are in discourse with their respective contexts. Harmonizing materiality with transparency, Aranda, Pigem and Vilalta seek connections between the exterior and interior, resulting in emotional and experiential architecture.

Their architecture understand the context where they are working. Any time they aproach a new project they study very closely the landscape, the history, the context and the culture of that place. They are used to ask themselves the questions “what type of building should be here? what are the functions?”. They usually try to get the essence of the space they are creating. Another aspect of their work are the connections between landscape and architecture. An this is somenthing that the outside often filters into the inside of the building and this combine in terms of light or seen to the countryside or the dialogue between the materials and the countryside, the colors and the texture. Their architecture is local, sensitive to the context, but at the same time global and universal. Their work can only be in one place at one time, they are very very linked to the present and to the context where they built” (Martha Thorn – Executive Director of the Pritzker Architecture Prize and Dean in the architecture school at IE University in Madrid)

Mr. Aranda, Ms. Pigem and Mr. Vilalta represent the first time that three architects together are honored with the prize. Their intensely collaborative way of working together, where the creative process, commitment to vision and all responsibilities are shared equally, led to the selection of the three individuals for this year’s award. As the winners of the 39th edition of the Prize, it is the second time that laureates hail from Spain, following Rafael Moneo who received the award in 1996. In response to being named the 2017 Laureates of the Pritzker Prize, Ms. Pigem states: “It is a great joy and a great responsibility. We are thrilled that this year three professionals, who work closely together in everything we do, are recognized.”

“The jury has selected three architects who have been working collaboratively for nearly three decades. Mr. Aranda, Ms. Pigem and Mr. Vilalta have had an impact on the discipline far beyond their immediate area. Their works range from public and private spaces to cultural venues and educational institutions, and their ability to intensely relate the environment specific to each site is a testament to their process and deep integrity.” (Mr. Pritzker)

The locally-based architects evoke universal identity through their creative and extensive use of modern materials including recycled steel and plastic. “They’ve demonstrated that unity of a material can lend such incredible strength and simplicity to a building,” says Glenn Murcutt, Jury Chair. “The collaboration of these three architects produces uncompromising architecture of a poetic level, representing timeless work that reflects great respect for the past, while projecting clarity that is of the present and the future.” As such, an early 20th century foundry has become their office, Barberí Laboratory (2007), and many remnants of the original building have remained, blended with highly contrasting, new elements, which were added only where essential. 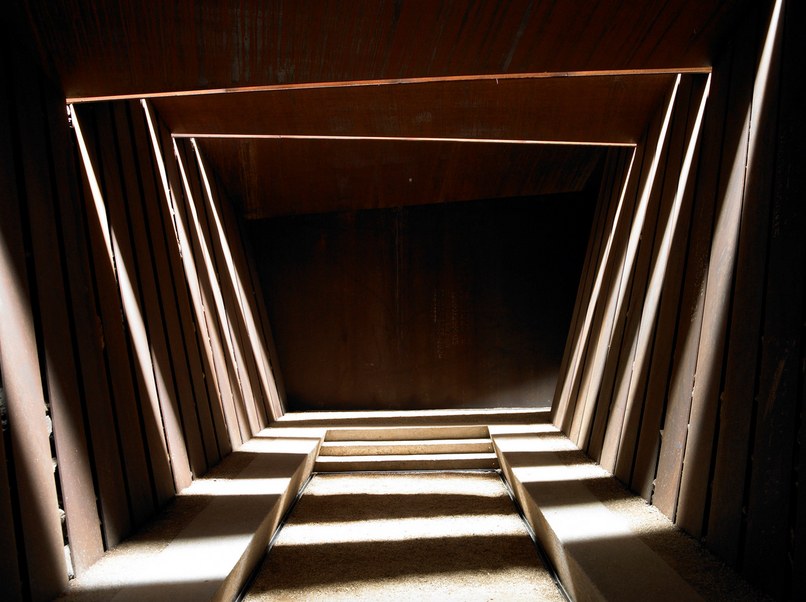 Notable projects include La Cuisine Art Center (Nègrepelisse, France, 2014), Soulages Museum in collaboration with G. Trégouët (Rodez, France, 2014), La Lira Theater Public Open Space in collaboration with J. Puigcorbé (Ripoll, Girona, Spain, 2011), Les Cols restaurant marquee (Olot, Girona, Spain, 2011), El Petit Comte Kindergarten in collaboration with J. Puigcorbé (Besalú, Girona, Spain, 2010), Bell-Lloc Winery (Palamós, Girona, Spain, 2007), Sant Antoni – Joan Oliver Library, Senior Citizen’s Center and Cándida Pérez Gardens (Barcelona, Spain, 2007), and Tossol-Basil Athletics Track (Olot, Girona, Spain, 2000).
The 2017 Pritzker Architecture Prize Jury Citation states, in part: “we live in a globalized world where we must rely on international influences, trade, discussion, transactions, etc. But more and more people fear that because of this international influence…we will lose our local values, our local art, and our local customs…Rafael Aranda, Carme Pigem and Ramon Vilalta tell us that it may be possible to have both. They help us to see, in a most beautiful and poetic way, that the answer to the question is not ‘either/or’ and that we can, at least in architecture, aspire to have both; our roots firmly in place and our arms outstretched to the rest of the world.”
In 2013 Mr. Aranda, Ms. Pigem and Mr. Vilalta founded RCR BUNKA Foundation to support architecture, landscape, arts and culture throughout society. They have been consultant architects to the Natural Park of the Volcanic Zone of La Garrotxa since 1989. Much of their work may be seen throughout Catalonia, Spain and greater Europe. They remain based in Olot.
2017 Pritzker Architecture Prize ceremony will take place at the State Guest House, Akasaka Palace in Tokyo, Japan, on May 20, 2017.
Tags: 2017 Pritzker | RCR Arquitectes
2019-02-15T09:16:58+01:00