With the project called Cortile della Seta in via Moscova 33 in Milan, Asti Architetti has redeveloped a significant “piece” of the city of Milan with a project, meant for retail and office spaces, that defines a large part of the block, steeped in history.

This LEED certified building is part of our Fuorisalone 2022 itinerary.

Set between via Moscova and via Solferino, the building used to host the headquarters of the Società Cooperativa delle Sete and, over the years, was transformed into a bank. Asti Architetti’s project redesigned the street front, the large covered courtyard and the new glass roof.

The renovation and repositioning of the building at 33 Via Moscova, supervised by Asti Architetti with the support of Buckley Gray Yeoman, and developed by Savills Investment Management SGR S.p.A – which relied on the contribution of Eurotekna as Development Advisor and Project & Construction Manager – owned by Sericon Investment Fund, has been completed. 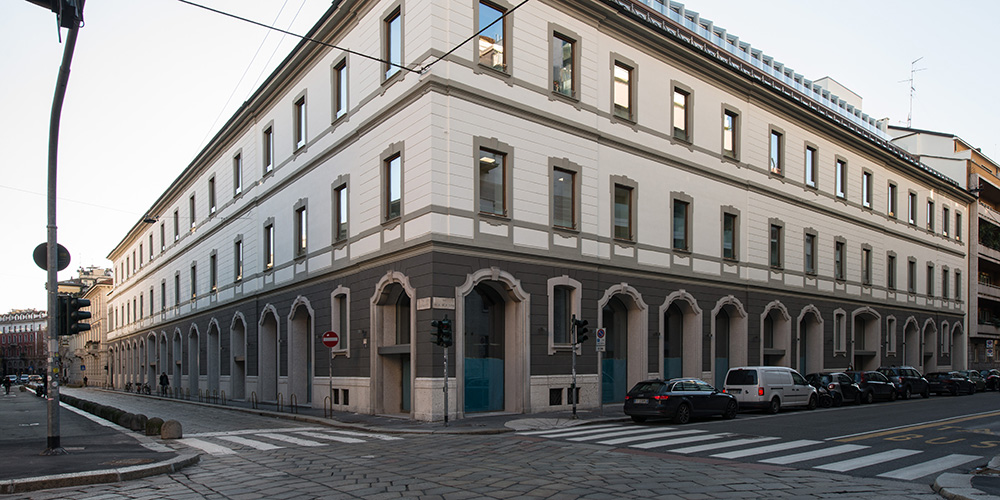 The Banca Popolare Commercio building – situated on the corner between Via Moscova and Via Solferino – has undergone many transformations: first it was a barracks for the Napoleonic Cavalry and then a military bakery for the Austrian government and, towards the middle of the nineteenth century, it was transformed into the “Cortile della Seta” (Silk Courtyard) becoming a hub for trade negotiations and a meeting place for silk merchants and artisans, the so-called bigattèe (silk workers). 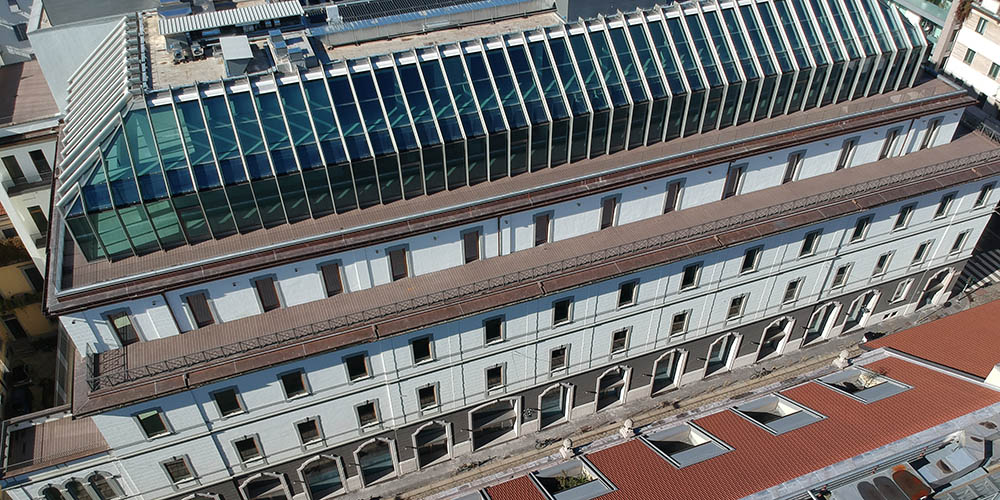 The Società delle Sete (Silk Society) had built a huge building on the corner of Via della Moscova and Via Solferino with a large central covered space that was used for commercial negotiations and, originally, for storing and maturing cocoons.

Once the silk sector was in decline and the purely technical functions were discontinued, the Bank turned its focus to other directions, also by taking over real estate properties and, in 1951 it became “Banca Popolare Commercio e Industria”.

The new building was not inaugurated until 12th June 1954, and the new premises were considerably extended and restored. Originally used as offices and bank branches, the building has kept over time its important function as a representative office and has defined, through the development of its façades, the outline of a uniform, unadorned curtain.

Asti Architetti’s redevelopment work on this typical Milanese building – a four-storey urban block with an internal courtyard and a covered arcade at street level  –  is the result of a continuous transition between maintenance and new construction, creating a successful combination of old and new. 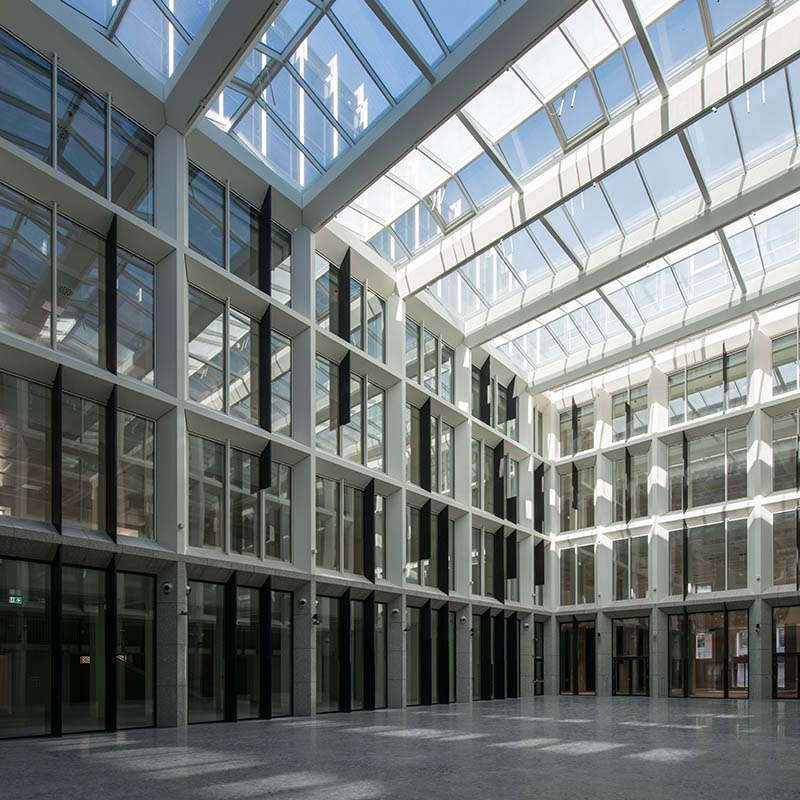 “The restoration project has not distorted the perception of the city and its neighbouring buildings, on the contrary it was aimed at enhancing the relationship with the surrounding urban context”, Paolo Asti underlined.

The original windows on the street fronts have been enlarged: the geometry of the new windows is designed to preserve the original features of the façade and is consistent with the surrounding urban fabric: “the shape of the new windows – aligned with the original windows on the upper floors – was inherited from the current bank entrance at the corner between Via Moscova and Via Solferino, added during post-war reconstruction in 1954”, the architect points out. 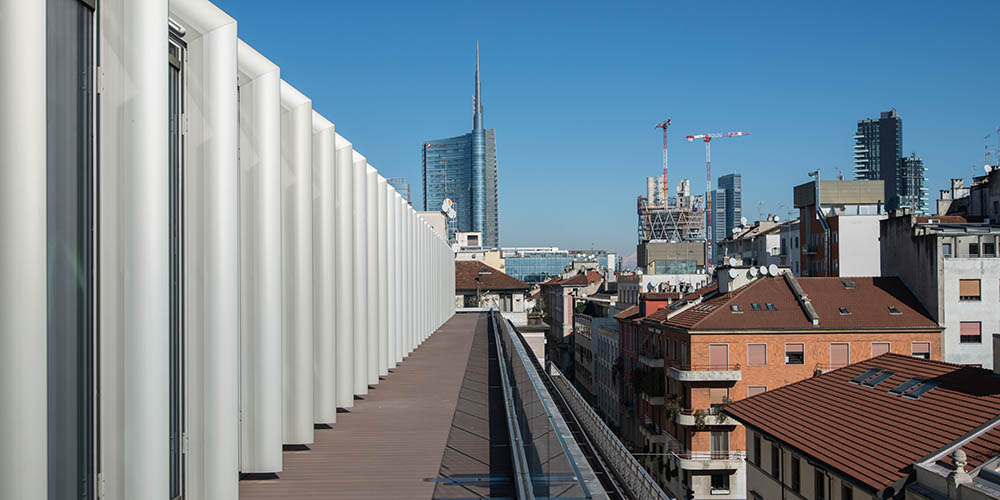 The transformation of the basement windows and lights into shop windows, along with the modification of the window frames and the introduction of concealed frames, enhances the sense of visual permeability with the city and conveys a modern image to the building.

Another important intervention was the positioning of a new glass roof over the central courtyard, consisting of a series of sheds of different sizes; this type of roof not only provides a considerable amount of daylight, but it is meant as a reference to its original industrial use and function. 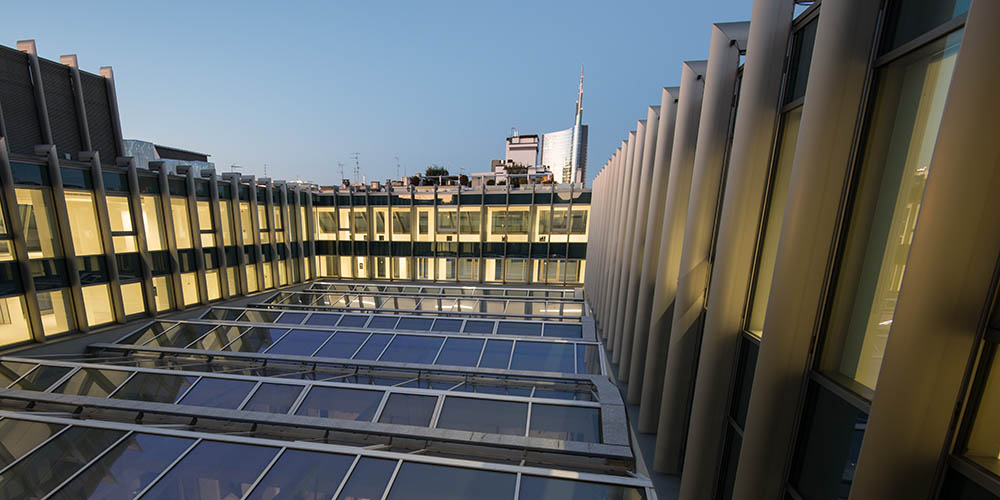 In fact, the shutter of this new roof is unaltered compared to the original roof, which dates back to 1904. Thanks to this new roof the filtering of natural light has been improved and the air exchange regulated also because the structure is equipped with a mechanical opening system.

The purpose was to maintain the perception of belonging to an architectural “unicum”, while raising its quality and energy performance, also thanks to the use of modern architectural elements for the design of the façades overlooking the central interior space which has been redeveloped with a new “covered square” and multifunctional layout. 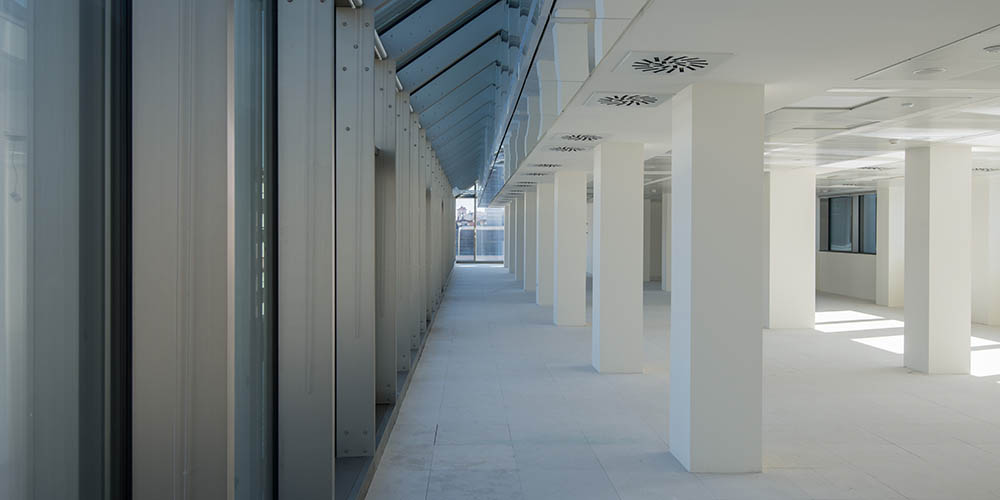 The building is home to both retail and office facilities. 75% of the office space has been leased to Loro Piana, including the internal courtyard, and two further lease agreements have been signed – with Flexform S.p.A. and Calligaris Group (for the Calligaris, Ditre Italia and Luceplan brands) – for two retail units.

The top two floors, refurbished with continuous glazed cladding, appear as a veritable “lantern” over the city, deliberately detached from the historical context below, stand out as a privileged workplace: bathed in light, overlooking Milan.

As Paolo Asti points out: “the glass roof is the shell structure of new volumes that have been extended upwards as a result of skilful movement of the internal surfaces.“